Not sure if it's been mentioned but could it not be because they've already got a red coaster that (used to at least) dominates the skyline? May as well change it up and have a contrast, and aye if the cars are going to be F1 style the track being black will follow it being a race track.

andrus said:
I think the bolder colours will look great in the Mediterranean climate! Plus asphalt = black, meaning it's a very logical choice of track colour
Click to expand...

I think this hypothesis makes a lot of sense. If the coaster is themed after racing, why not paint it to simulate asphalt? Maybe a black tower and red track would have been a better combination in my opinion, but PortAventura is a bit special using the colour palette (remember how everyone reacted when we found out that Shambhala would be white with green rails? And now it has grown on most of us...). 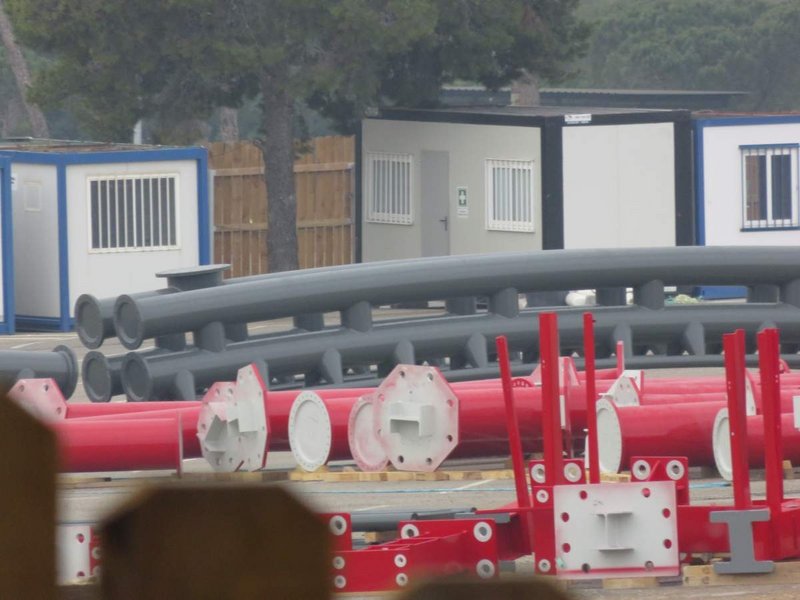 So, the black/dark grey track is not just for the transfer track...

And it looks like Europe's getting the first new-generation track from Intamin... cool) By the way, the crane from the guys at RCS is already there, so expect vertical construction to start in a matter of days...

That track looks sweet! Great to see RCS on site.
A bit of a bummer we won't get to ride this until 2017 though...

I can't wait! That coaster is going to look so amazing. Colours are good too! Is there anymore supports done? :--D

A friend of mine is at the park right now and has sent me the following pictures. Enjoy! 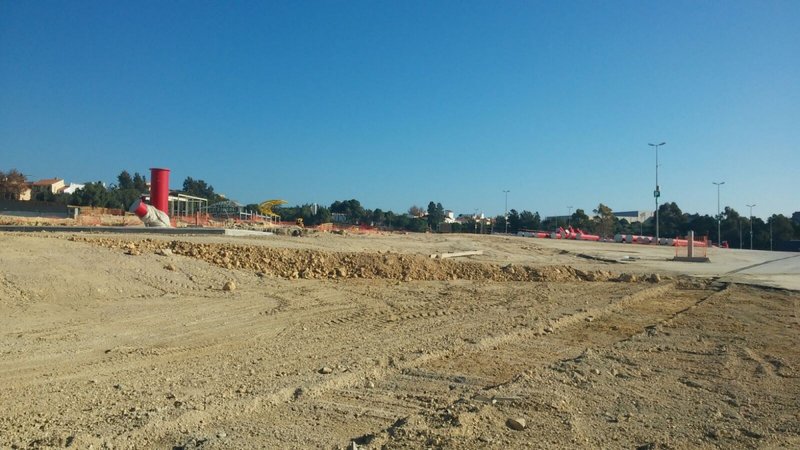 It looks like more supports for the main tower are already on site... 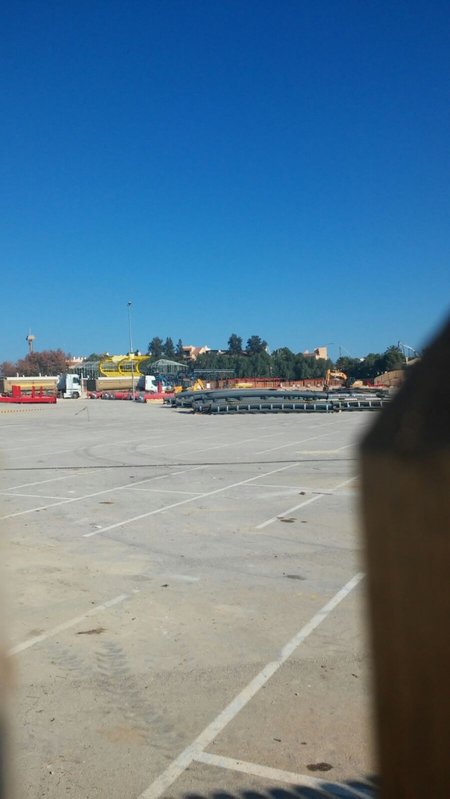 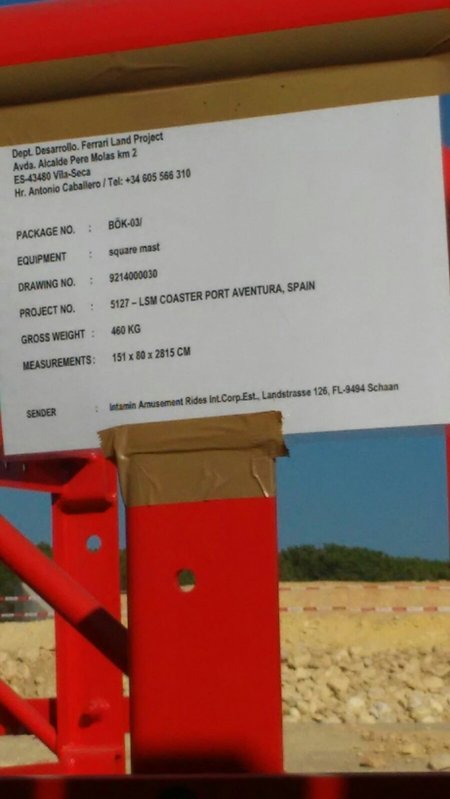 TA-DAH! Not that we weren't expecting it though lol 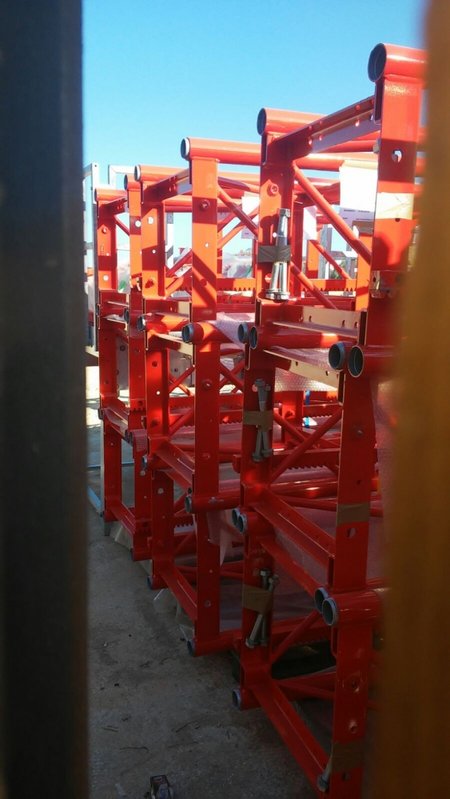 Supports for the maintenance elevator... 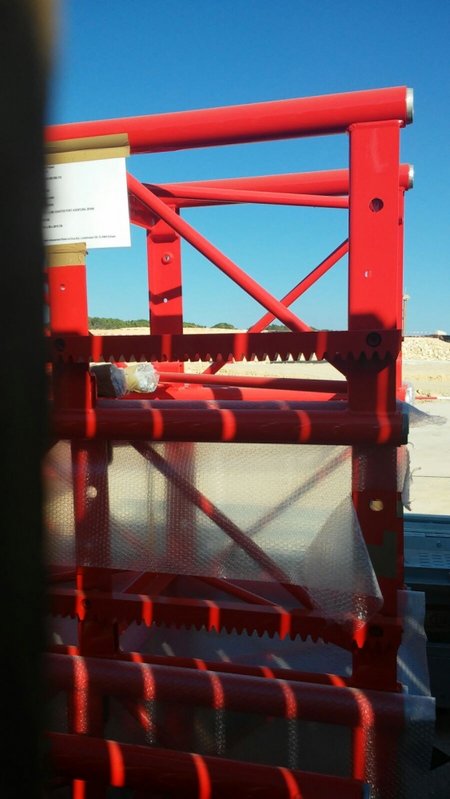 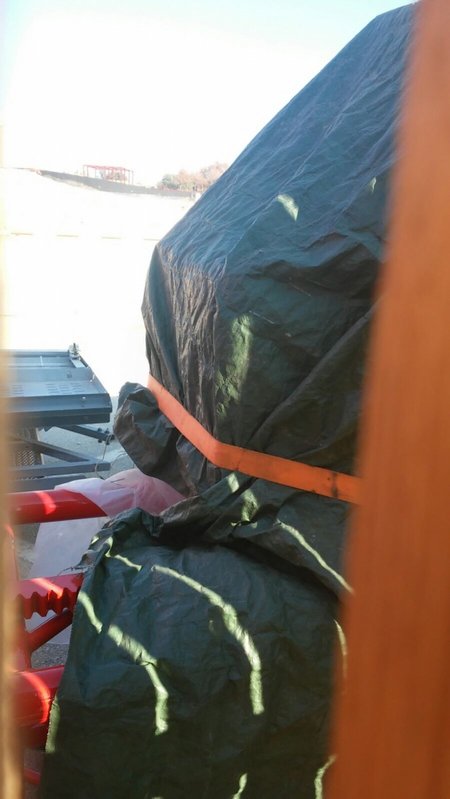 And the elevator cart that will help the maintenance guys do the daily checks or give the coaster a little push if it ever pulls a TTD...

Hopefully as soon as the park closes for the season on January 6th construction will pick some pace...

I hope there's a pause before the launch, or it launches out of the station, as those are the stronger LSM launches.

So it's inferior to it's American cousins in every **** ing way.

Although I like magnetic launching technique moving forward and I'm really curious to see this new launch I'm a bit disappointed.
No way it will hold up to the american counterparts in terms of intensity.

Agreed, it definitely won't be the most intense job out there, but, when you have Baco in the park next-door that has a really intense launch, is an intense launch REALLY needed? I don't think so. The main attribute of Furius Baco is it's launch and terrain hugging layout - the main attribute of this coaster is the large vertical tower that you ascend and descend at great speed, they're completely two different types of experiences.

I'm not trying to explain the experiences to you, I know you're well enough knowledgable to know the difference, I'm merely explaining that the intensity of the launch actually won't matter, at all.

^Apart from the launch is normally the best part of these type of coasters for most people. You just don't get that initial burst of acceleration with LSM's.

It's kind of weird how the launch system has gone full circle. LSM launches were around years ago with Rock n rollercoaster, Superman the escape etc.. Then hydraulic launches came along with Xcelerator and really made LSM's look rather tame and the launch coaster became extremely popular. Now we are back at LSM's again.

The main tower is finally going up... And this pictures pretty much confirms what we already knew; the twin drop towers will be made by S&S:

I still can't help be feel this is just too small to be a separate park and would work so much better as just another area.

owentaylor121 said:
I still can't help be feel this is just too small to be a separate park and would work so much better as just another area.
Click to expand...

This. There's what? 4 rides/attractions, plus some restaurants and some shops. I think it'll operate separately for a year and then be combined into the main park in 2018. Not enough repeat business for a standalone park.

You see, I disagree with you both. This was discussed at the very beginning of the project.

This is my opinion on the matter:

It's great that they're separate parks - 1) for fans of Ferrari, or F1, or motorsports of any form might want to go the new park without going to the main park as they may not be the biggest fans of rides. By having this as a 'sector' in the new park, they could well be put off by going and therefore, PA would be alienating clientele.

2) It's not just the park being built, that huge hotel is also being constructed, and that alone will make this project feel much more substantial.

3) The areas of PA are not defined by singular product in their own rights - i.e., they are not 'themed' to an IP, (apart from Sesamo, which was to entice younger audience by creating a defined mental preset of an existing product). If Ferrari Land became part of the existing product (the PA park itself), this would become very disjointed and not 'flow' easy enough.

4) The fact it's a 'new park' is much more impressive on paper and in all press releases than saying 'a new area of XX park'.

5) We don't know what the deal with Ferrari was? For all we know, this could have been a clause of this happening, either by the park itself or by Ferrari.

6) Due to the location of this new park itself, it would be a logistical nightmare to actually 'join' it to the rest of the park with having Hotel Port Aventura right bang in the middle, then Baco on the other side of that, meaning that you'd need to 'join' it up between Baco and Tutuki, then walk all the way back, it'd take at least 5/10 minutes walking - plus, you'd see all of the 'off show' backstage areas, which are all pretty grimy up that way.

7) It's much more of a destination resort now. They've joined Disney with having '2 parks, 1 location' in Europe, this works wonders for enticing people thinking they have value for money by coming to stay at the resort, when in reality, little discount is actually offered to them.

These are all business reasonings as to why the parks are separated (in my eyes) and if I was running the park, I'd do exactly the same as what they have done and keep them separate.

I don't have a problem with it being a separate park because ad you have said it has worked wonders for Disney, my problem is the size of it, I mean it has 4 attractions, it just doesn't seem substantial enough to be a separate park if that makes sense, the hotel will definitely help, but I wonder how many people will be staying at that hotel because of Ferrari Land or because it's part of PortAventura? I think if they rapidly expand this park it will work well, as another park but right now it just seems too small.

They could do a transportation ride that Universal did to combine USO and IOA. It could be a simple tram, or a heavily themed(to Ferrari) ride to transport people to and fro the main park and the Ferrari area. Although, with them marketing it as a separate park, I'd think they'd have an upcharge to transport between the 2 parks.

GuyWithAStick said:
They could do a transportation ride that Universal did to combine USO and IOA. It could be a simple tram, or a heavily themed(to Ferrari) ride to transport people to and fro the main park and the Ferrari area. Although, with them marketing it as a separate park, I'd think they'd have an upcharge to transport between the 2 parks.
Click to expand...