davidm said:
That launched water thing (odd, I had not seen that before) looks much more like a launched Divertical/Speed than an Aqutrax. The coaster bits on those water coasters are very lame compared to the "true" Aquatrax IMHO.
Click to expand...

Yeah, my thoughts exactly. Aquatrax 2.0? Please. It's almost like you haven't seen Aquatrax 1.0...

Out of interest, how does Atlantis Adventure actually ride, if anyone's been to Lotte World and ridden it?

Does it ride like Divertical? Or is it a little more intense?

Matt N said:
Does it ride like Divertical? Or is it a little more intense?
Click to expand...

I haven't ridden it, by the way, but of course it's more intense.

Hixee said:
I mean, seriously mate. Do you THINK it looks like it would ride anything like Divertical?

I haven't ridden it, by the way, but of course it's more intense.

I haven't actually seen a POV of Atlantis Adventure, to be fair...

Matt N said:
Oh my... if this turns out to be a launched Intamin water coaster, all of those AquaTrax jokes are finally coming true!
Click to expand...

Yh aha ? Holiday World are listening to the bandwagon ??

The blueprints show a lift - you can see the A-frame supports coming off the straight piece of track to the left of the station.

One thing that I did notice when we were there on Sunday, which ended up being a surprise since I don't recall any news regarding it - the half pipe slide on Hyena Falls was removed sometime this past offseason, possibly due to its proximity to the splash pool.

Finally, I mentioned in my trip report topic that the overarching theme of the park's Thanksgiving section has to do with some lore that very few people know about. We all watched Thunderbird's teasers and were kind of baffled by this random thunderbird coming out of nowhere to save the pilgrims during the storm. As it turns out, this is a huge part of Native American legend - the thunderbird is viewed among various native nations as a god-like creator and protector of the earth and all its beings. That alone right there clears up how Thunderbird relates to Voyage and ties in to Thanksgiving...but there is a third part to this lore that's even more unknown. According to Native American legend, there is a water panther being that essentially acts in opposition to the thunderbird. Supposedly, it was this water panther that started the storm that almost ended the pilgrim's voyage to the new world with the intent of sinking the Mayflower. Judging by the cat themed teasers released so far as well as these blue prints showing the ride in the Thanksgiving section AND being positioned at the start of Voyage, it's quite possible that Holiday World is completing the trio to this lore with a water panther themed coaster.

Shoutout to @Youngster Joey for reminding me of all that went down during the 66 Days at Sea teaser campaign.

If you're interested in a bit more reading on the subject... 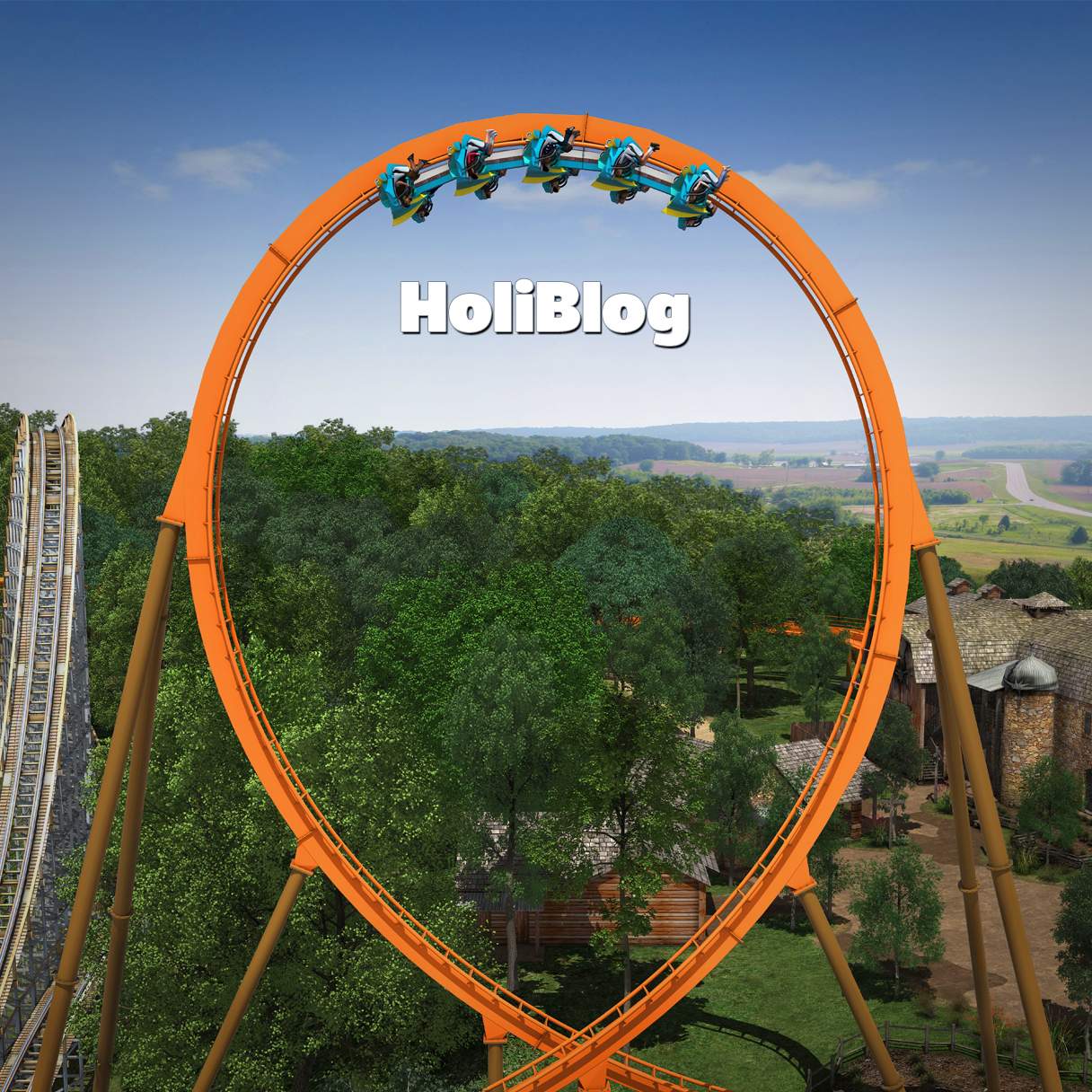 The Legend of the Thunderbird | Holiday World & Splashin' Safari

After the most amazing new-ride announcement we could have asked for, some people are a bit confused. They like the fact that we’re getting a steel coaster, but they don’t get how Thunderbird belongs in Holiday World. Especially in our Thanksgiving section. The Voyage is easily the best name...

Antinos said:
The blueprints show a lift - you can see the A-frame supports coming off the straight piece of track to the left of the station.
Click to expand...

Can you point this out? I can’t see anything that shows or resembles a lift and given the layout can’t see how they’d make a lift hill and first drop work that well. I guess the footer locations could suggest some elevated track in the straight after the station but more likely an airtime hill in my opinion.

Chris Brown said:
Can you point this out? I can’t see anything that shows or resembles a lift and given the layout can’t see how they’d make a lift hill and first drop work that well. I guess the footer locations could suggest some elevated track in the straight after the station but more likely an airtime hill in my opinion.
Click to expand...


I dug up a photo that was taken essentially at the lower most point of the red box pointing essentially in the direction of travel of the lift/launch thing. At the point where the track intersects with Voyage, there isn't much space underneath the pullout and snuggled next to the transition into the last 90 degree turn, so the track will have to go over Voyage's pullout. In addition to two sections of Voyage's track, the ride coaster also has to jump the path - that ultimately translates to a big span for the ride to jump with little room for a launch.

Also keep in mind that this ride appears to be mostly situated on the side of the hill on which Thunderbird sits and which Voyage runs up and over.

Thanks for the backstory on thunderbird. Knew it was a legendary bird but want sure how it was tied up with the pilgrim theme. Interesting.

More devils advocate stuff but didn't they say years back they wanted to reuse the pilgrims plunge station so this could be an old bit of concept art? Just saying. Did think it was eerily weird how intact the area was when I visited last month though. Just sort of caught my attention as it really is a weird gap in the park at the moment.

Cat stuff seems to point to splashin' safari though especially as they've just realised another teaser mentioning the word "slide" but that panther idea sounds awesome.

What if it is the new launched slide idea which also has been sold to china? There was a video from last iaapa or maybe a wiegand slidewheel?

http://instagr.am/p/B0yMWZ9pYan/
Is it going to be that new launched racing water slide concept?

Sent from my Pixel 2 using Tapatalk

Is there anywhere to watch the Announcement? FB Live? Insta? YouTube?

they're not livestreaming it

Youngster Joey said:
they're not livestreaming it

Ah right. No worries ? I'm actually having gut feelings of a family launch or a water racing coaster, for the dry or water park

I hope it won't be a big hyped-up disappointment.

CrashCoaster said:
I hope it won't be a big hyped-up disappointment.
Click to expand...

I mean nobody is expecting anything huge.

Hype is all in your head