The whole world has been gripped by the lost Malaysian airlines plane. But what has happened to it?

I'm struck between Pilot suicide and landed by a criminal entity, involving the pilot. Either way I think the pilot has something to do with it's disappearance.

But who really knows? What's the the communities thoughts on the event that's gripping the world.

Staff member
Administrator
Moderator
Social Media Team
In the sea. No conspiracy crap; it's not an episode of Lost.

gavin said:
In the sea. No conspiracy crap; it's not an episode of Lost.
Click to expand...

Finding the plane at the bottom of the ocean is the most realistic outcome, but WHY is it there?

Staff member
Administrator
Moderator
Social Media Team
^ Because **** happens and systems fail. I honestly think people are reading far too much into it and looking for a larger reason when there probably isn't one, based on it being such a rare occurrence.

Saying that, I know jack **** about aviation's technology, engineering and day-to-day operations, so I'm equally talking through my hoop.

I reckon some fat person ate the plane.

Hard to say, but I'm sick of all the conspiracy theory crap. Someone at work was trying to tell me that it diverted to Russia and they're keeping the people hostage but taking care of them, in order to take the media attention off Putin's crap over there.

But personally, I think it was intentional. Don't know if it was the pilot or passengers, but they've already confirmed that the communication system was turned off intentionally, and the fact it kept flying for so long in another direction is a weird one too. That doesn't just happen with a systems failure. So yeah, intentional and lost at sea.

Staff member
Administrator
Moderator
Social Media Team
^ I was surprised to find out that you could turn off the communications systems at all.

I can see that being changed fairly soon.

My brilliant dad (who I literally JUST wrote about in The Vent Thread) has concluded that this is the work of none other than everybody's favorite dictator!

He thinks that Kim Jong Un put a hijacker on the plane and diverted it to Pyongyang and now plans to do something unspeakably horrible to the passengers, fill the plane with fuel, and crash it into South Korea. They have the world's largest army. I'm PRETTY sure they don't need to borrow a plane from Malaysia if they want to crash a plane into South Korea.

I think it just crashed, personally. Seems like a pretty small flight to hijack. But I'm flying in 1.5 months and I've virtually banned all talk of this from my household since I'm terrified of flying.

Wouldn't our North Korean friend just have got a plane? Easier than stealing one of Malaysia's surely?

Jordanovichy said:
That is a rather extreme view of events I must say haha

Wouldn't our North Korean friend just have got a plane? Easier than stealing one of Malaysia's surely?
Click to expand...

He thinks it's because using their plane would allow others to know that they did it. However, I feel like if a Malaysian plane went missing and just HAPPENED to crash into South Korea which was nowhere near where the plane was going. Not to mention how top-secret Kim Jong Un's plan to nuke the US with a North Korean nuke aka bottle rocket was. We never knew he was considering it. :wink:
R

Lot of retarded theories popping up in this thread.

Putin doesn't give a **** what the EU or US thinks. He isn't worried about distracting anyone from anything, he has a strong hand and is playing it. A large portion of the EU relies on Russian gas among other things (the latest news is Russia will ask the Ukraine for the $3bill it loaned back, forcing it to default).

Why would Kim Jong need to go out of his way to hijack a plane, which would surely attract national attention, to torture 350 random people and then recreate 9/11 in Seoul?

I would believe Richard Dryfuss came back from Mashed Potato Mountain and beamed the entire plane into space before some of the nonsense posted here and by the media.

If I had to make a realistic assumption of events, it would be the following:-

The Co-Pilot was corrupt and was paid off by hijackers. He allowed them access to the pilot and they disposed of him by either killing him or rendering him unconscious.

The aircraft was then diverted to a location which was suitable to land something as big as a 777 but had low level security and could land undetected. The co-pilot turned off the communications device, and also the transponder at this point. The plane then flew across various countries towards its target but avoided been detected by radar as it was flying at a ridiculously low altitude or was left untraceable due to the 20 people on board who had access to technology that could make the plane 'invisible'. I'd be more inclined to suggest the low altitude was more realistic.

What happened after that I've no idea; it's either reached its target in a remote location or has encountered problems in flight and the plane has been lost in the ocean.

I'd put a bet on us pretty much knowing exactly what's happened within a week, even if the plane isn't found.
M

I also think the plane was hijacked as is being hidden.

Just a bit surprised no one has owned up yet.

Why would Kim Jong need to go out of his way to hijack a plane, which would surely attract national attention, to torture 350 random people and then recreate 9/11 in Seoul?
Click to expand...

Ask my dad, I'm really not sure what lead him to connect this incident to North Korea. I thought the point of them attacking South Korea would be for them to KNOW that North Korea attacked them. Not to mention that it would probably make more of an impact AND be a lot easier to just take it from South Korea in the first place. I really don't think it's feasible at all.

I DID just today learn that there was a communication problem that I wasn't aware of previously, so I feel really stupid for checking the accident option. I know think it's a terrorist attack and it's in a hangar somewhere in a remote location. 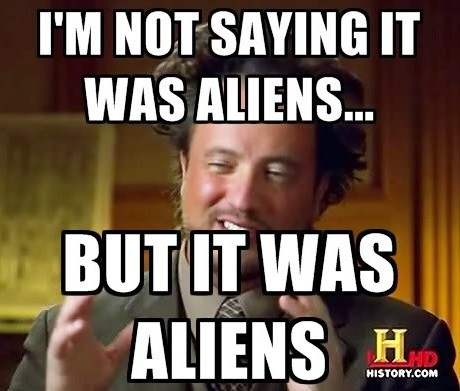 Serious answer. I reckon that the pilot went mad and has either landed it in a country somewhere for some unknown reason or it's crashed in the sea.

I very much doubt that it has landed in another country. There's no way a big plane like that could land in any country and not be known about for 10 days. I don't think it's possible for a plane to land anywhere on this planet and go undetected - A mobile phone would have been triangulated, satellite images would have picked it up and other stuff I don't really know what I'm talking about. What's the point of keeping people hostage if you're not going to demand stuff? You can't hide 200-odd bodies without some sort of governmental help.

It's most likely at the bottom of the sea.

2012Jarrett said:
My brilliant dad (who I literally JUST wrote about in The Vent Thread) has concluded that this is the work of none other than everybody's favorite lesbian dictator!
Click to expand...

Apparently it's on the moon according to one newspaper.

Ahem Ian, I already did that joke