Staff member
Administrator
Moderator
Social Media Team
Hi everybody, thanks for a smashing day. Looking forward to reading your reports and seeing your photos over the next few days. But first I think we all need some recovery time! The sun was amazing, the park was quieter than expected and we crammed loads in!

Lovely to see so many faces, both old (some very old) and new. As always, cheers Ian for organising. Fantastic to finally be back out in the real world, socialising and riding creds. Paultons was lovely as always and treated us marvellously.

Thank to everyone for being so wonderful and welcoming. It was nice to meet all of you and hopefully meet you again in future lives Sorry if I was very chatty or annoying I had a really nice day and thanks Ian for organising this live. I will definitely be coming to more lives/be a frequent face

Cheers for a great day everyone! Awesome to see some old faces as well as new ones!

Yeah, I am a tad burnt, gonna get that after sun on... 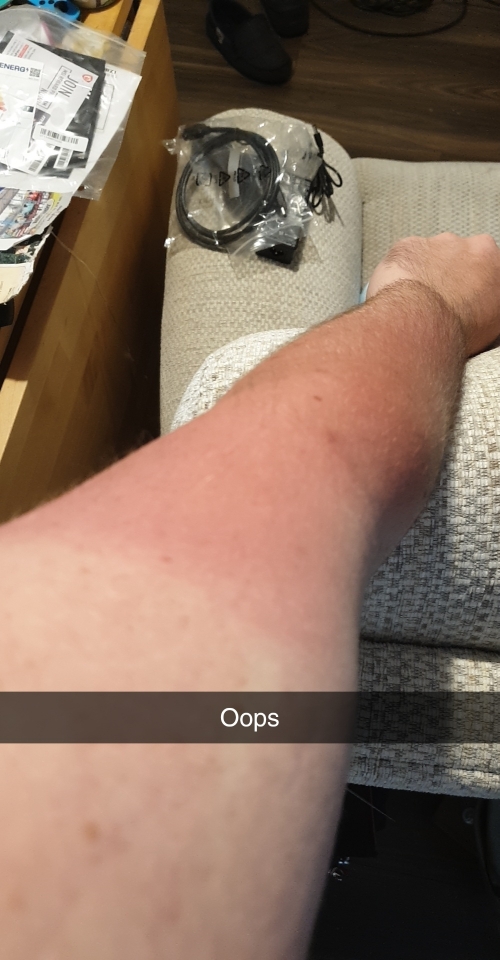 Thanks Ian for organising. It was a great day with loads of rides at a nice chilled pace.

Thanks for organising it all Ian, had an amazing day. Also, thank you to everyone for being so welcoming for my first live. It was great to finally meet a group of people ("goons") that share the same passion as me.

Thank you for organising today Ian. Smashing job on the perks!!!

Nice to see some familiar faces, but even better to actually get to talk to some of you for the first time.

P.S after 6 lives now, I don't 'think' I've ever made a group photo... I'm not doing that on purpose I promise, I just decided to go off with those who needed the creds we'd already done... (And I really don't think I could handle even one more second of Peppa Pig, after raising 2 children in the late noughties!!!)

Paulton's Park is very nice. Well worth the drive! It's absolutely immaculate for a UK Park, and whilst it definitely has some growing to do before it's a regular haunt, you can see the direction they're trying to push things in, and the level of detail they are striving for. If they keep going in that direction it has the potential to be head and shoulders above anything else in the UK. It was also lot more 'thrilling' than I expected, if they plan to expand into the thrill market more, whilst maintaining that level of detail, service and atmosphere, I can see me (and many more) going down there a lot more often in the next decade or so. The park feels like it's just on the verge of greatness. Storm chaser is fun, definitely a perfect fit. Barnyard flyer is easily the cutest UK kiddie coaster out there, sorry Merlin!

Thanks Ian for organising such a great day out! Was nice to see everyone

I also got very sunburnt yesterday!

Paultons was my first live in over 3 years so thank you so much to everyone for making it such a fun, chilled day. It was cool to get some behind the scenes access to Storm Chaser as we all watched the second train get loaded onto the track. Overall I think it’s a great addition to the park and the theming of the whole area is spot on and very photogenic. ERT was good fun however I’m not sure if it’s age, post Covid or post baby but I can’t seem to stomach rides like I used to and had to bow out after 3 goes. The helix at the bottom is surprisingly intense and taken backwards is quite frankly vile. I did manage to catch it forwards at the end of the day and very much enjoyed it.

The park was quiet so we made our way through all of the creds and many of the other rides fairly quickly. The dinosaur land is still very good (can’t remember the name), Cobra is fab but weirdly stuck out on a limb and i forgot how green and gorgeous the park is. There was also fab back row airtime on the kiddy cred. Magma was a burden, but the mini windmill drop tower thing was excellent, the term Willy lift springs to mind but I couldn’t tell you!

Couple of new faces who were friendly and easy to talk to so welcome. And lots of time spent catching up with old faces! Thanks Ian for organising and the perks, thanks to everyone for a fab day, can’t wait till next time.

It was nice having a catch up with a few people and getting the cred, but I felt like I ended up spending most of the day sat in smoking areas with Nick.
I'd had a knackering Friday and following that with a 6AM start just turned me back into the awkward social mess that I've almost-but-not-quite grown out of being,

Hayley was my main priority, she has been a literal lifesaver during my first few awkward weeks in a challenging new job, so I wanted to make sure she had a nice time, so thank you to everyone for being welcoming; I'm quite confident she enjoyed the day more than I did and it was great to see a smile on her face that wasn't just uniform

Cheers for the organisation, raffle etc. and I'm sure I'll see you all again sometime.

Staff member
Administrator
Moderator
Social Media Team
What a lovely day - suuuuper chilled out, everyone was in a really good mood. Great to see familiar faces, put faces to names and meet some new members.

Always enjoy a day out at Paultons, and I'm really impressed by Tornado Springs. I'm sure we say this every time, but they've got a great future ahead of them, I'm sure!

Thanks to Ian, of course, for the organisation and to everyone for the fun!

Had a quick skim through the pictures yesterday and there are a couple of decent ones, I think. I'll post 'em up soon!

Will said:
but I felt like I ended up spending most of the day sat in smoking areas with Nick.
Click to expand...

I don’t even smoke!!! Smoking areas would take me 20 seconds if you weren’t chain smoking!!!

Nicky Borrill said:
I don’t even smoke!!! Smoking areas would take me 20 seconds if you weren’t chain smoking!!! 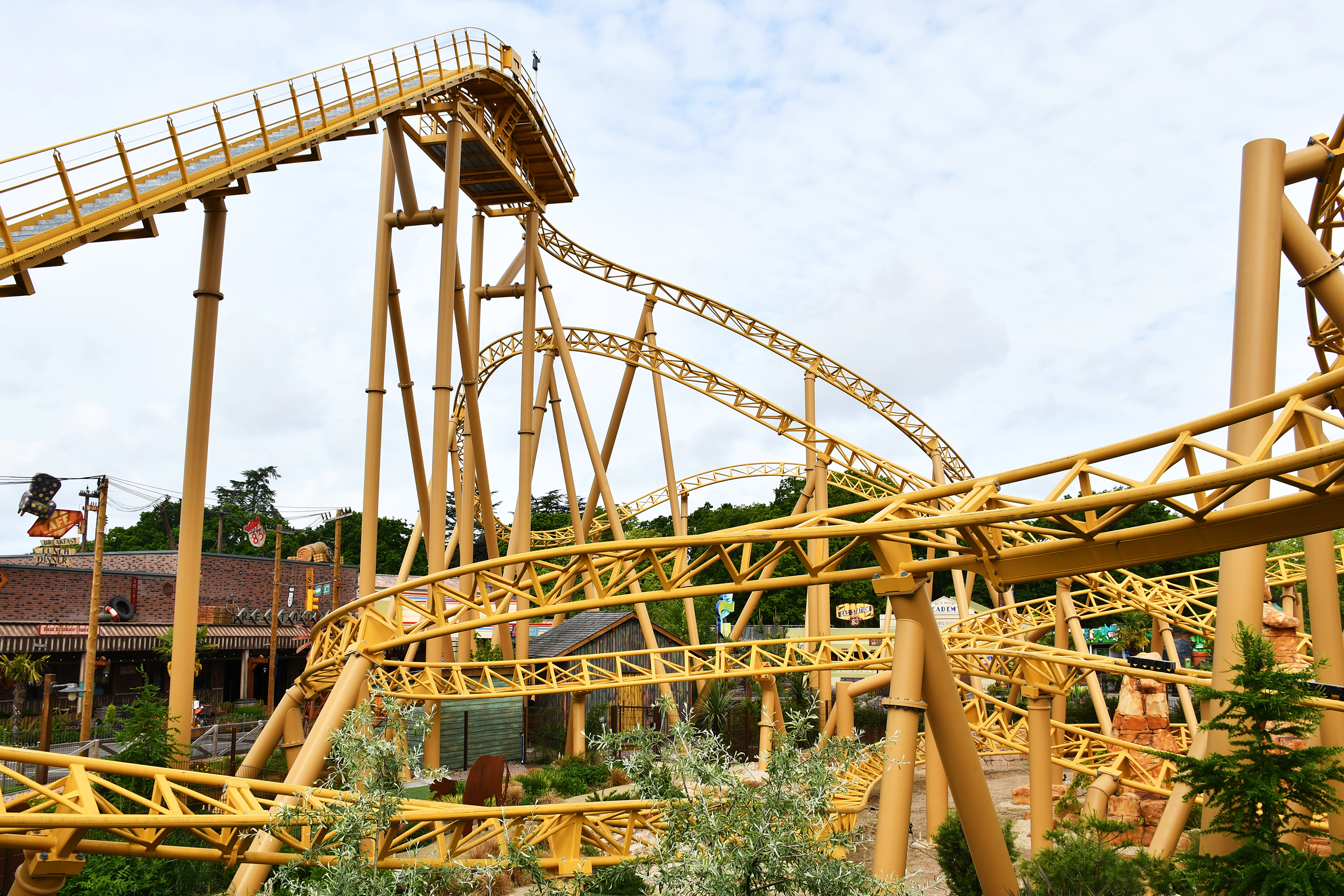 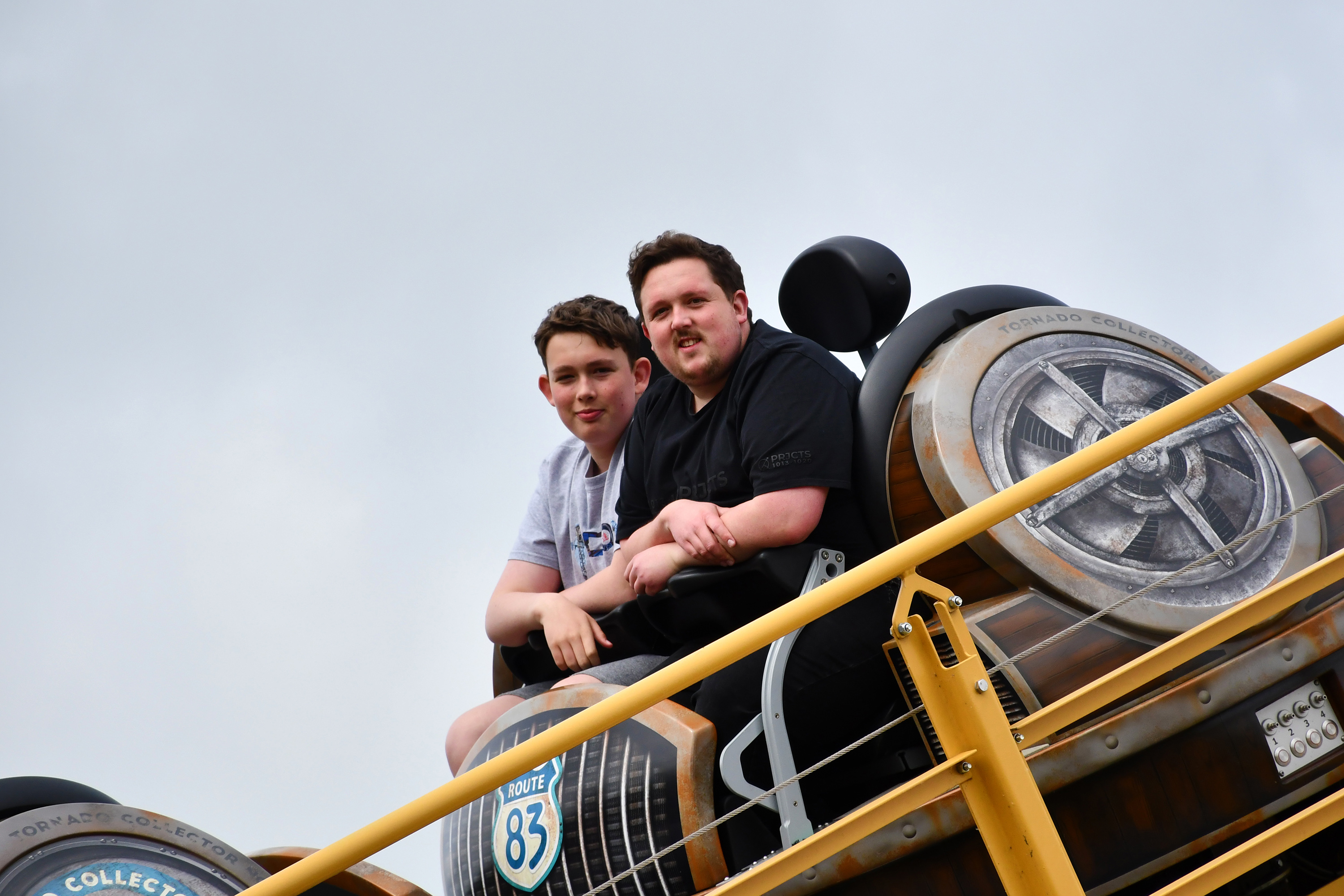 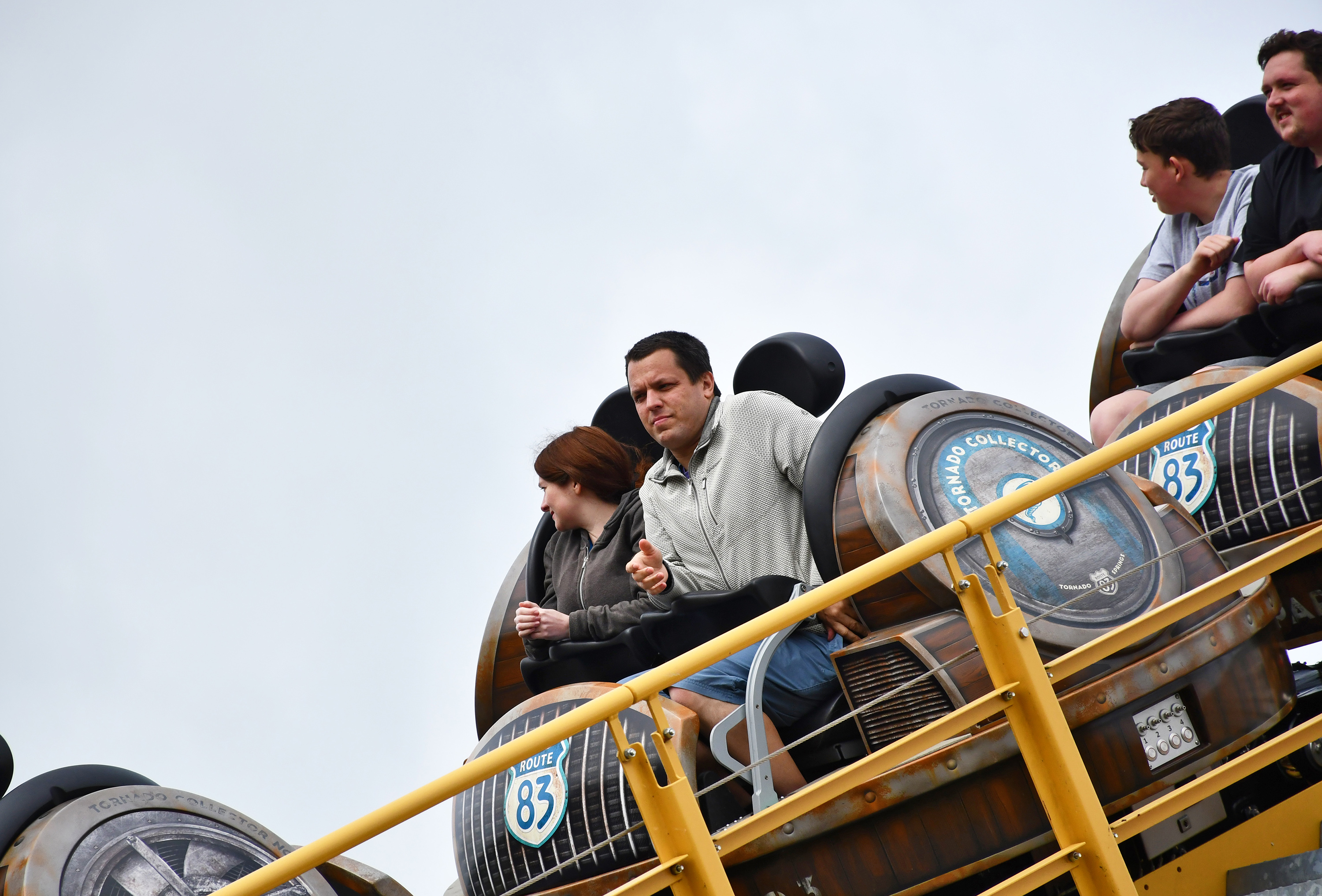 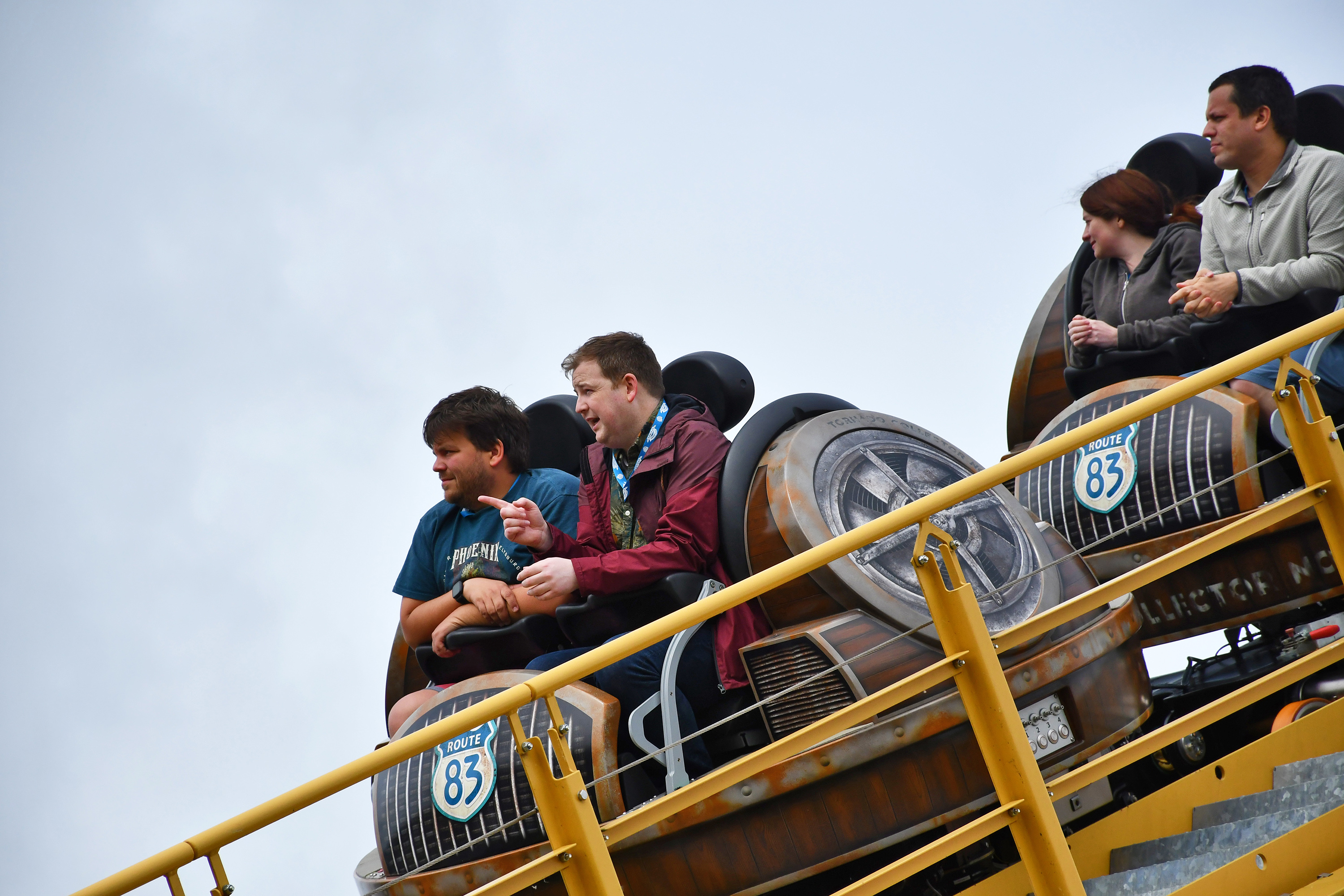 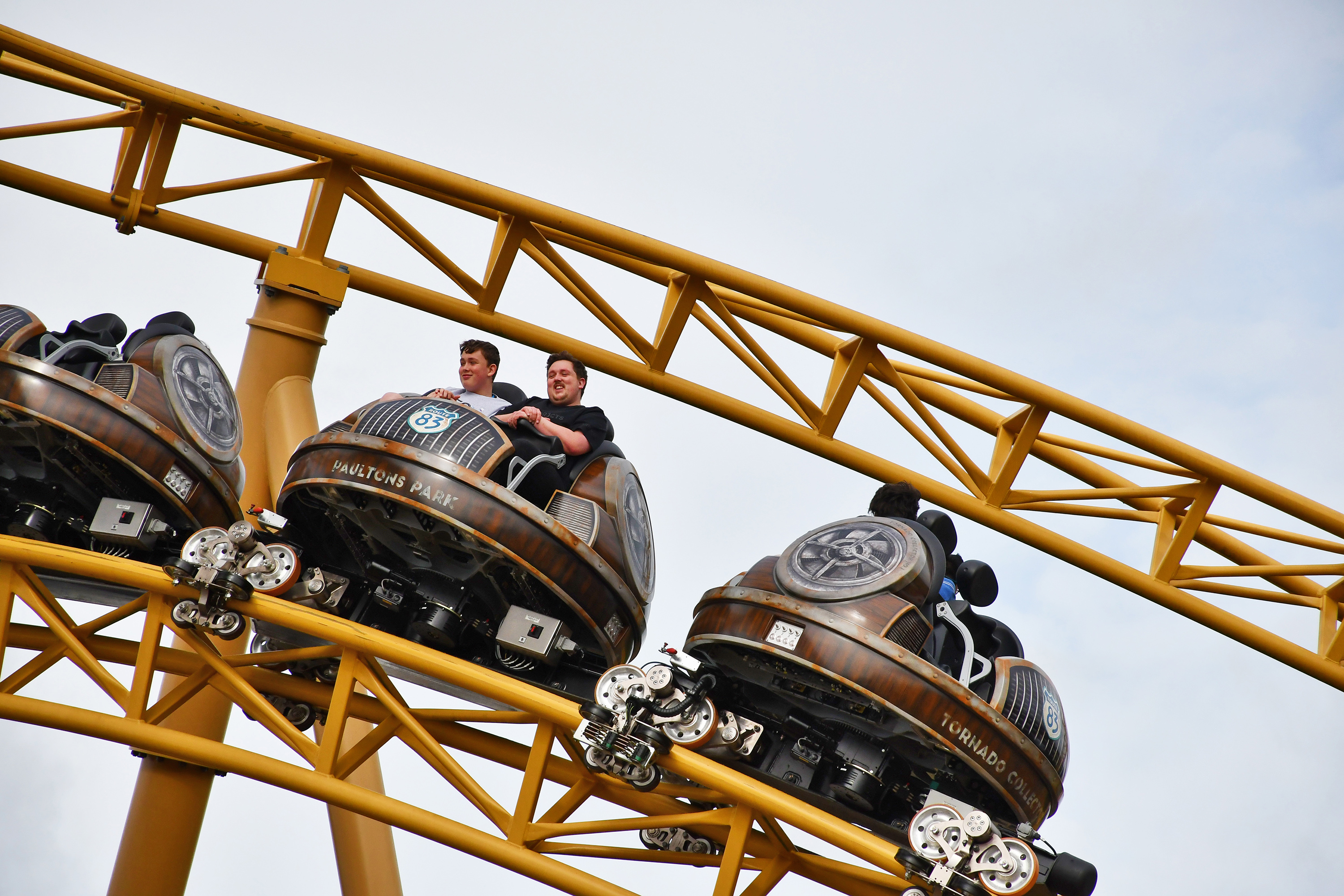 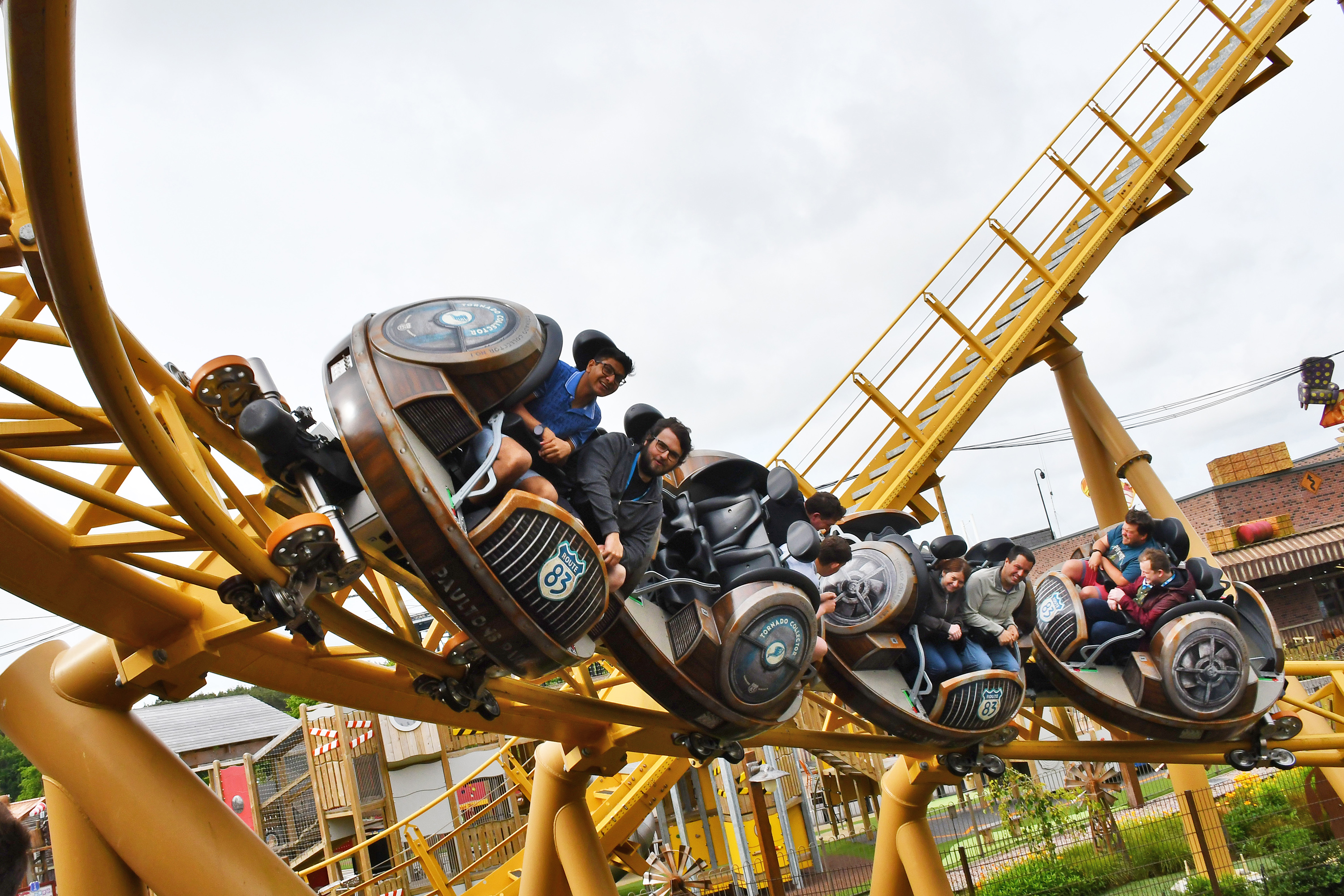 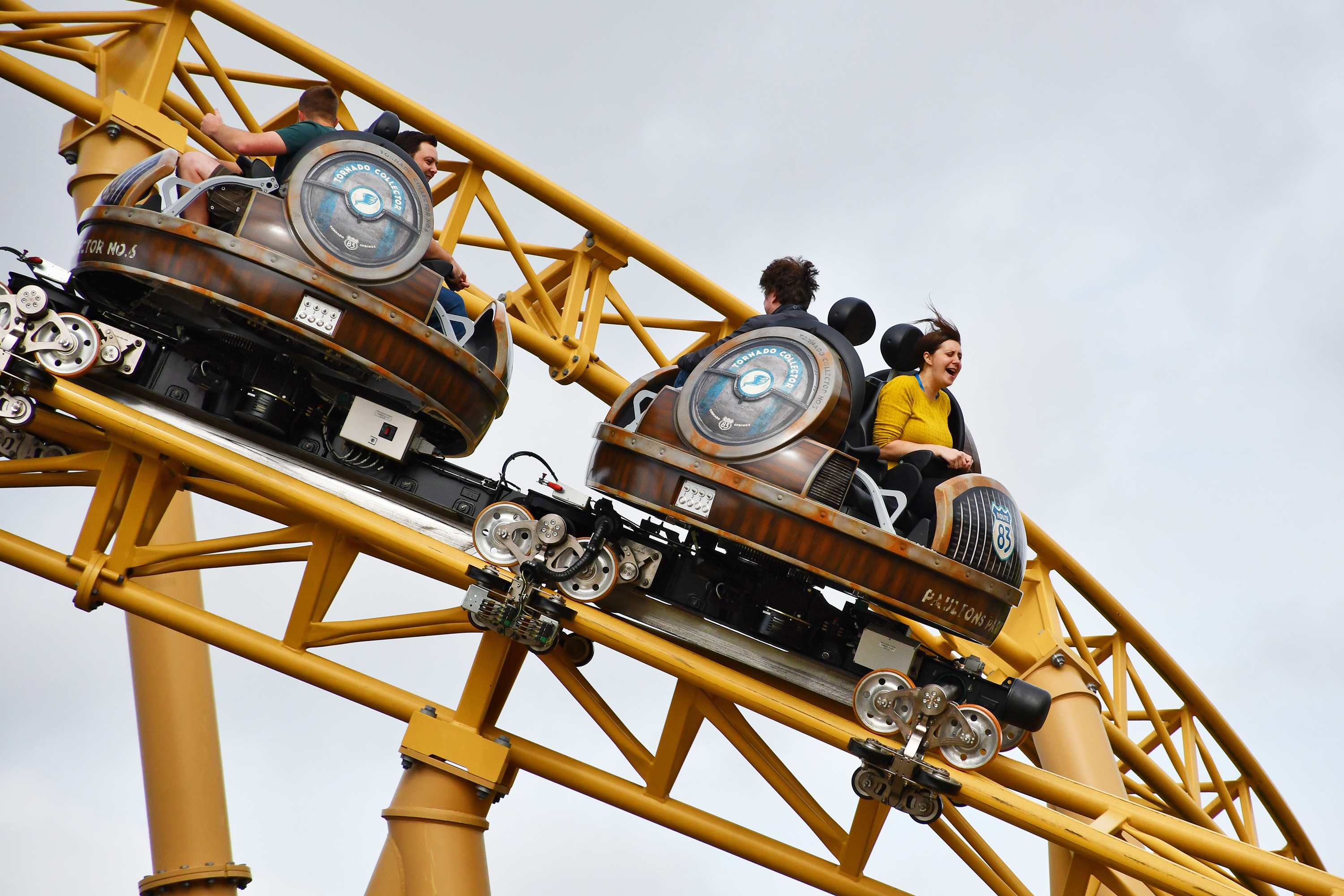 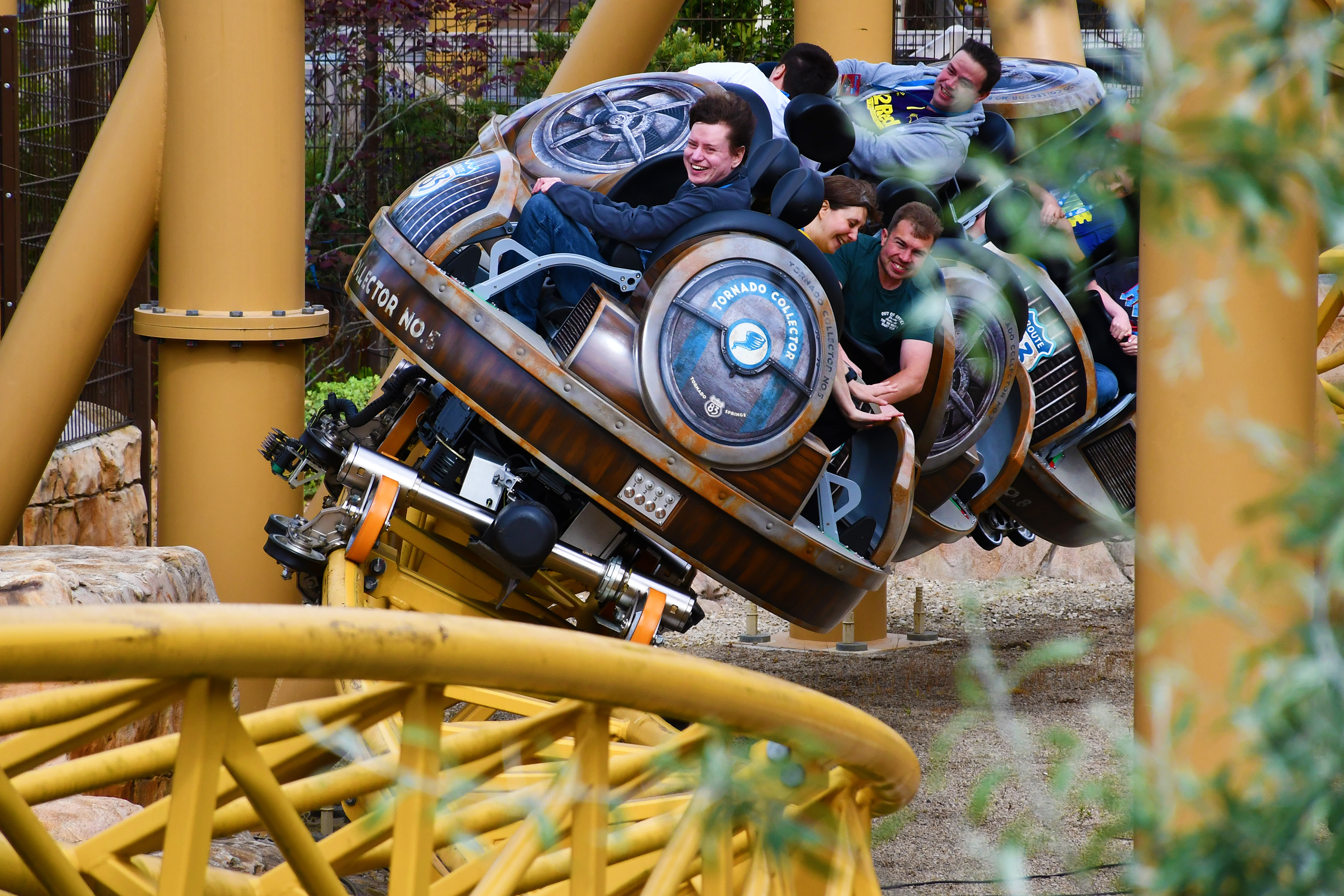 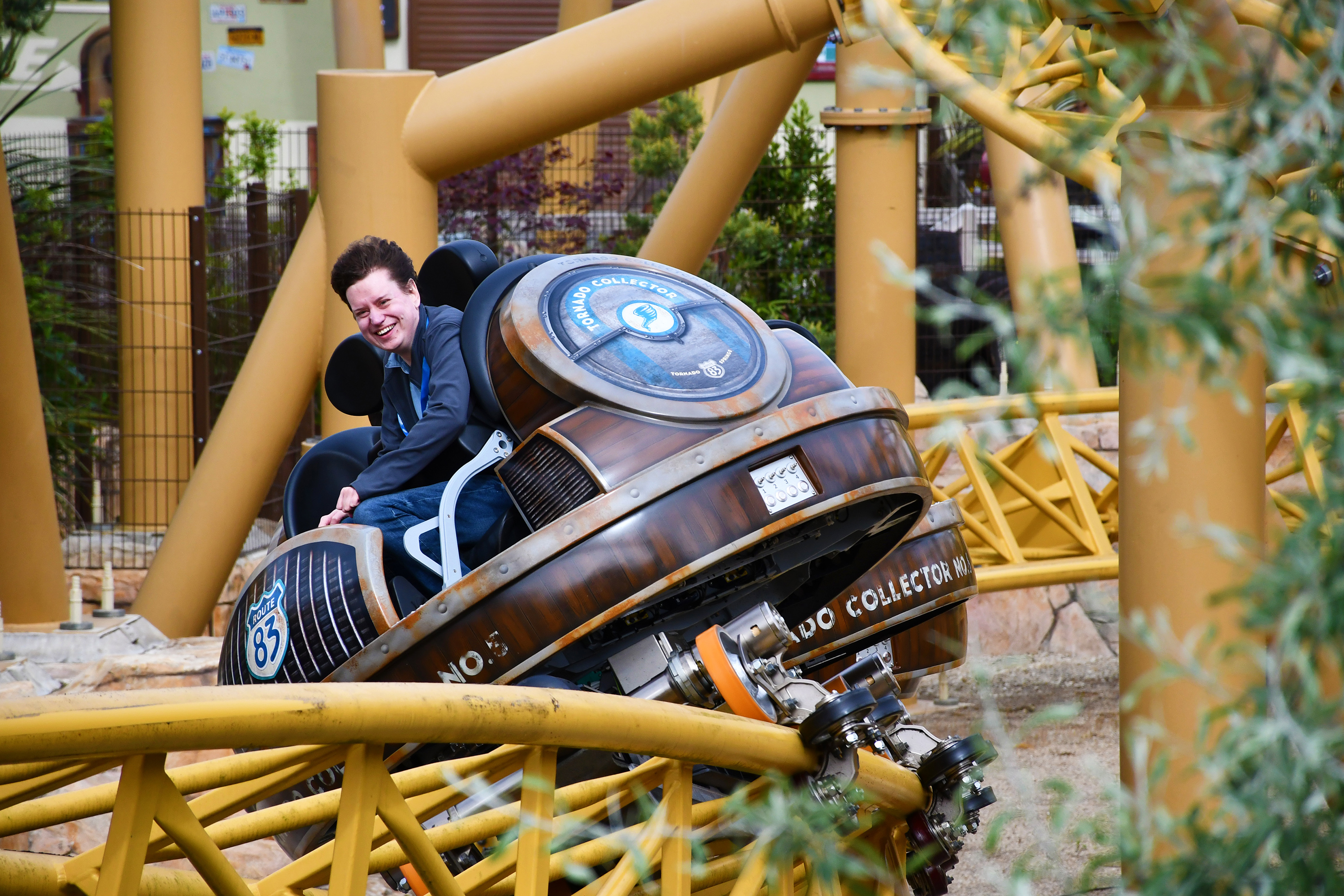 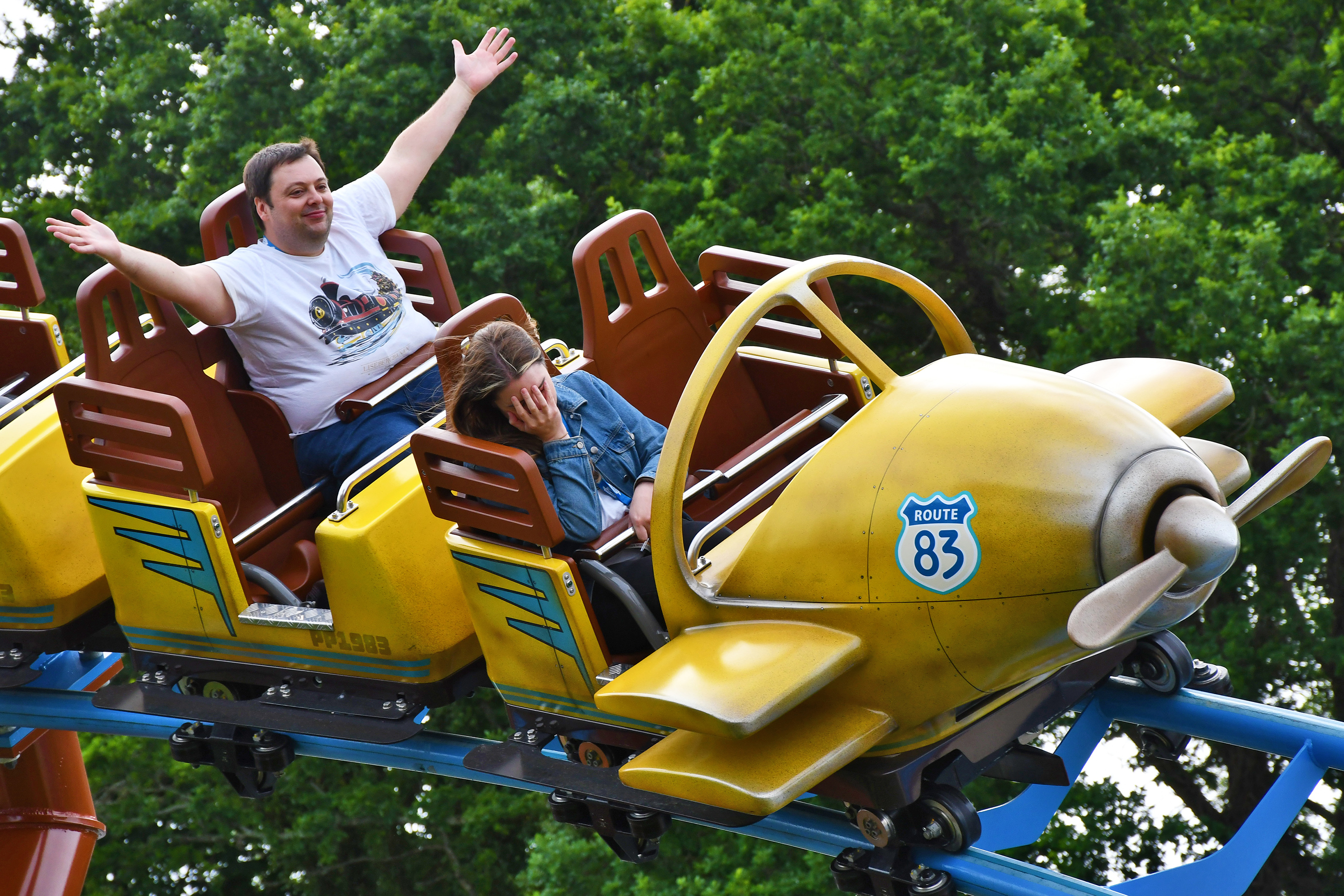 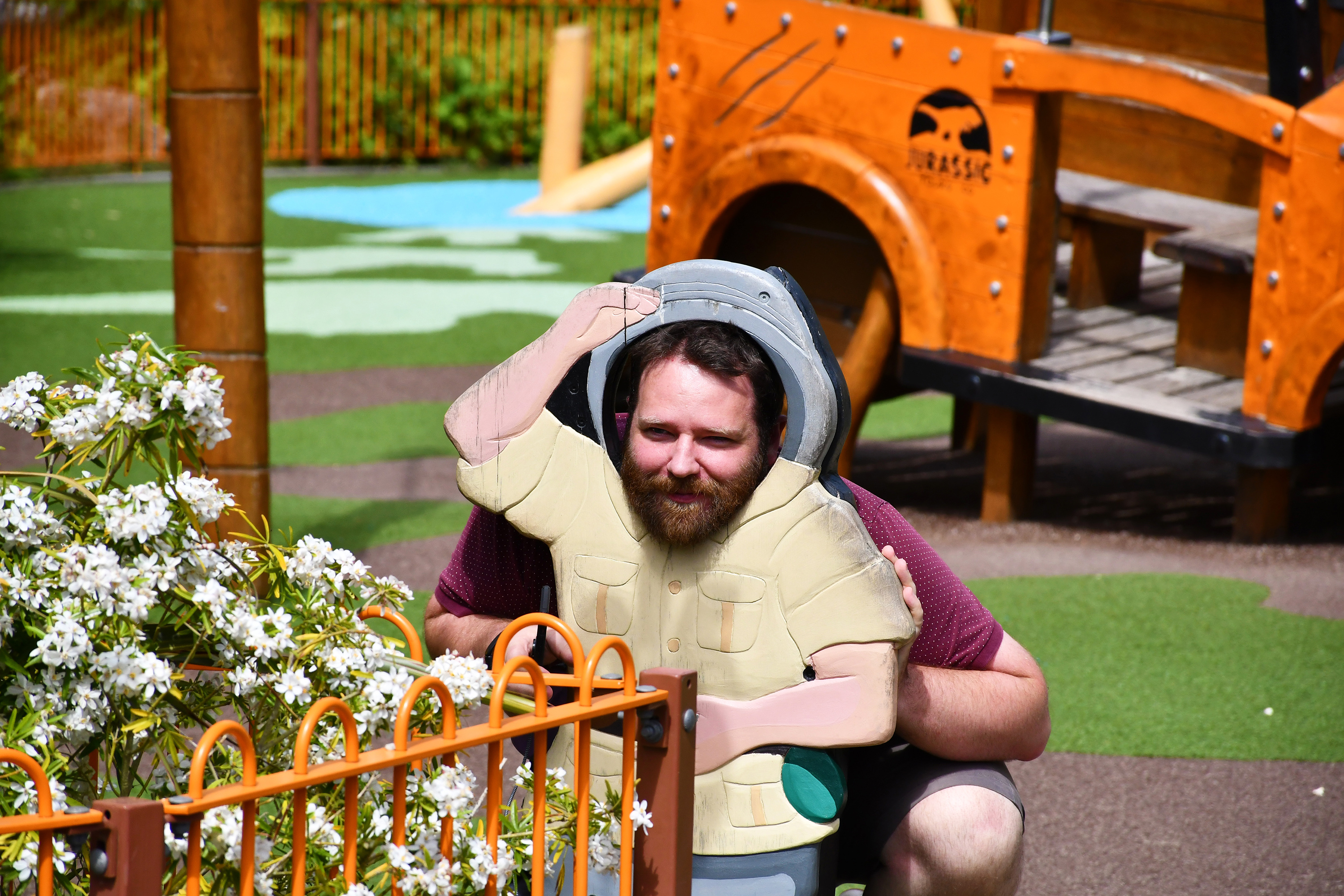 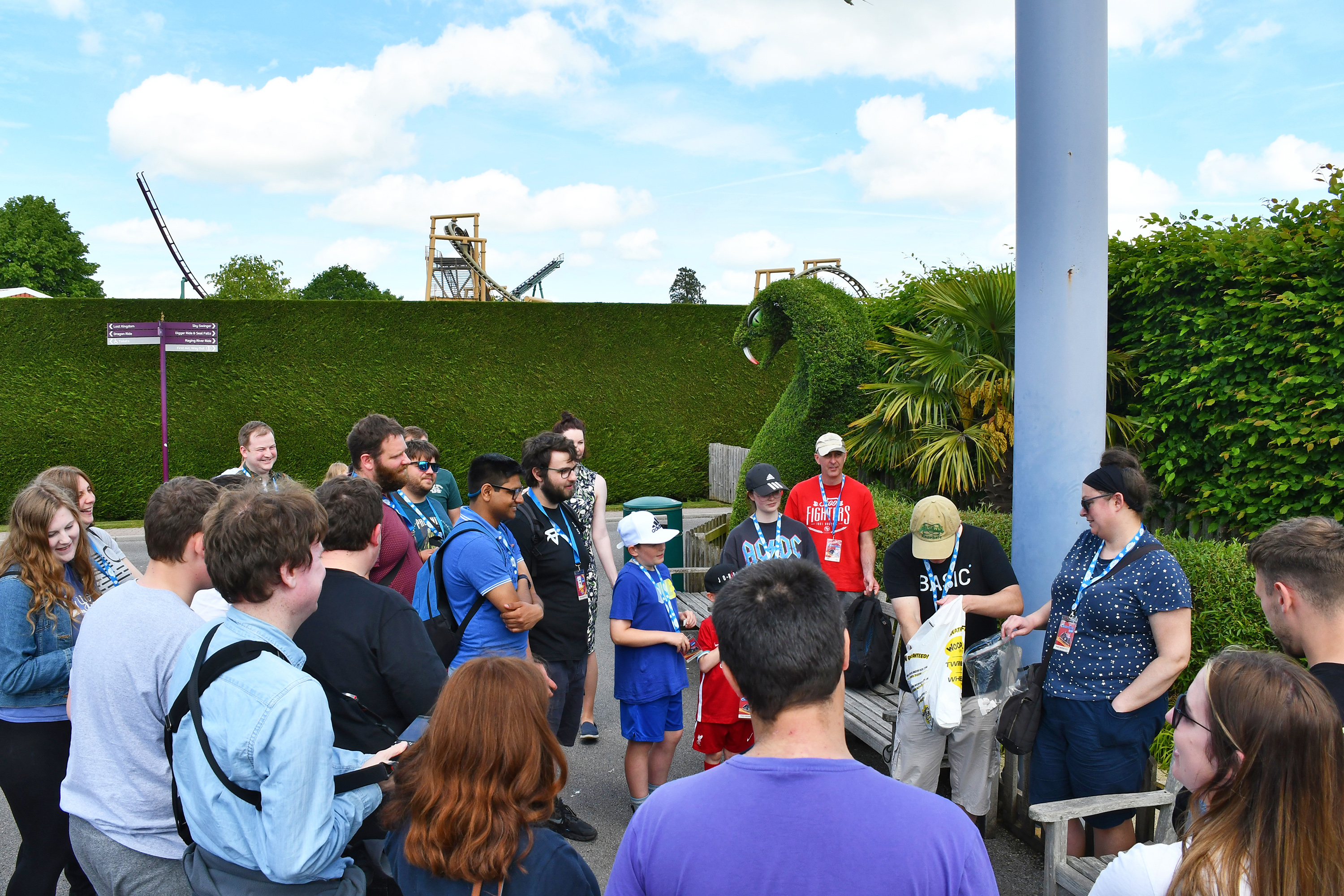 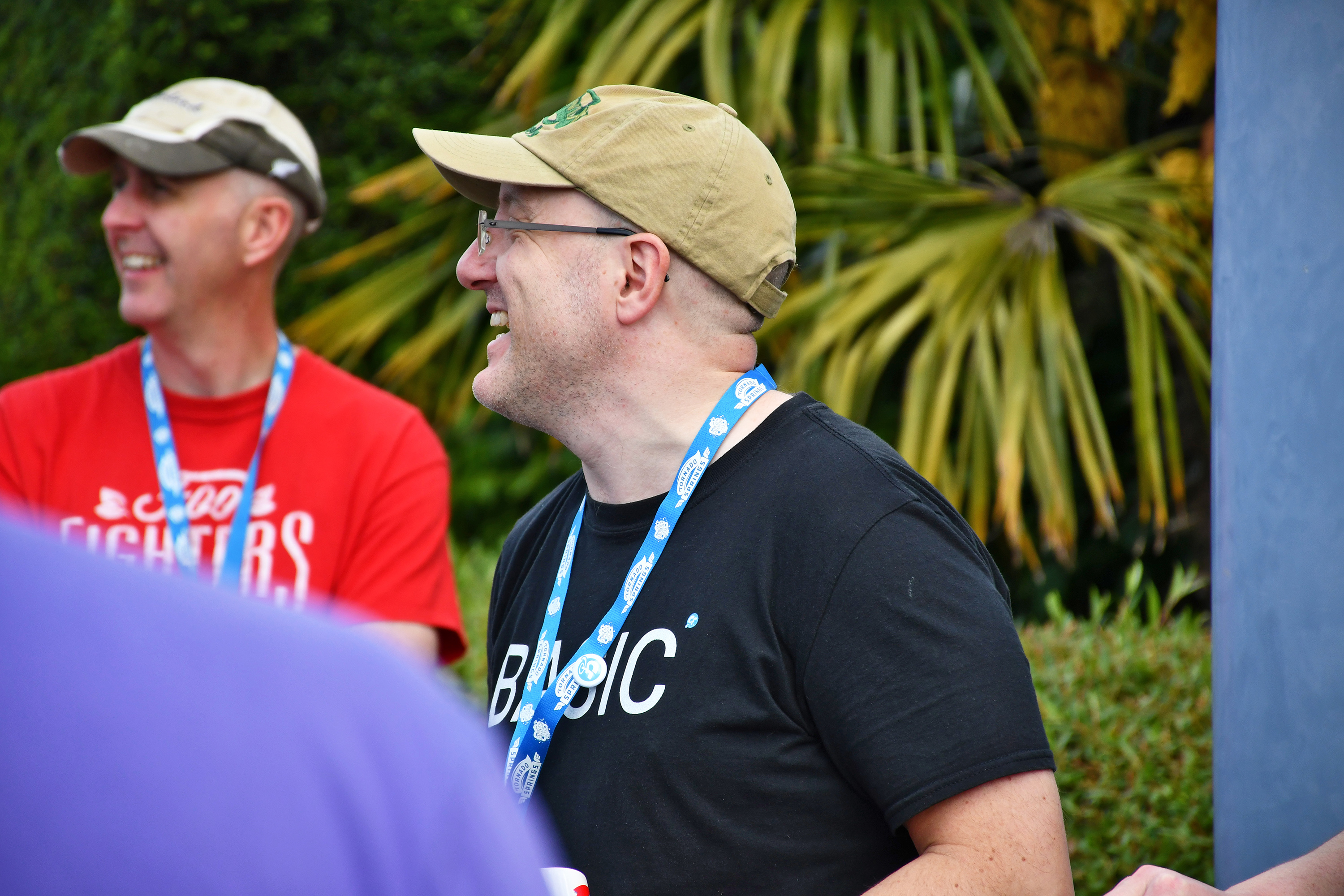 I love this photo! If only it was on Flight of the Per-terosaur...

There are some awesome photos there! Top moments, captured on camera.

This was the fourth time I'd been to Paultons with CFers, and I've always had a great time there. Whilst the park isn't aiming for top tier thrills, that's absolutely fine. The place is full of stuff that's just really good fun, so whenever you get a quality group of people, you're pretty much guaranteed an awesome day, chilling with mates, riding everything of interest, without any of the pressures that come with bigger parks. Given the location, it's not somewhere I'd rush back to outside of CF events, but when there's a quality group going? Sign me up!

Storm Chaser seemed to be on much better form this year than I remember it being last time I was there, and was definitely feeling more like a proper flagship attraction this time around. Thanks a lot to Ian (from CoasterForce!) for organizing the perks to start the day, and thanks to the park staff for the workshop tour, ERT, and just for being really fab and friendly in general.

As for the group, we had a really solid mix of people this time around. It's always great to catch up with the regulars that I've spent much of the last two years chasing creds with, but it's been great to see both some of the "old guard" that I've not seen in quite a few years, as well as a bunch of fresh faces, braving the madness of a CF Live for the first time.

Yes thanks for giving me the excuse to go to a place I'd never quite been bothered to trek to ; Southampton - I mean Paultons and a nice +7.

The place was possibly a bit nicer than I expected it to be ; the gardens and so on were pleasant and well kept, the new themed areas well
done - it let itself down a lot with the crappy conditions several animals, especially the birds, were kept in though, very unpleasant.

Company was great though ; thanks for entertaining me for the day, here's a few pics... 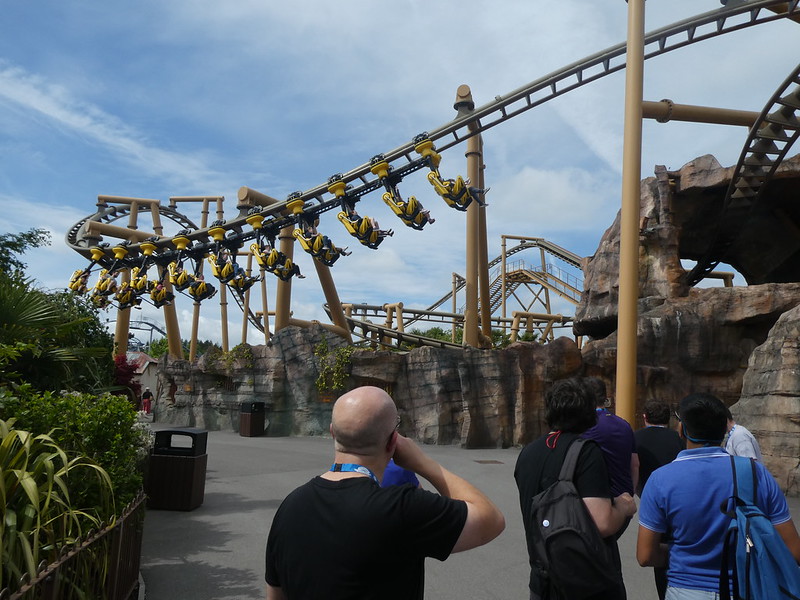 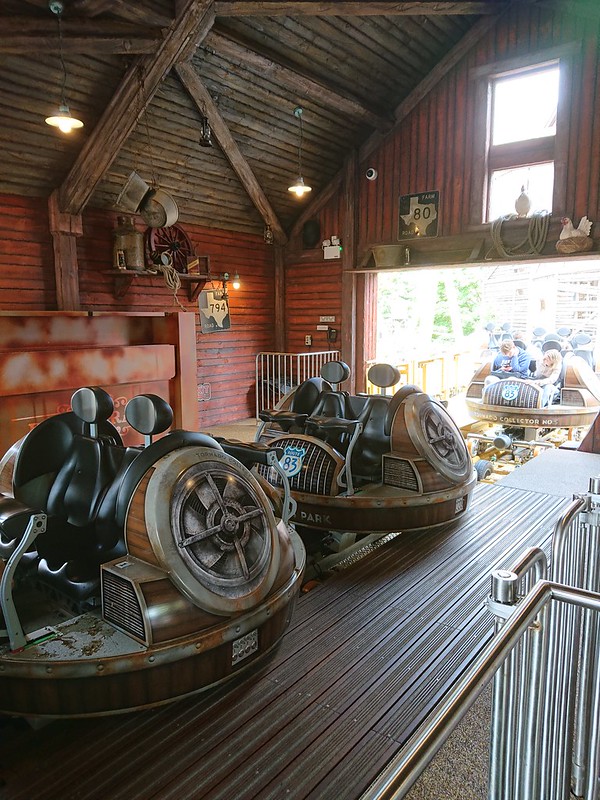 Goon on the back row; 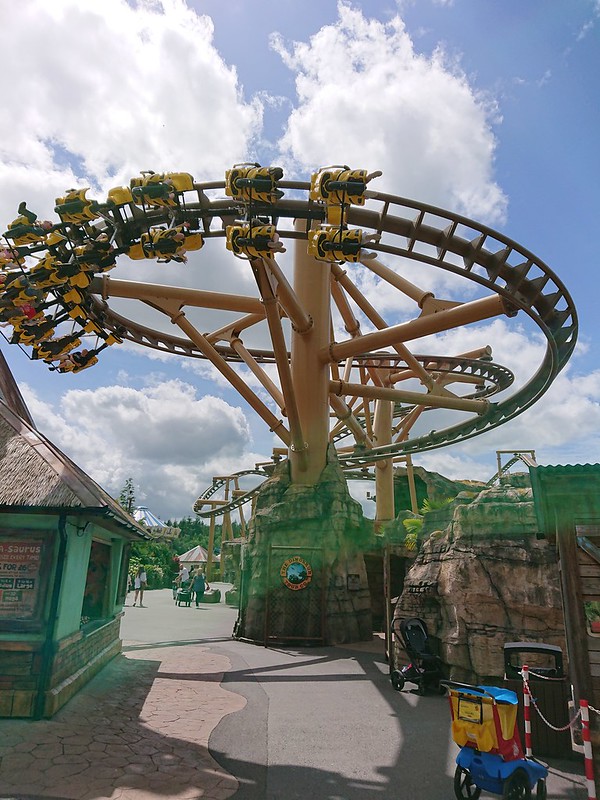 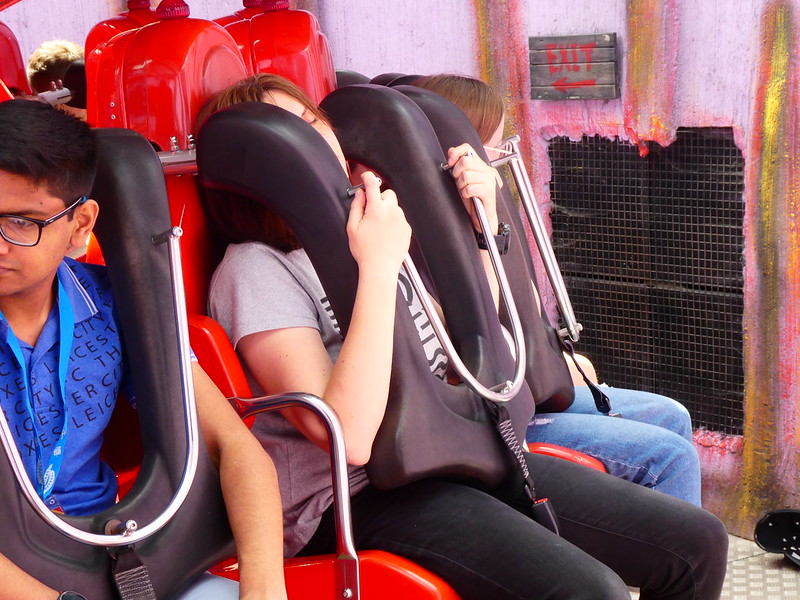 Parade of shame (sorry did not get everyone, got bored of shaming y'all); 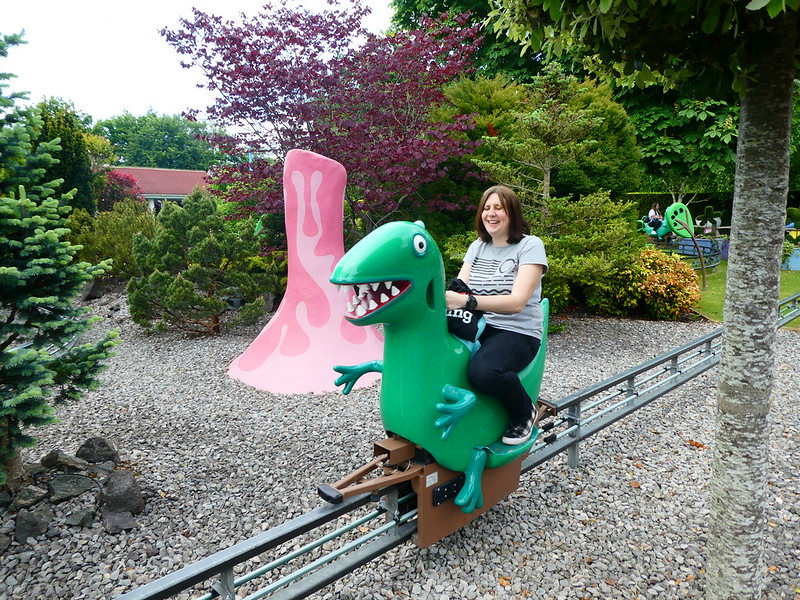 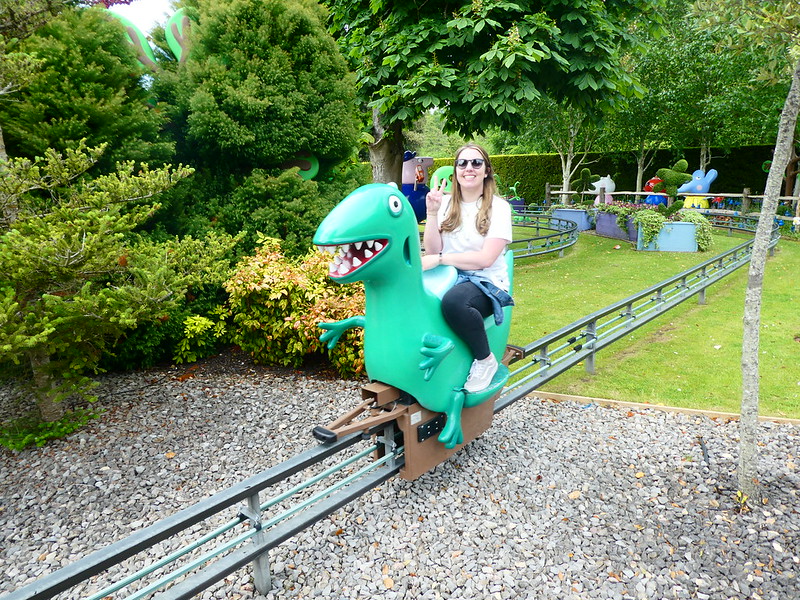 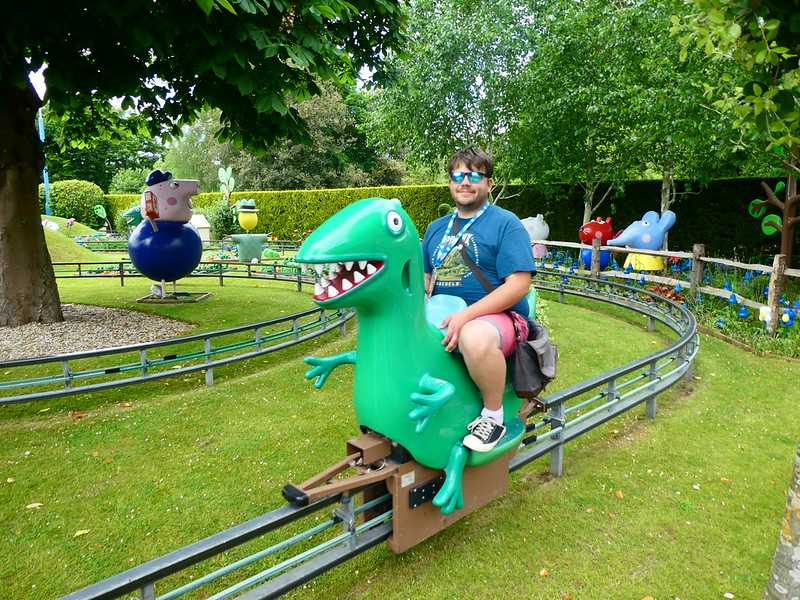 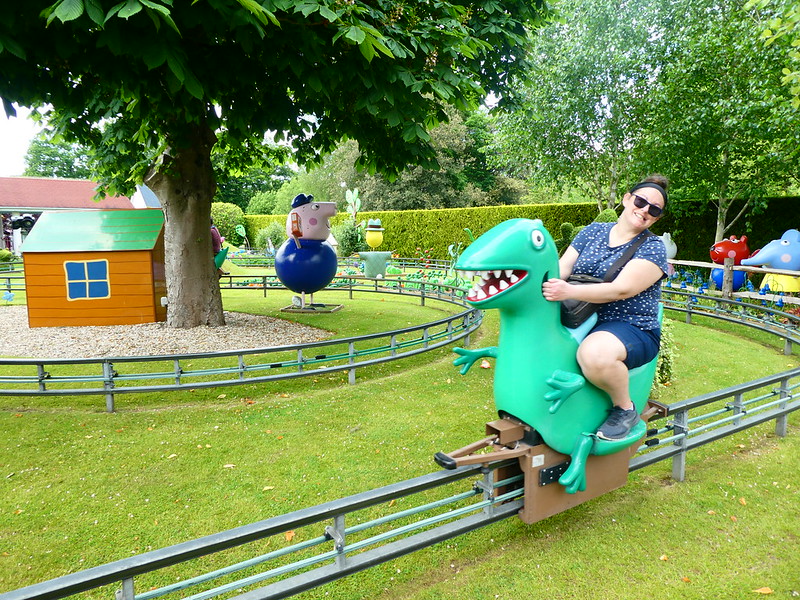 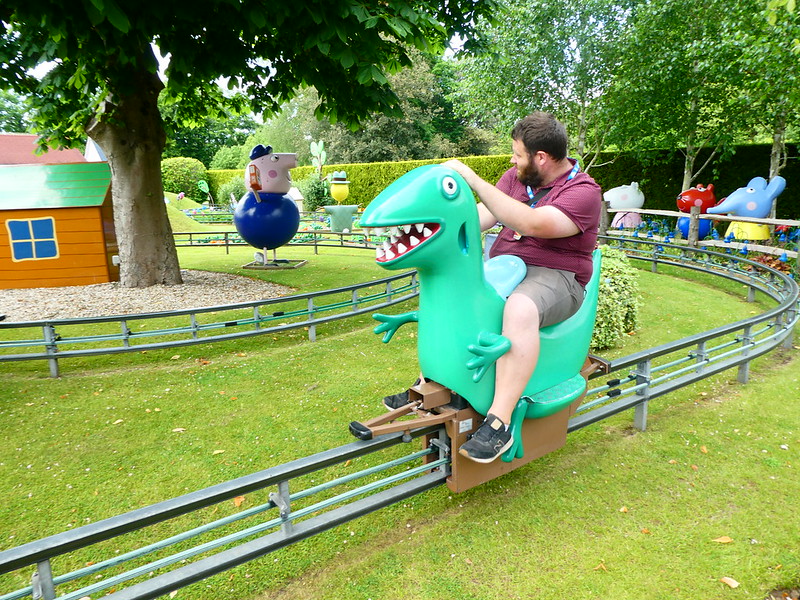 Think Richard was swearing at Mush so he would not make the edit? 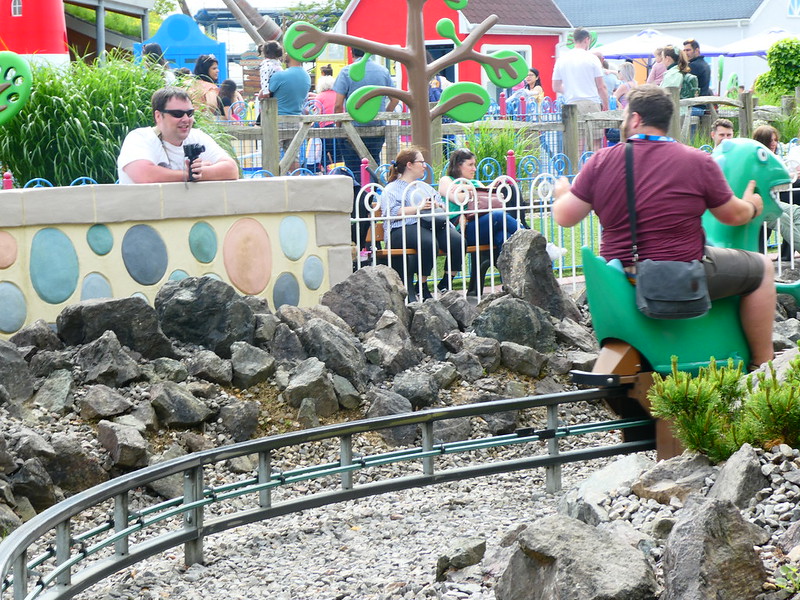 And I snuck off early to get the bus, just so I could then go find some brewery/taproom on a dodgy industrial estate in Southampton, like
you do. 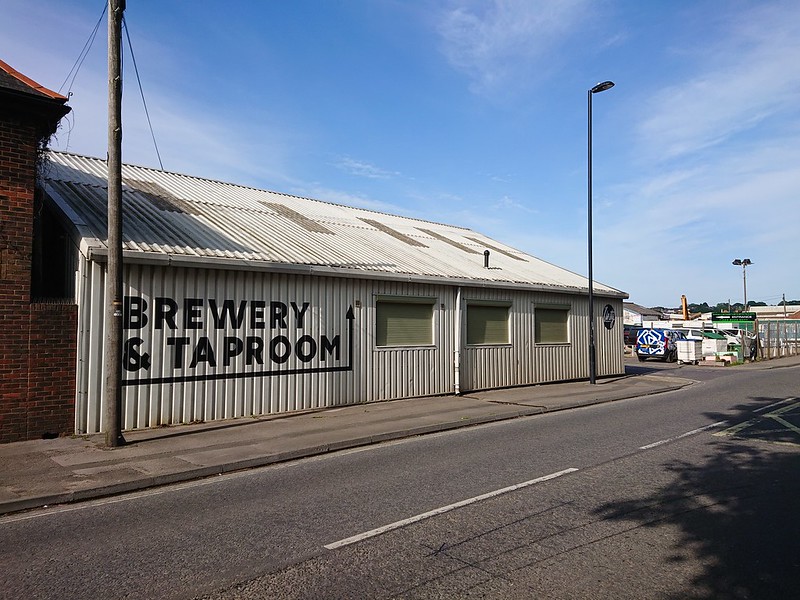 Well, I've been working through the great photo backlog of 2022, and have finally reached the point where I've uploaded the Paulton's Live photos.

You can find them at https://mouseat.co.uk/albums/may-2022-cf-live-paultons-park-pigs-might-fly for the forseeable future. They'll probably remain there for a few years, but I won't be able to maintain public hositing forever, so if you want copies, go ahead and grab them whilst you can.