From PhantaFriends.de
The Rookburgh display has received these letters; and the poster of this image says they are definitely screens in each side of the centre box - new trailer coming soon? 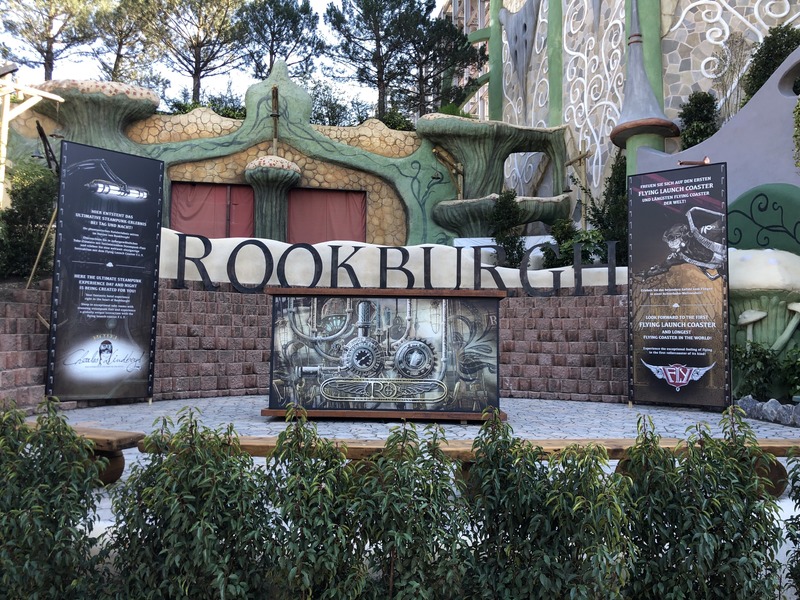 The tower crane was also active today pouring some concrete. 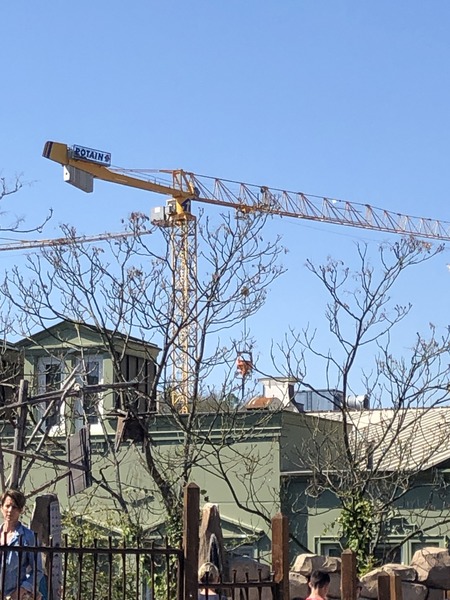 More track has been installed leaving only 1 piece left on the car park. So 1 track part to go until F.L.Y. is complete! (ignoring that one support that's not fully built yet) 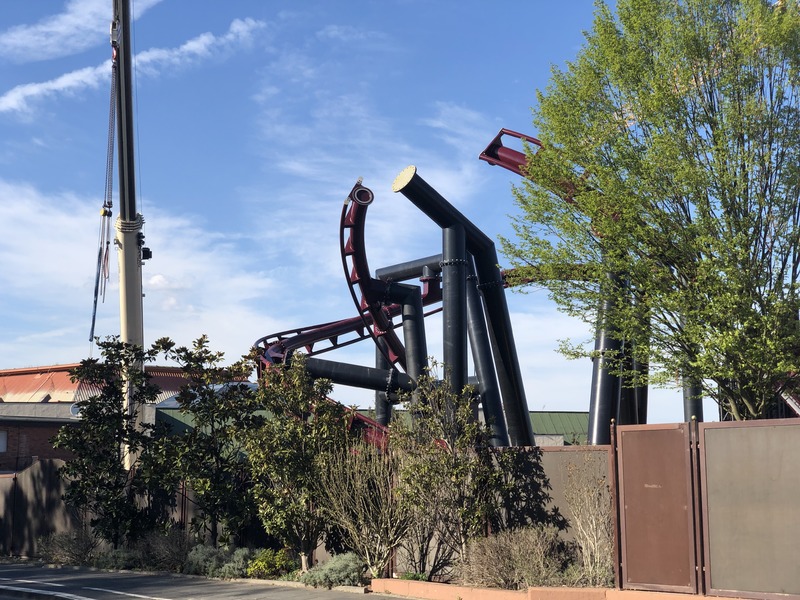 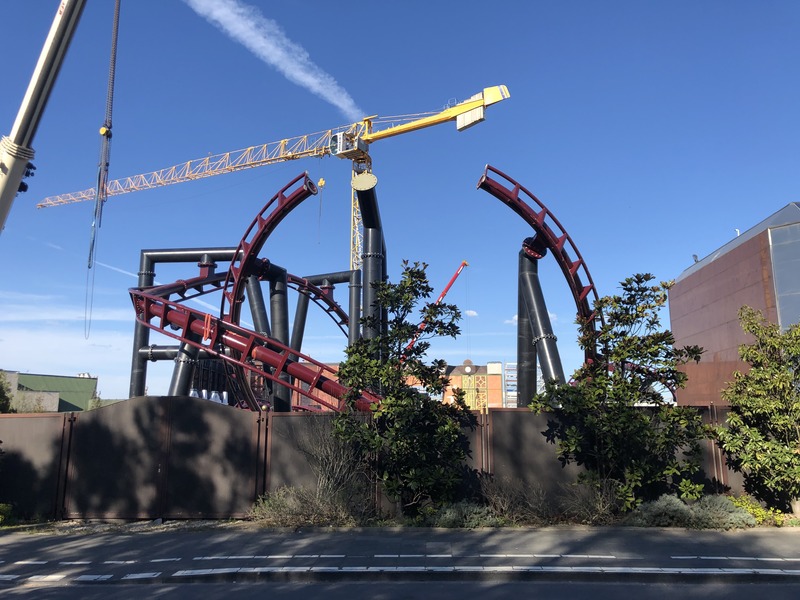 EDIT: Bit difficult to clearly tell however its thought that this might be a car from one of F.L.Y.'s trains has been delivered and is being lowered into place!
ANOTHER EDIT: Nevermind: false its not a train. The mystery of whether they already are in the underground maintenance bays out of sight or not continues! 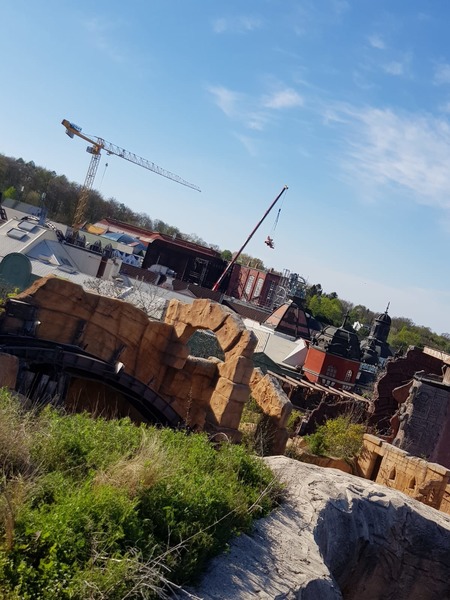 Wintertraum 2019 opening is looking much more promising with the track nearing completion.

I imagine Phantasialand have a rough idea of an opening date they want to aim for, but with it being a prototype concept, as with Chiapas, testing could take much longer than anticipated to iron out any teething issues.

We don't know how long the hotel is going to take to construct either and whether they are any other attractions to be implemented into the area as in original speculation it was claimed there would be F.L.Y, a kids attraction and a family attraction in the themed area.

Fingers crossed for some train action by next weekend for my honeymoon!
Y

Thats just a Lift from the Salgert Boys on the site. The Train should be liftet in by Barth when they arrive.

Looks more like part of a small plane or something to me, which would be a neat theming object in an area that's all about flying. 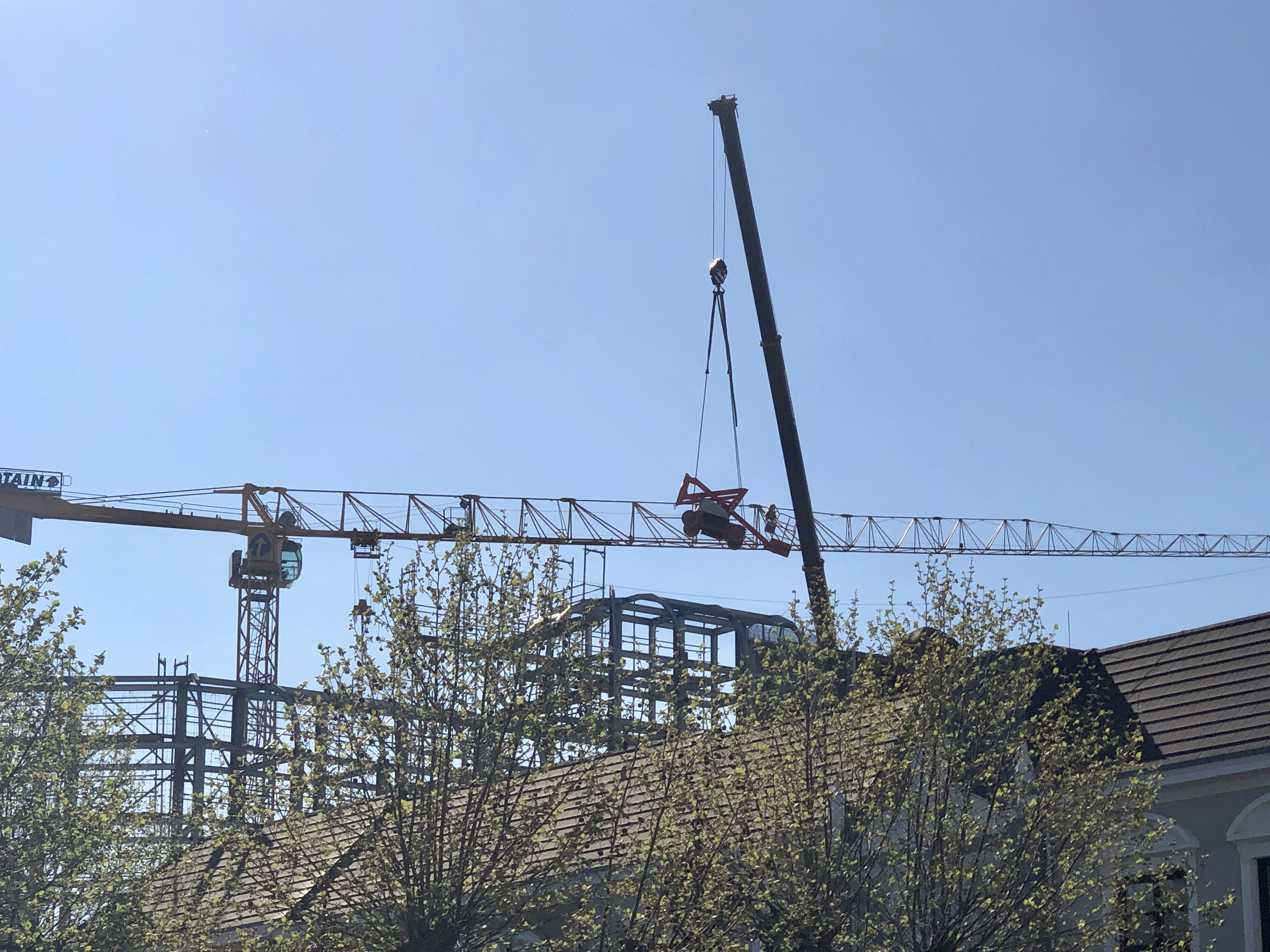 And that turn and overbank look really fun!

Is the ride completed ? Or they wait until tomorrow to do like a press event?

Us3rmane said:
Is the ride completed ? Or they wait until tomorrow to do like a press event?
Click to expand...

Nope still one track piece and a few support parts to go in. 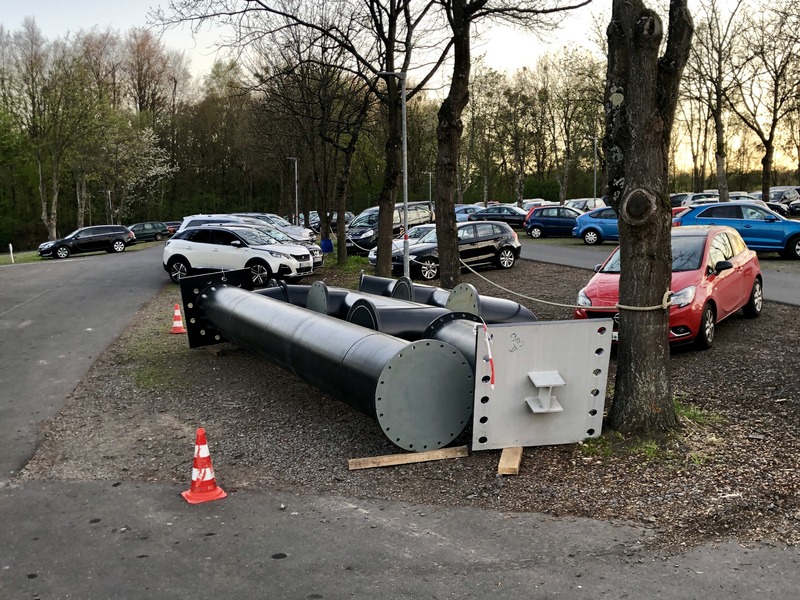 Picture from PhantaFriends.de.
Given its a public holiday tomorrow I imagine it will be done Saturday or Monday then. No word of a press event; probably will just mark the occasion internally and have a photo taken as with Taron.

CSLKennyNI said:
Given its a public holiday tomorrow I imagine it will be done Saturday or Monday then. No word of a press event; probably will just mark the occasion internally and have a photo taken as with Taron.
Click to expand...

Saturday or Tuesday. Monday is a holiday as well.

That kid also said it was a B&M and the Pretzel Loop was literally the size of a postage stamp so that's why he got roasted, Benenen
N

The new place with the informations is opened and you can see a new video there and through some homes in the box you can see pictures.

Are you sure it's just pictures? Almost looks like a model of the new area. Damn you Phantasialand for making it hard to take pictures.

PHLMarcus on PhantaFriends has marked on the model picture the 1st launch and a pathway below it. 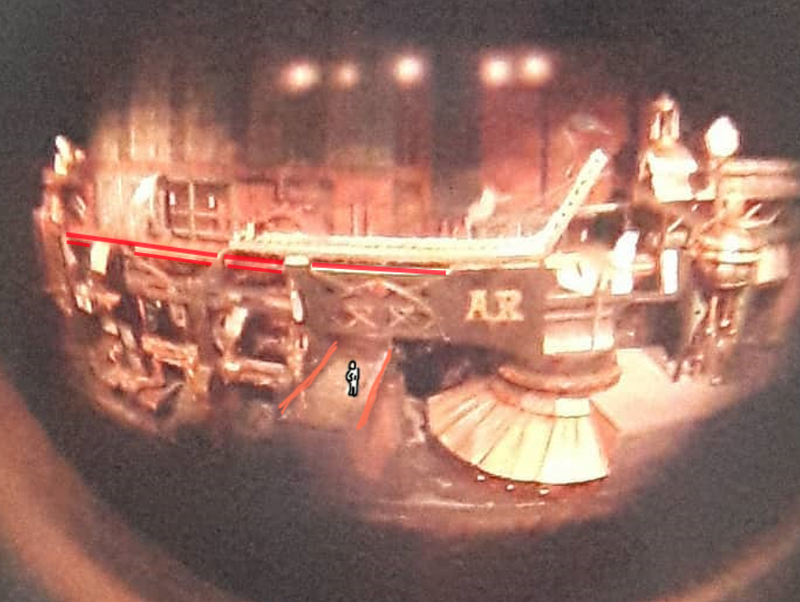 yep, thats a scale model inside the box

Also a slightly better picture of it was posted on Phantafriends.de: 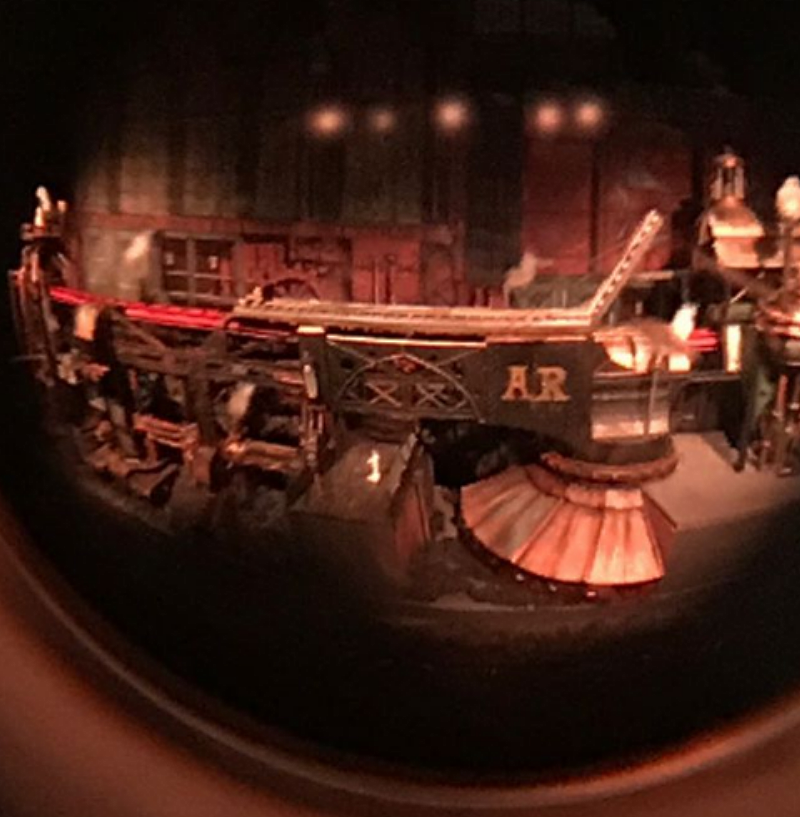 How cool would it be if they put a roof on Rookburgh? Every ride on fly is a night ride then
E

Holy **** this really is going to be the best thing ever, isn't it?

This is clearly going to be incredible.


VikingsAf said:
How cool would it be if they put a roof on Rookburgh? Every ride on fly is a night ride then
Click to expand...

This also came into my head from looking at the model! I don’t think it’s at all likely but just thinking of the huge walls around the whole area that appear to be taller than the coaster, and the gloomy feel that steampunk often has, on top of easy all-year operations, and it could make sense. But I think it could make the whole area more too claustrophobic and dark, make the hotel views a bit depressing not to mention the whole theme of achieving flight is best realised if outside!
L