I have been waiting for this announcement for years... Ever since this post I promised myself not to forget from the Parque Del Cafe Krater thread.


Darren B said:
All I'm saying is that IF Gerstlauer ever roll out another custom model Eurofighter I'll run around Downing Street naked.
Click to expand...

Everyone keep an eye on Sky News tonight.

Matt N said:
I do wonder what actually distinguishes the two models from one another nowadays...
Click to expand...

That looks like a really fab little coaster! I was looking at the park after the first teasers and this seems like a really big deal for them, hope it works in their favour.

Trains are here... and OTSRs.

My interest for this coaster has now dropped by about 50%.

I mean it was pretty clear it was a Eurofighter and not an Infinity. That's on you

CoasterMac305 said:
I mean it was pretty clear it was a Eurofighter and not an Infinity. That's on you
Click to expand...

Because there aren't any Eurofighters with lap-bars? Most Eurofighters made within the last few years have lap-bars. The only reason why Shellraiser has OTSRs is because there isn't enough room under the train to fit the launch magnets, lift hill mechanisms and hydraulic cylinders for the restraints.

New construction photos from the park: 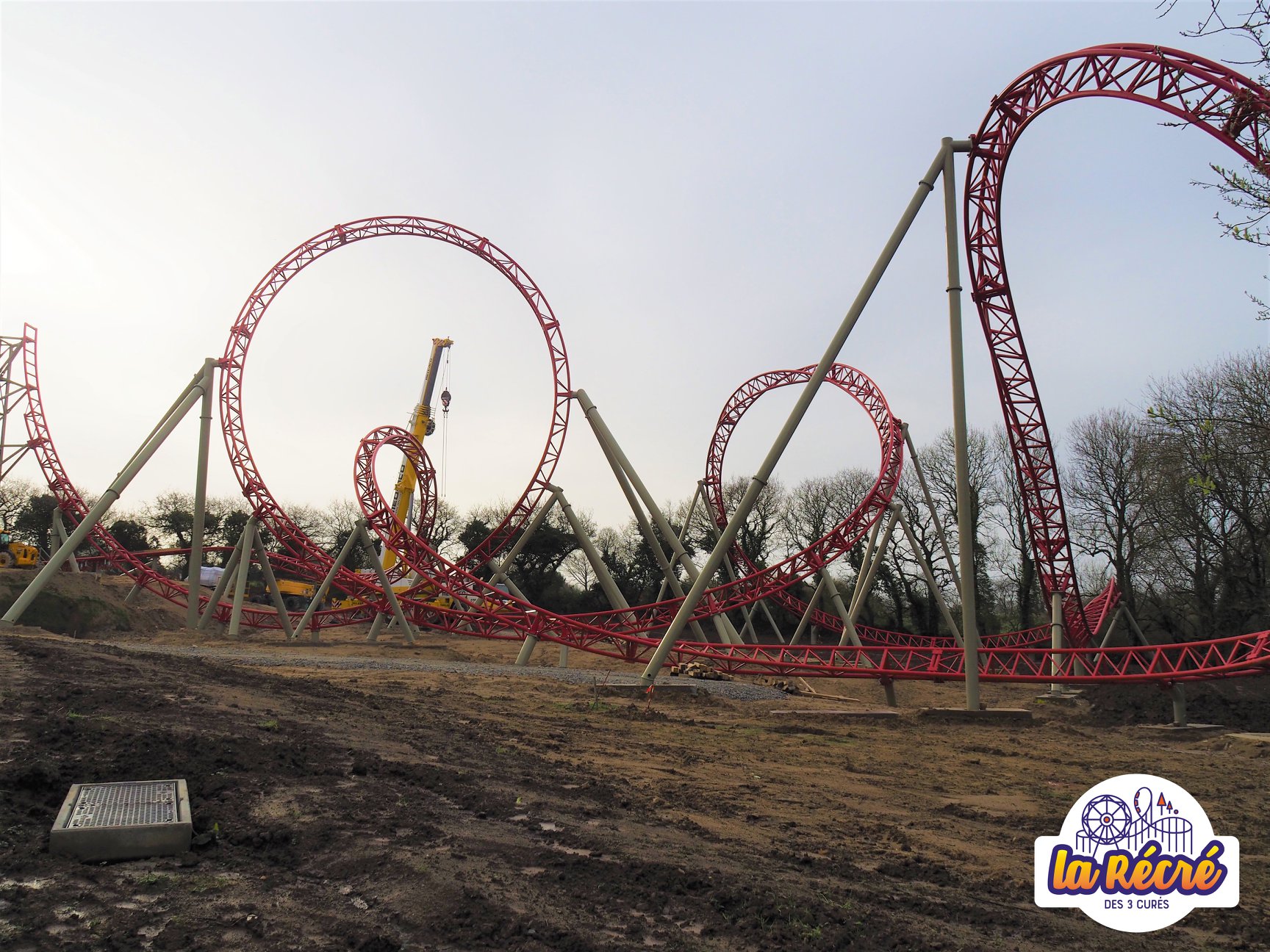 Looks like quite a fun layout, that loop is also huge...

Construction of Vertika has resumed with the end of confinement in France:

^Lol that's more than a 91-degree drop which is what the park stated.

The transition from the final inversion into the brakes looks so tight.

CrashCoaster said:
^Lol that's more than a 91-degree drop which is what the park stated.
Click to expand...

Absolutely! Wonder what it is?

Vertika will open this Saturday, June 6th, along with the whole park!

Exciting news! I’m interested to see how this rides in comparison to some of Gerstlauer’s other Euro-Fighters, as it’s been quite a few years since a custom Euro-Fighter was built (I think it was Abyss in 2013, correct me if I’m wrong, and even that was a near-clone of Saw?), and Gerstlauer’s track work has certainly come on leaps and bounds since then!