This long proposed park is finally underway. Originally planned to be a Dreamworks Park they seem to have run into problems using that IP (Possibly with Universal intending to build in Moscow as well). However since then Dreamworks have announced a separate park called Dreamplay at the Aviapark shopping mall

However since they lost the IP they seem to have moved forwards and the new redesigned park features Sony IP's instead such as the Smurfs and Teenage Mutant Ninja Turtles. Similar in a way to the section to a Motiongate in Dubai. It has already been confirmed the park will get an Intamin coaster themed to TMNT.

Early concept art for the entrance

Construction of the main building is continuing at pace. Pictures from Skyscrapercity

Certainly going to be an interesting one to follow this and since the death of Gorky Park Moscow has sadly been lacking a major theme park to call its own.

For fans of concrete here's some more lovely concrete.

Well this hasn't been updated in an age
The main structure of the mall and park is coming along really well. And the first rides are now being installed including the first coaster. Which appears to be a Fabbri wild mouse model (I'm not too good at recognising these small mice coasters so someone correct me if that's wrong)

A ton of pictures can be found here - http://www.themeparx.com/dream-island-moscow
Well worth a browse.

http://gazeta-nagatinsky-zaton.ru/2019/05/24/51868/
Looks like a Fabbri design to me but some of you guys might be able to identify it better than I can. (It looks similar to the Fabbri model i rode in Bahrain but its lacking the drop off the lift)

In other news heres some fairly terrible concept art for the park. Of note though are an Inverted coaster and a Zac Spin (which would go some way to explaining who bought the Zac Spin on Intamins reference list from last year)
But as always its Concept Art and as far as i can see the art doesnt even have the wild mouse we already know is there so its not that accurate.

Sounds like the Intamin launched coaster is now installed.

Google translated from here are some details

“Flight in the Tunnel” is one of the extreme attractions of the “Dream Island” theme park. Visitors are waiting for a full immersion in the plot of the cartoon “Teenage Mutant Ninja Turtles” and a high-speed journey along the underground lines of New York. Katalnaya Gora contains loops and unexpected upheavals, rises to a height of 24 m, accelerations and free falls. The length of the entire route is more than 500 m, trolleys are capable of speeds up to 80 km / h in four seconds. Most of the skating will take place in the dark and will be accompanied by media and lighting effects, but on one section of the route guests will “fly out” into the theme park, fly over the heads of other visitors and come back. The ride has no vibration: despite the high speed, the train has a smooth ride. The guests will be able to carry out “Flight in the Tunnel” by growth from 1.3 to 1.95 m, ”the message says.

It is specified that two trains with 16 seats in each and the entire catalytic route will be fully themed. According to the plot of the attraction, Teenage Mutant Ninja Turtles, led by Donatello, invented a high-speed train. For its construction, they used the details of the mechanisms of the insidious scientist Schredder, who will now try to stop them. Guests will fall into the shelter of the ninja heroes, take part in the process of constructing the invention and try to hide from the pursuer on it through the New York subway
Click to expand...

Official opening for the park was today

Tons of pictures can be seen here. 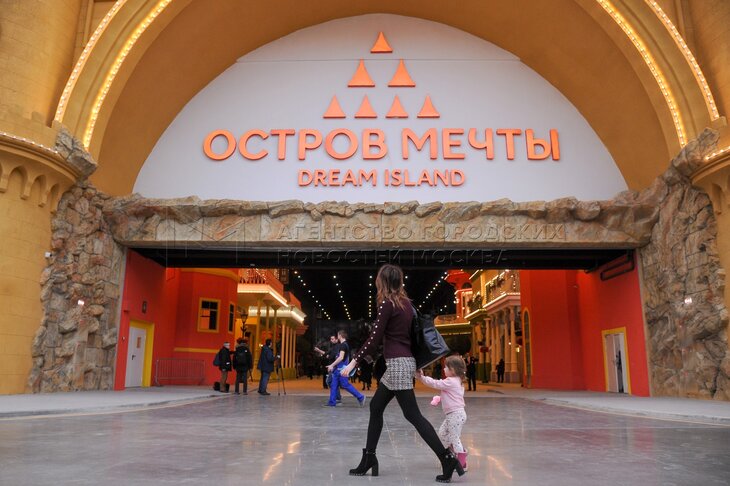 Here's a selection. The midway interaction with the launched Intamin looks great.

Looks good, shame it's in such a backwards country

Now we just need footage of that Intamin launch! Looks like an awesome park with really extensive theming!

A very short clip of the coaster for you.

I must say, this park is looking very nice! The launch coaster also looks good from that shot!

Shred The Sewers: Launch Coaster the new indoor Intamin Launched coaster has now opened. There are still some rides like Hotel Transylvania still to open.

Photos of the park can be seen here

Bump*
POV of shred the sewers the Intamin launch coaster.

The Hotel Transylvania dark ride has opened, the ride has more than fifty animatronics with eight scenes.

The flying theatre and drop tower are still to open, a visualisation of the drop tower below, this looks like a great park and while unlikely I would love to see it one day.

During 2019/ 2020 (just as we were consumed by a global pandemic) I created digital content for a number of rides for Dream Island’s Teenage Mutant Ninja Turtles area, on behalf of Seeper.Thi…

I made out so much of the coaster's layout from that very high-quality obviously mounted POV...

I think the coaster actually looks (and sounds, based on the reactions in the video) quite fun! Do we have any idea of the stats?
EDIT: Just looked the ride up on RCDB, and the basic stats are as follows:
Height: 78.7ft
Speed: 49.7mph
Inversions: 4 (a vertical loop, an inclined dive loop, a corkscrew and a heartline roll)
RCDB page: https://rcdb.com/14506.htm

I’d be really intrigued to see a layout plan, as the darkness does make it a little difficult to tell what the layout is like, in my opinion...

Do we know if the Hotel Transylvania dark ride is a clone of the Motiongate one? Because if so, PASS!

Funny how there's this universally known IP, high quality looking park that we hear little to zero about.

Dam it's be open two years but there is finally a lights on good quality POV of Shred The Sewers, while short I think it looks like a great little Intamin, it has some nice pops of air and looks quite whippy.