Do you wash your hands after using the toilet?

I wash my hands after any form of toilet use. But obviously i know some people do not. Ha.

Jesus christ this is the strangest thread EVER.
Besides: Do you really think anyone who doesn't wash their hands after the toilet would admit it?
Sometimes it's even best not to know lol

Staff member
Administrator
Moderator
Social Media Team
Yes. Why should I inflict my groin germs on other people without their consent?

Anybody who doesn't wash their hands after using the toilet is a disgusting, foul animal.

Wetting them under running water does not count as washing. This is how you should wash your hands. 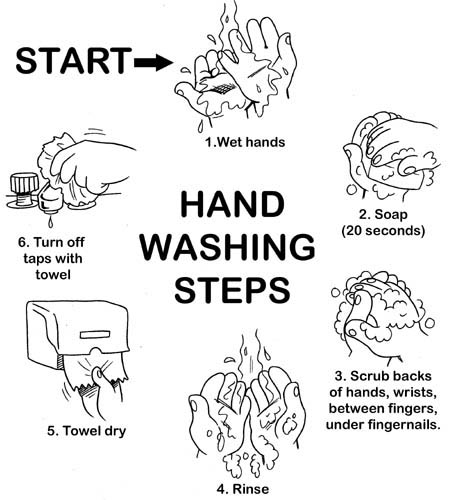 (Although I admit not turn turning off the tap with a towel. I usually turn the tap off before drying.)

Yep - unless the sink's broken or something!

All the time lol.

Yeah, as if anyone will own up in here.

I'd say about 90% of public toilet visitors do not wash their hands, given that I never see anyone else washing their hands, ever.. Plenty of people run their hands under the tap, but soap is an alien concept.

Of course I do. I rarely go to the **** toilet other than to wash my hands.
F

Joey said:
t I never see anyone else washing their hands, ever.. Plenty of people run their hands under the tap, but soap is an alien concept.
Click to expand...

Exactly! I notice that especially at the gym when guys take a dump and just let water run over their hands for 1 or 2 seconds and then go on to touch all the gym equipment which you have to touch and hold after them, it simply disgusts me.

I often wash my hands BEFORE I go to the toilet. :/
F

Mind you, I often wash my hands even WITHOUT going to the toilet

Yes. God, when someone doesn't *shudder*

Staff member
Administrator
Moderator
I always do and it always annoys me when people don't. It also annoys me when the soap dispensers are out of soap.

I never dry my hands though unless there are paper towels (public) or a hand towel (private). Hot air driers are the worst things ever...


scary stuff about hand driers said:
Effective drying of the hands is an essential part of the hand hygiene process, but there is some debate over the most effective form of drying in washrooms. A growing volume of research suggests paper towels are much more hygienic than the electric hand dryers found in many washrooms.

In 2008, a study was conducted by the University of Westminster, London, and sponsored by the paper-towel industry the European Tissue Symposium, to compare the levels of hygiene offered by paper towels, warm-air hand dryers and the more modern jet-air hand dryers.[21] The key findings were:

The scientists also carried out tests to establish whether there was the potential for cross contamination of other washroom users and the washroom environment as a result of each type of drying method. They found that:

the jet-air dryer, which blows air out of the unit at claimed speeds of 400 mph, was capable of blowing micro-organisms from the hands and the unit and potentially contaminating other washroom users and the washroom environment up to 2 metres away.
-use of a warm-air hand dryer spread micro-organisms up to 0.25 metres from the dryer.
-paper towels showed no significant spread of micro-organisms.
Click to expand...

Actually - I had to wait to wash my hands in sainsburys today, all three sinks were being used by people shaving! one guy was even doing his sideys!

^
Who the hell shaves in a supermarket?

Of course I wash my hands after using the toilet. And it annoys me to no end to see how many people in public restrooms simply don't bother. It's not that I'm a germophobe, it's just that I'm health conscious and not a slob.

But what really bothers me are public bathrooms where the door is designed such that it opens into the bathroom and can only be opened by turning a knob or handle. It kind of defeats the purpose of washing my hands if I have to touch the same filthy knob that Guy Who Just Took A Dump And Didn't Wash just touched. Seriously, does anybody think these things through?

Nooooow, if I have a massive banging **** I will always wash my hand, sometime twice if I feel that I didn't wash them enough or I get a paranoid feeling that I didn't. If I'm peeing, nah not really. If I get a bit of splash back then it's a rinse.

Oh, public toilets? Well I ain't ever pooping in one of them and the rare occasion I have to pee then I go around and kick everything to avoid using my hands

If I get a bit of splash back then it's a rinse.
Click to expand...

Good luck convincing Scarlet to let you stay at hers ever again.
A

^I did not need to hear that lol.