What would your five year plan be for a park/chain?

This will be a surprising park choice for me...

Now to be serious
SFMM
2020: Star Flyer to replace Sky Tower, new trains for Viper
2021 Mack Hyper ala DC Rivals
2022 One of those Air Chaser flat things that I dont know the proper name for
2023 Stratasourous Rex
2024 A decent dark ride that is 30 mins long in AC
2025 RMC Full Throttle

Sent from my SM-G955U using Tapatalk

Staff member
Administrator
Moderator
TusenFryd:
2020 - Wrestle park out of the slimy grasp of Parques Reunidos. Give the park a good lick of paint. Replace all park toilets with outhouses connected to large tanks. Overhaul park food routines. The prices may stay the same, but the profts are cut to offer more quality for the money. As this has been the number one complaint with the park until now, receive tons of goodwill for fixing it. For the same reason, cut the entry price by a symbolic sum.

2022 -Send contents of toilet tanks to Parques Reunidos' headquarters. By necessity, this will be a slow year investment-wise, as operations costs are higher and guests aren't being squeezed as tightly as before. Put more theming around Western-Expressen. Bring in a few attraction managers from German parks to train staff for quicker operations.

2023 - Send contents of toilet tanks to Parques Reunidos' headquarters. Major flat ride in the spot north of SuperSplash, which currently houses a building I believe is used for company events. I'm thinking something like a Top Scan could go there instead. It needs to retain the area's viking theme.

2024 - Send contents of toilet tanks to Parques Reunidos' headquarters. Replace the aging hardware of Tømmerstupet (the log flume), and give it some decoration.

Beyond - Look into what can be done with the awkward placement of Thundercoaster, since it effectively splits the park in two and cuts off some areas (most notably the viking area), while taking up roughly twice as much land as it needs to. I'm afraid it would have to go eventually, or drastic changes would have to be made to the land around it. I would maybe go as far as moving the park entrance a little towards the highway, and incorporate the two upper parking lots into the park proper. That would give guests the option to take the escalators up to the carousel, or walk directly towards the viking area through the old second gate entrance. The parking space would have to be recuperated either by buying the field north of the park, using more of the land along the highway, or constructing parking garages. All of it would need zoning laws to be changed.

But yeah, realistically, five years is a little too little to make up for the lost decade the park has been through. The star attractions are getting old and ripe for replacement, and just doing that would stretch the budgets over the next few years. Besides, the terrain is too awkwardly shaped to allow for off-the-shelf rides, the park layout is tricky to work with, and it's all further complicated by noise restrictions. The available room is also used rather inefficiently, which means some expensive re-shuffling would be required to make things better.

2020 - Buy Parques Reunidos. Head-hunt whoever is doing the development for Phantasialand, and a small army of Disney's imagineers. Let them loose on the other parks in the chain, but I'll keep TusenFryd for myself. Hey, I have infinite money, I can't possibly fail. I'll try to be reasonable with respect to time, though, since I presume that's a limited resource. So, not building anything more in one go than other parks around the world do.

Oh, right, 2020: Refurbish the north side of the park, between the carousel and SpeedMonster's entrance. The whole "main street" would have to go, and be rebuilt a few meters further towards Speed Monster, widening the path. The number of game stalls would have to be cut. Without looking it up, but with a quick glance at Google Maps, I think the park has more game stalls than attractions (there are 15 in this area alone!). Beautify the area and put in a couple of kiddie rides. Demolish Loopen, build compact coaster. Give the park in general a good lick of paint.

2021 - Continue rework southwards, this time starting with a refurbishment of the outdoors theatre and the main restaurant. The former has to be moved to the hill south of Thundercoaster, along the path down to the viking area. Make it indoors, so the noise from Thundercoaster isn't an issue (nor will rain be, for that matter). The latter will get a brand new kitchen with a brand new staff. Pay actual professionals instead of hiring 15-year-olds for summer jobs. In the former space of the theatre, build large flat ride (Screamin' Swings? Not terribly original, considering Liseberg has a pair too, but I like them and the footpring seems to match). Also, build a hotel on site like the development plan allows for. It would be just outside the park entrance.

2022 - It's been two years since the last big coaster already, my oh my how time flies. Can't have that. Put the forest behind Tømmerstupet to good use and build something that goes upside down a lot. Refurbish Tømmerstupet while we're at it. We can afford some theming.

2023 - Morgan Kane City remains TusenFryd's only attempt at immersive theming, but there is nothing to do there. Understandably so, there are neigbours just fifty meters away. But that's ample room for a decent dark ride bringing guests back to the wild, wild West. Put the entrance where the game stall is, the exit in the corner by the toilets, use the Skycoaster plot for the actual building.

2024 - Coaster time again! Remove Western-Expressen and the entire waterpark. Or rather, relocate the waterpark to a dedicated site nearby. Behind the viking area, for instance. On the site, build a big spinning coaster or similar. It doesn't have to go super fast or cover a super large area, but it needs to be more imposing than a Vekoma Junior Coaster, and fill the whole hillside. I like the concept of taking a small, compact coaster type and scaling it up to be really big yet still family friendly.

Whew, time flies! Even with infinite money, this park is hard to develop properly. Or maybe my imagination is super bad.

Time to bring out the big guns:
*With infinite money cheat* 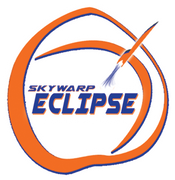 2020: refurbishment of Booster Bike with a new theme and fitting trains (still with Motorbike-restraints, but maybe bird themed, as that is a present theme of the Magische Vallei area) and a maintenance-shed beneath the station (Mack-Rides style) to allow for 2-train operations.

2021-2022: Part 1 of the Toverland-Resort with a keltic themed Hotel, including a petting zoo and an adventure-golf-course - all located to the north of Avalon with view over Fenix.

2023-2024: new themed area "Koninkrijk van de Nacht" (Kingdom of the Night), a music-themed area inspired by the opera "The Magic Flute". It features an ETF trackless darkride "De Toverfluit" which is a humorous over-the-top interpretation of the opera, featuring oversized music-instruments and several scenes inspired by real acts of the opera.
The 2nd attraction in this area is a Mack Rides Watercoaster, which is themed towards the three challenges of Tamino and Papageno, and thus features a total of three splashdowns. Since the darkride will be entirely and the watercoaster at least partially be indoors, it would continue Toverland's strategy of being suited for every kind of weather.

Has anyone in here ever played Rayman 1? That's how I would imagine this theme area to look like somehow:

Six Flags Great Adventure, why not

2020
Get rid of Flying Fish and replace with a dark shooter ride themed around Strictly Come Dancing. End with a VR section in which virtual judges give scores based on how many professional dancers you’ve shot.

2021
Acquire the IP for ITV’s daytime talk show Loose Women, and merge with the theming for Saw. It will be called Loose Women presents Saw: The Ride. The indoor pre-show will contain a VR section in which riders are invited to play a twisted game by Loose Women’s Coleen Nolan.

2023
Use the profit generated from successful IP based rides to build a B&M hyper. Themed around Kim Kardashian’s sex tape.

2024
Use the profit generated from B&M hyper to build interactive dark ride (with VR elements) entitled Brexit: The Ride. Riders travel through rooms themed to different parts of the UK while animatronic nationalists shout racist abuse at them. Make the most of purchased IPs by having the ride introduced by Loose Women’s Coleen Nolan.

Sent from my SM-G955U using Tapatalk

Nobody has touched Alton yet? I'll bite the bullet. I'll chuck in two scenarios too because why not.

Fantasy;
2020 - Rebrand X-Sector entirely with a Circus theme; repainting Oblivion and Smiler in the process. Add in a big-top in place of Enterprise and actually run a circus show daily.
2021 - Re-designed entrance plaza, new monorail
2022 - Either dueling woodies going into the valley, or dueling Mack's again dipping down into the valley with some Stampida style tricks sending carts towards each other.
2023 - ????
2024 - Profit
You must log in or register to reply here.
Share:
Facebook Twitter Reddit Pinterest Tumblr WhatsApp Email Share Link
Menu
Log in
Register
Top