Plans for Vulcania’s new for 2021 intamin LSM launch coaster have been submitted. As expected it will be themed to Earthquakes and will be 16m tall. It will also be 580m long featuring a drop track, and is expected to open March 13th 2021.

This looks like an interesting addition and will put the park on the map.

Never heard of Vulcania, I assume it is this place:

It's not on rcdb yet as it doesn't have any coasters. I'm glad to see a business diversifying into roller coasters!
P

Had a feeling this park was getting a coaster soon what with Futuroscope finally getting one. Looks like an interesting place and this looks like a great addition.

Peet said:
Never heard of Vulcania, I assume it is this place:

It's not on rcdb yet as it doesn't have any coasters. I'm glad to see a business diversifying into roller coasters!
Click to expand...

Currently it’s more of an educational park however they’re now trying to develop it more into a theme park as in 2024 they’re getting a drop tower and in 2026 they’re planning to get a raft ride. 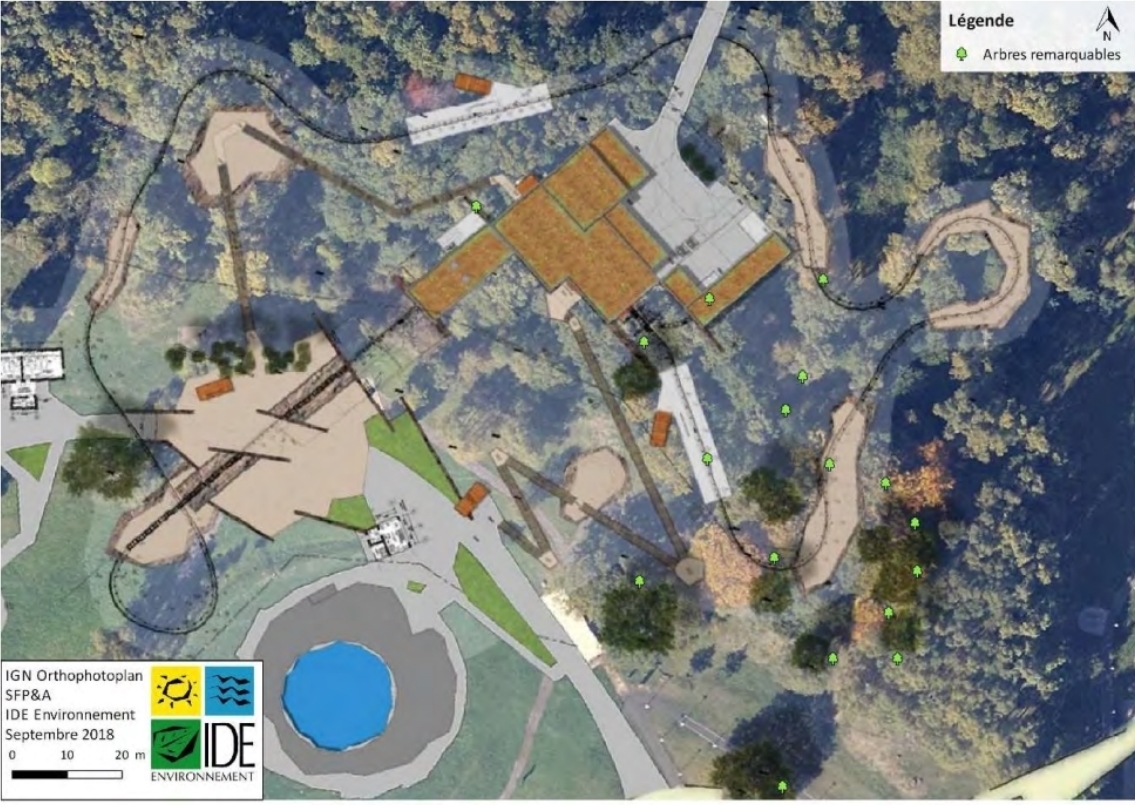 Am I the only one completely blindsided by this and did not see this coming at all? Or did I miss a memo?

Looks decent in its own right. Even more incredible when you consider where it's going!

Wow; this was certainly a left field announcement! Should be a fantastic ride for the park!

Wow. I didn't expect this - I think Futuroscope sort of set the bar with the whole 'we aren't a theme park with coasters, LOL YES WE ARE'. The interesting bit is that these rides aren't exactly CHEAP, so I'm really surprised that they're going with such a manufacturer.

I'm glad that some smaller parks are investing in quality coasters; however, the inclusion of LSM launches on such a small coaster does raise the question that this and Hagrid's Magical Creatures Motorbike Adventure could be ushering in a new generation of Intamin Family Launch coasters - more specifically, ones that forego a tire-propelled launch system in favor of LSMs. Although LSMs are certainly not cheaper from what I've heard, they should help with lowering the noise concerns that this park apparently has (Vulcania is supposedly in an Alton Towers-esque situation here). Or, rather, perhaps I'm overthinking this; Intamin could be classifying this as one of their Family Drop Coasters in the vein of Inferno and Th13teen. All that put aside, I'm rather excited to see what comes of this layout, especially with the drop track, promise of good theming and seemingly multiple launches.

Lofty said:
Wow. I didn't expect this - I think Futuroscope sort of set the bar with the whole 'we aren't a theme park with coasters, LOL YES WE ARE'. The interesting bit is that these rides aren't exactly CHEAP, so I'm really surprised that they're going with such a manufacturer.
Click to expand...

To afford this coaster I bet this park contacted Energylandia's financial department.

Jokes aside, it's not just buying the coaster that's expensive, it's maintaining it that makes it difficult for smaller parks to go big. Parts like LSMs are extremely expensive...

I am really intrigued to see what the layout will be like.

As I'm french (and living about an hour and a half from the park), I've read the project document, and there's a lot to say !

1st, they don't just open a coaster just to say "we have a coaster". It's an educational park about volcano, and all sorts of events like storm, earthquakes and so.

They've about 350 00 people coming to the park each year, and they want to reach the 500 000 goals. So the idea to make it happen is to offer more "fun" as they said. So, they plan to spend 30 millions € until 2031 to reboost the park. The first part will be the coaster, after that there will be a planetarium, and some rooms to make the property a full resort. They also planned to have a tower themed after meteorological events, and a rafting about maelstroms and waters things.

For the 2 last ones, nothing is already fixed, so we don't know for sure what it would be. But, as the park is set into a natural park, les Volcans d'Auvergne (Auvergne Volcanoes), they must reduce the visual impact of the rides, as for the noises. They can't exceed 18m in height, and the rides have to be the quietest possible.

So for the coaster, It WILL be an Intamin, it's official (the name is said in the work schedule), and it will very probably be an Family Drop. The theme will be based on earthquakes. As the coaster leaves the station, you will see a short dark ride, and then enter the 5-meters height drop part. The ride will then hit the launch (top speed of 55 km/h, 34 miles/h) and, except for one big turn with an height of 16m, will stay very close to the ground and the forest.

As I said, they have noises issues. That's why they chose an " electric launch" as they said. Don't know if it would be LSM or just drive launch as the Intamin's MotoCoaster.

For my own, I have a lot of interest for this ride. I've been once to Vulcania and it's pretty cool ! They have an ETF trackless Dark-Ride that is very great for such a small park ! Their skills at theming are quite good, so I hope the ride would be very pretty. I think it would be a great addition for the park.

Nice integration of pathways in that coaster design, tunnels and a coaster bridge. Should be quite an immersive experience walking around, almost like in Klugheim.

Ah, and I forgot to mention.

The coaster will NOT have square-based supports, like some recents Intamin creations, but smooth and pretty round-base supports, like the good ol'time !

UKCoasterFan said:
Should be quite an immersive experience walking around, almost like in Klugheim.
Click to expand...

I get what you're trying to say, but the ridiculousness of comparing this to Klugheim - one of the most immersive areas to ever be made in a theme park - made me laugh out loud.

JoshC. said:
I get what you're trying to say, but the ridiculousness of comparing this to Klugheim - one of the most immersive areas to ever be made in a theme park - made me laugh out loud.
Click to expand...

I said almost. It's nothing like a themed area obviously, but there are not that many opportunities to get close to a low to the ground coaster where I have been and where the park takes the effort to integrate pathways with a coaster design. Most launch coasters seem like they could be removed easily. Klugheim is one of the very few exceptions. In THAT sense this looks similar.

Vulcania. Where a tiny freaking park can just build a freaking Intamin out of the blue.

This is really interesting, I've kind of had my eye on this park for a little while - as it markets itself as a theme park already despite being more of an 'edutainment' attraction.

France seems to have a few of these non-coaster 'theme parks':- Futuroscope, Puy du Foy, Terra Botanica, Vulcania - It's as though the French public or culture has a need for things to be more educational/cultural, but now shifting towards a more globalised and younger society - we're seeing demand for coasters in these places.

Also it could be a planning strategy - get your park's planning permission accepted for being 'educational' then slip in a few rides....... 5/10 years down the line cheekily slip a coaster in there!
Last edited: Dec 9, 2019

^ Hum, France do have a few of edutainment parcs indeed. And one of the main reason is pretty simple....

In our dear country, lots of people sees theme parks and attractions at childish. Not in the good way I mean. In the other hand, theme parks in France ( and also globally I guess) are very successfull ! Everyone says " Theme Parks ? Oh, it's dull and for kids, grow up a little man !" but they love to go to Disney each year as well.

That's why, IMO, we have some educational parks around here. To say that's not a theme park, but you could have fun in learning ! The main issue is these hybrid parks are always a bit unbalanced... It's sometimes too serious for entertainement, and sometimes too light for educational purpose.

Luckily, opinions about theme parks are changing in France. Slowly, but moving. And that's why, I guess, what was before an "edutainment" park are turning into a "real" theme park.

Vulcania doesn't hide about this. But they say they will continue to provide science facts and educational things, along to provide thrills and fun.

Looking for statistics on the fastest, tallest or longest roller coasters? Find it all and much more with the interactive Roller Coaster Database.
rcdb.com
The name has been revealed as Namazu. The name "Namazu" refers to a mythical giant catfish carrying the islands of Japan. The fish is kept in control by the god Kashima. When Kashima's guard slips, Namazu causes earthquakes.