“Six Flags is the leader in thrills and opens new rides and attractions every year, at every park. Six Flags Discovery Kingdom will debut a world’s first of its kind coaster and it will be our first to be themed after the one of the world’s most iconic female super villains, HARLEY QUINN from the infamous Suicide Squad villains,” said Park President Don McCoy. “Located next to THE JOKER—our popular hybrid coaster, the over-the-top personality of HARLEY QUINN will be the perfect addition as the world’s most iconic Super Heroes and Super Villains battle it out for dominance.”

HARLEY QUINN Crazy Coaster takes thrills to a whole new level, as two trains race forward and backwards then charge each other head-to-head to create a dueling riding experience that only Six Flags could deliver. The dueling trains with 32 riders seated face-to-face, race repeatedly around a 360-foot circuit of lemniscate (figure eight) track.

Riders experience up to 12 head over heels inversions;
After the two trains travel back and forth, the ride does three forward rotations and another three in the opposite direction;
A tantalizing “High Five” moment – when the two high speed trains pass each other at a combined speed of 70 miles per hour giving the illusion that riders can actually reach out and “high five” the other riders as they careen by.
HARLEY QUINN Crazy Coaster will be located across from THE JOKER and adjacent to SUPERMAN Ultimate Flight.

Six Flags Discovery Kingdom is also announcing the start of 2018 Season Pass sales with its Fourth Annual Flash Sale through Labor Day weekend that features the lowest prices of the year—savings of up to 75% off on a 2018 Pass!

August 31 through September 4, guests will receive a free upgrade to a Gold Combo Season Pass with every Pass purchased. Gold Combo Season Passes include admission to Six Flags Discovery Kingdom, Waterworld Concord and any other Six Flags theme park plus free parking at both parks (certain conditions apply) and special admission offers for friends.

2018 Season Passes provide unlimited visits any operating day for the rest of 2017 (including park admission to Fright Fest and Holiday in the Park), and all of 2018. Pass holders may also purchase a Premium Season Dining Pass which includes a lunch, dinner and snack during every park visit plus they will receive a 2018 All Season Drink Bottle for unlimited drink refills. Premium Season Dining passes may be used at any Six Flags theme park.
Click to expand... 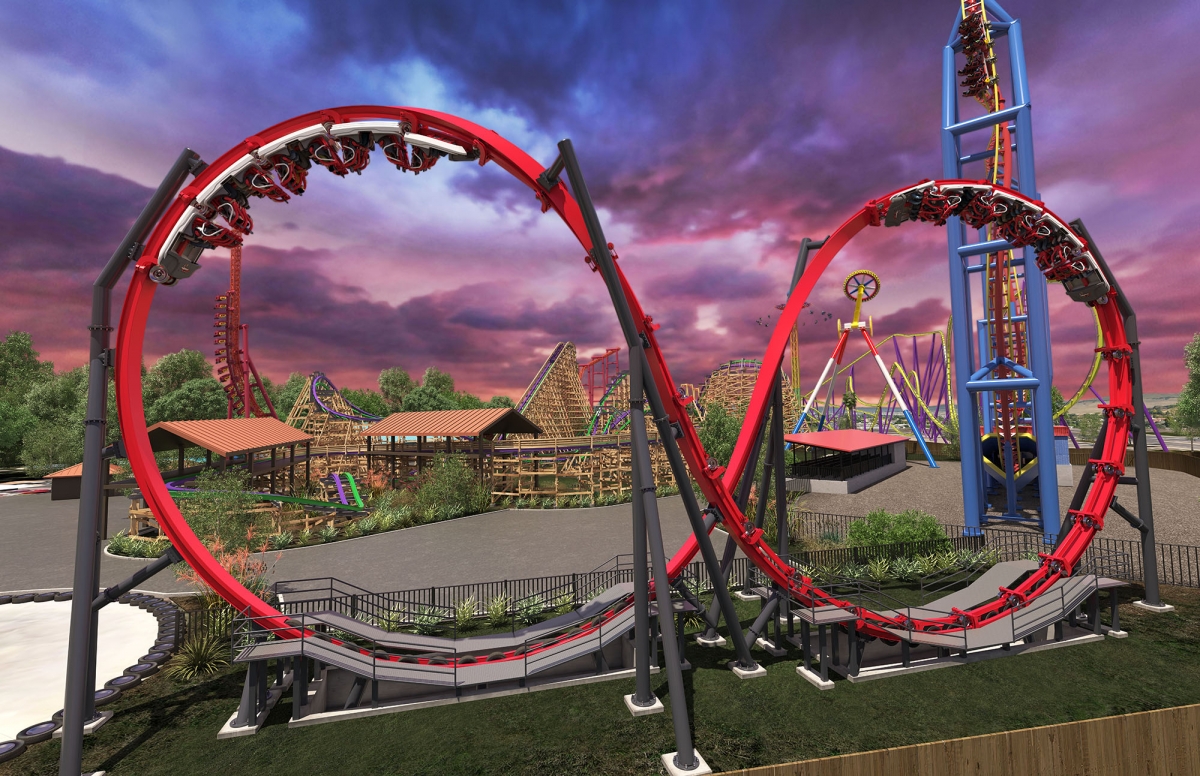 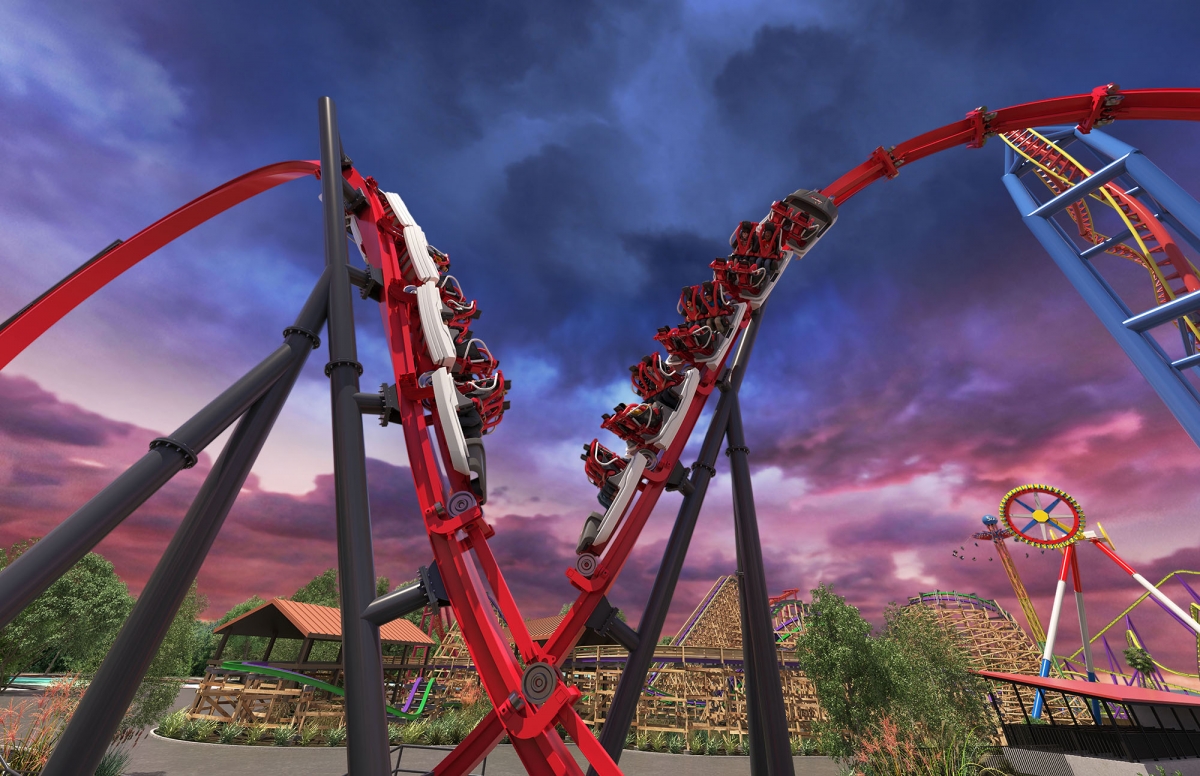 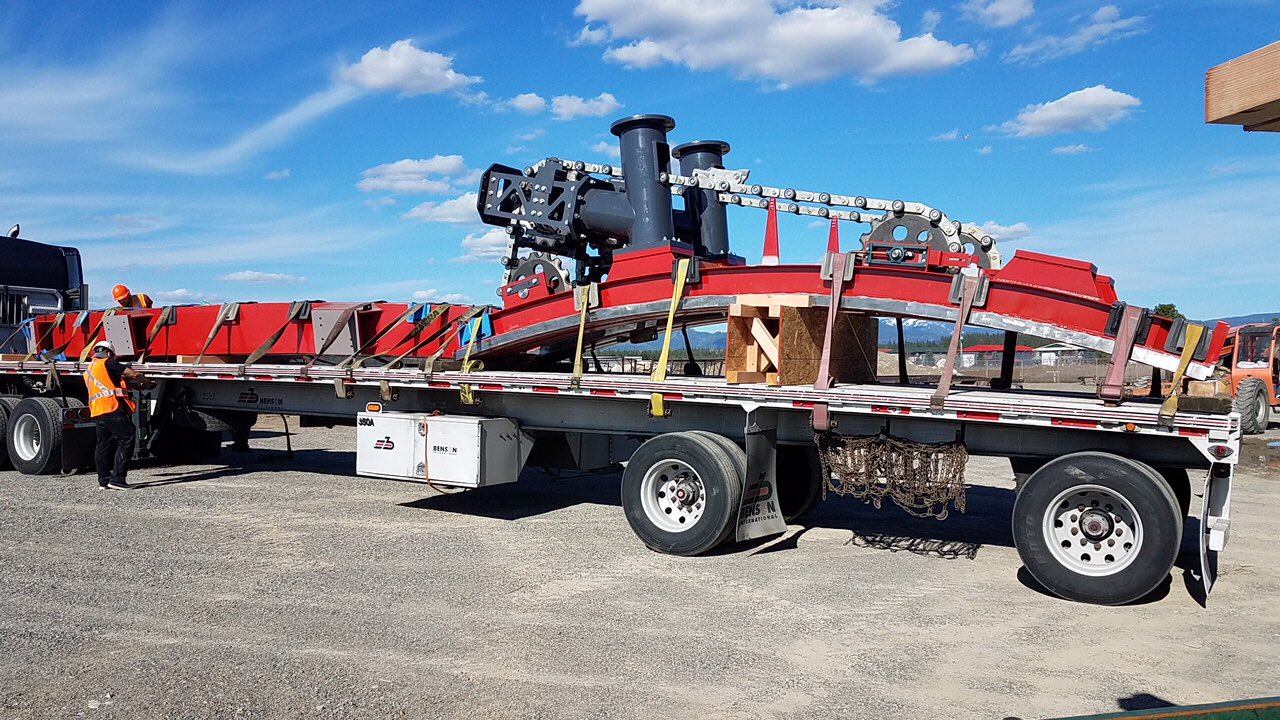 What are the chain systems for?
S

Probably for the drive system??

But it uses drive tyres:-
Would use the CF vid but it isn't as HD.

You can't take a promotional video from over half a year ago as solid evidence of the rides mechanics.......

@ATI Drive tires need a motor to spin. To save costs, some companies use a belt/chain to turn two(or more) tires with one motor. A sprocket is attached next to the wheel, and the motor then spins the chain, which in turn spins both wheels.

The ride will be tire driven, but the tires cannot move the train around the circuit at a constant speed, so it will use a chain to slowly move the train for maintenance.

This was said by a Skyline employee.

Forgot about these. Have we confirmed that it's a cred? I remember associating these with the Larson Loopers when I first saw the reveal, but I'm not too sure now...

I'd count it, RCDB does too. Reason being that the drive tires aren't in contact with the car the entire time, so it "coasts" down the half-loop parts of the ride, and then gets driven back up the "dive" by the tires.

But if you can count these, then how come Larson Super Loops can't be counted? Do they not coast at all?
T

Matt N said:
But if you can count these, then how come Larson Super Loops can't be counted? Do they not coast at all?
Click to expand...

No as the train is part of a continuous ring which is always in contact with some kind of propulsion system.

Temleh said:
No as the train is part of a continuous ring which is always in contact with some kind of propulsion system.
Click to expand...

Thanks @Temleh! I thought it would be something like that!

CoasterMac305 said:
I'd count it, RCDB does too. Reason being that the drive tires aren't in contact with the car the entire time, so it "coasts" down the half-loop parts of the ride, and then gets driven back up the "dive" by the tires.
Click to expand...

Yeah, I took a look at the video again and it seems like you're right. I originally thought that something was constantly powering the trains.

I'm not a fan of the Larson Looper (did it at SFNE and it was a little gross). I'm inclined to compare this to the LL's, and since they seem very similar I'm not really excited for this.

Yeah I had some trouble finding their Facebook page as well.

Having eventually found the post, I have embedded the photos making viewing them fully less of a ball-ache:-

Staff member
Administrator
Moderator
Social Media Team
Yeah, after seeing those tyres, it's moved into the "defs-a-cred" category, whereas the loopers just aren't, by any definition.

For me it's the same distinction now as a half-pipe vs a disco.