TPoseOnTantrum said:
Question is, where tf is this
Click to expand...

To answer my own question after doing some digging; it's called Sky Loop and will operate at the Riyadh Winter Wonderland this year; https://xpressriyadh.com/list-of-amazing-thrilling-rides-in-riyadh-winter-wonderland-2021/

Staff member
Administrator
Moderator
Ahh, just what I imagined winter in Riyadh to look like.

I mean, isn't Superman, the original SRII basically on a transportable base as it is.... (it is)

Nice to see Mellors purchasing something like this... Gives me hope that maybe Fantasy Island may be blessed with one at some point.

What I want to know is how is it a Guinness World record... Maybe something along the lines of world's tallest/only portable multi-launch roller coaster?
Last edited: Oct 16, 2021 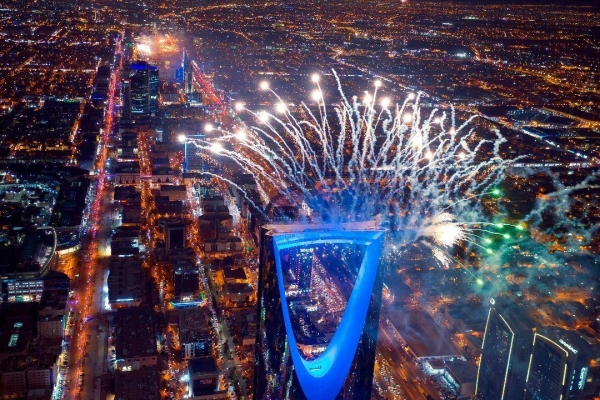 In a tweet, Al-Sheikh announced surprises in the festival featuring fun-filled activities and 7,500 astounding events across 14 entertainment zones spreading over a total area of 5.4 million square meters.
saudigazette.com.sa

It's worth noting that right now the structure is bolted to what appear to be temporary steel footers, which in turn are bolted to the concrete.

Of course, these could always be swapped out for the grid base that is so common with traveling coasters, a la what SFDK's Superman: Ultimate Flight has. Then again, it was built on a concrete pad that had previously housed a Gerstlauer spinning coaster without concrete footers, which in turn had occupied a concrete base once set up for Zonga, which in turn once again began its life as a traveling coaster. Point is, Superman could have travelled, idk, if somebody with more knowledge on Premier Rides lore than myself could interject that'd be great.

Or I could be very completely off about this. Only time will tell.

Up we go.
Going up fairly fast.

@Pokemaniac I think that this warrants a move to Roller Coaster Construction and a thread re-name
Last edited: Oct 30, 2021

Looks to be close to completion, depending on when this photo was taken it could easily be done by now; https://www.reddit.com/r/rollercoasters/comments/r0hgxa

Bit of a blurry shot. But track is now complete.