Given that sadly not many people have been able to visit this park in this forum, I wanted to show you the difference in literally just a week of work.

It's pretty impressive and seems like the thing is getting more serious now. I honestly can't wait anymore to see what Parque Warner has to offer us in the following 2 years. I have gone through all the VelociCoaster construction process and it took around 6 months from the start of the construction to the spotted track stored in the Epic Universe land. Not saying its gonna have that project's magnitude even tho I would love to see the European Veloci given how loved that coaster is (no wonder why) but I'm hoping to see a reasonably large Intamin project given that Warner is been doing pretty good in attendance numbers these last years (>million/year pre-covid) and also might want to give the park a big push forward to recover from the pandemic. On top of this, the park didn't have any major coaster addition since the park opened in 2002! Another thing that might be very interesting to you is that the park is actually planning on building a new hotel (finally) for around 2023-2024 as well.

And honestly, this makes me wonder if a world-class coaster is a reality not that far away from now since they are gonna build the hotel casually almost at the same time the rumored coaster is gonna be finished. Btw this info is all taken from the official town hall where PW is located, so I'm not making up any of this hotel thing. They are planning to build a new bridge to the new hotel, new bus stops (around 8 even in parts that have literally nothing right now, and where the hotel won't supposedly go, which makes me wonder if they're planning ahead more hotels or projects for that areas) and make the parking bigger as well. Also, the granted permission to do all of the previously mentioned things has been made back in March of this same year so it's not an old pre-covid document, so I guess they know they can afford to do both the coaster and the hotel from the start, and seems that the hotel project is still up to this date (unless they decide to cancel it suddenly).

What do y'all think of this, a bit of dreaming? don't think this will be possible? Lemme know!

Again this is everything pretty much speculation, but what we know for sure is that a coaster is gonna be built given the official permission request to the town hall to start building it and the walls that appeared on the area where the layout is rumored to go.
Last edited: Nov 5, 2021

a hotel would be useful. it is too risky to trust the bus on summer nights
J

Hey a quick update, a lot of new markings appeared and it seems like there is a lot of movement around the park. Some images, maybe sb that has been through a construction process can tell us what they could be for if they saw similar markings.

In the next images u can see blue poles with a white line connecting all of them together.

JFranks said:
Hey a quick update, a lot of new markings appeared and it seems like there is a lot of movement around the park. Some images, maybe sb that has been through a construction process can tell us what they could be for if they saw similar markings.

Hi guys, today more holes with cement have appeared and it is theorized that the Footers molds are already there.
And they have thrown the collapsed building of the old simulator.

Yeah. Looks like they are building footers and you can clearly see here the rounded shape of what seems to be a pretty big footer.

Also as you can see in this image here, they are following the same steps. A rectangle concrete base and a rounded footer on top of it(second picture of the last reply to this post). Just hoping the track is like velocicoaster, like it more. But I'm ok if it's the triangle, I like it as well.

In this post, u can also see how it was built in other roller coasters as an example (images in the reply).

In this last weekend, many new features have been observed:


-They have demolished the old queues of La Venganza del Enigma, that were not used because they were for great attendance. 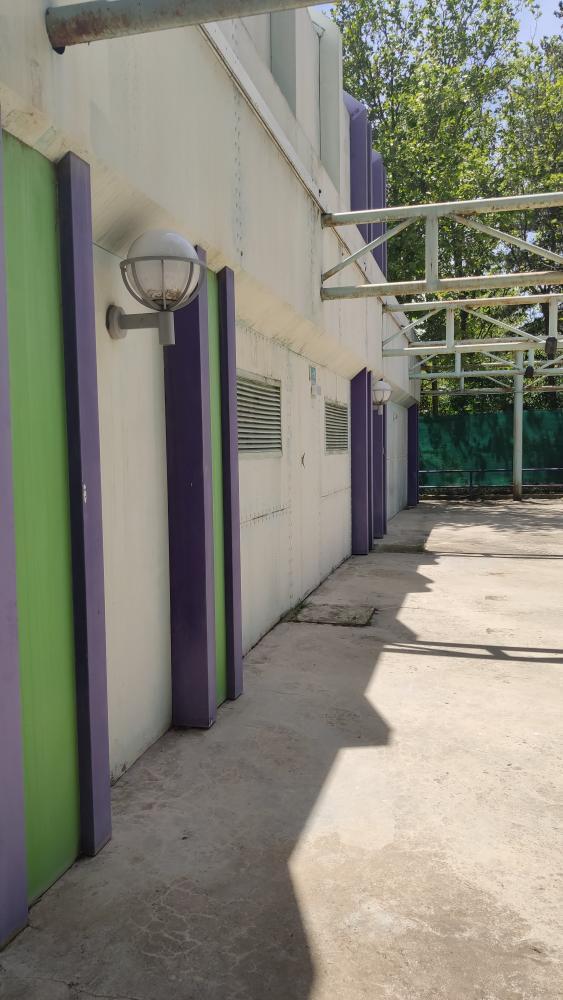 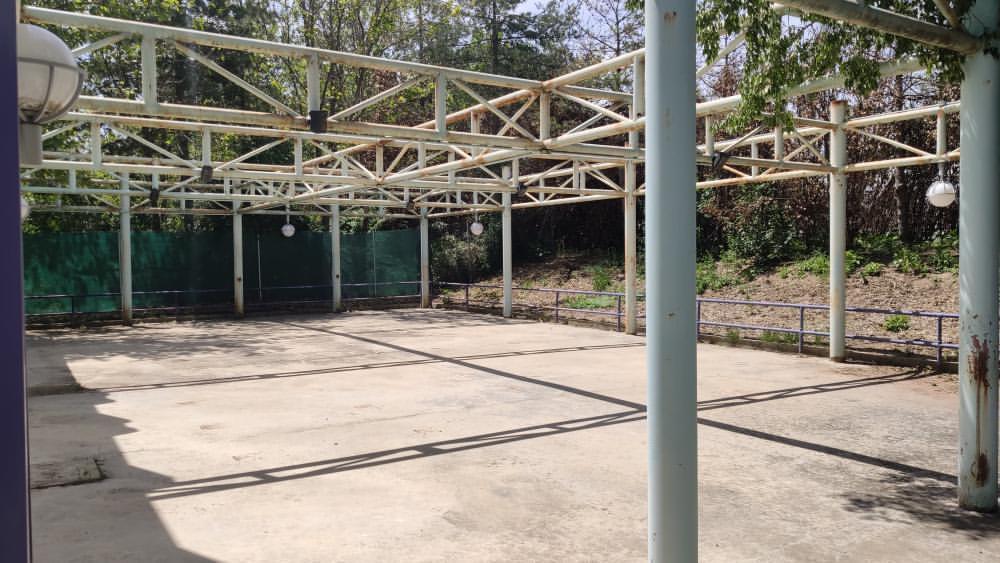 -Trees have been cut down in Gotham Park (near La Venganza del Enigma drop tower) where the Halloween passage "La llorona" was located in recent years (film "The curse of La llorona").
-They're working all over Parque de Gotham (next to La Venganza del Enigma drop tower), right down to the back of Scooby Doo dark ride.
-Ditches for construction pipes.
-Topographic landmarks through the park for measurements. There are 4: near the simulator entrance, near the simulator tails, behind Scooby Doo and behind Batman's Stunt show.
-The lighting Batman has been removed from the simulator entrance.
-They continue to demolish the back of the simulator. 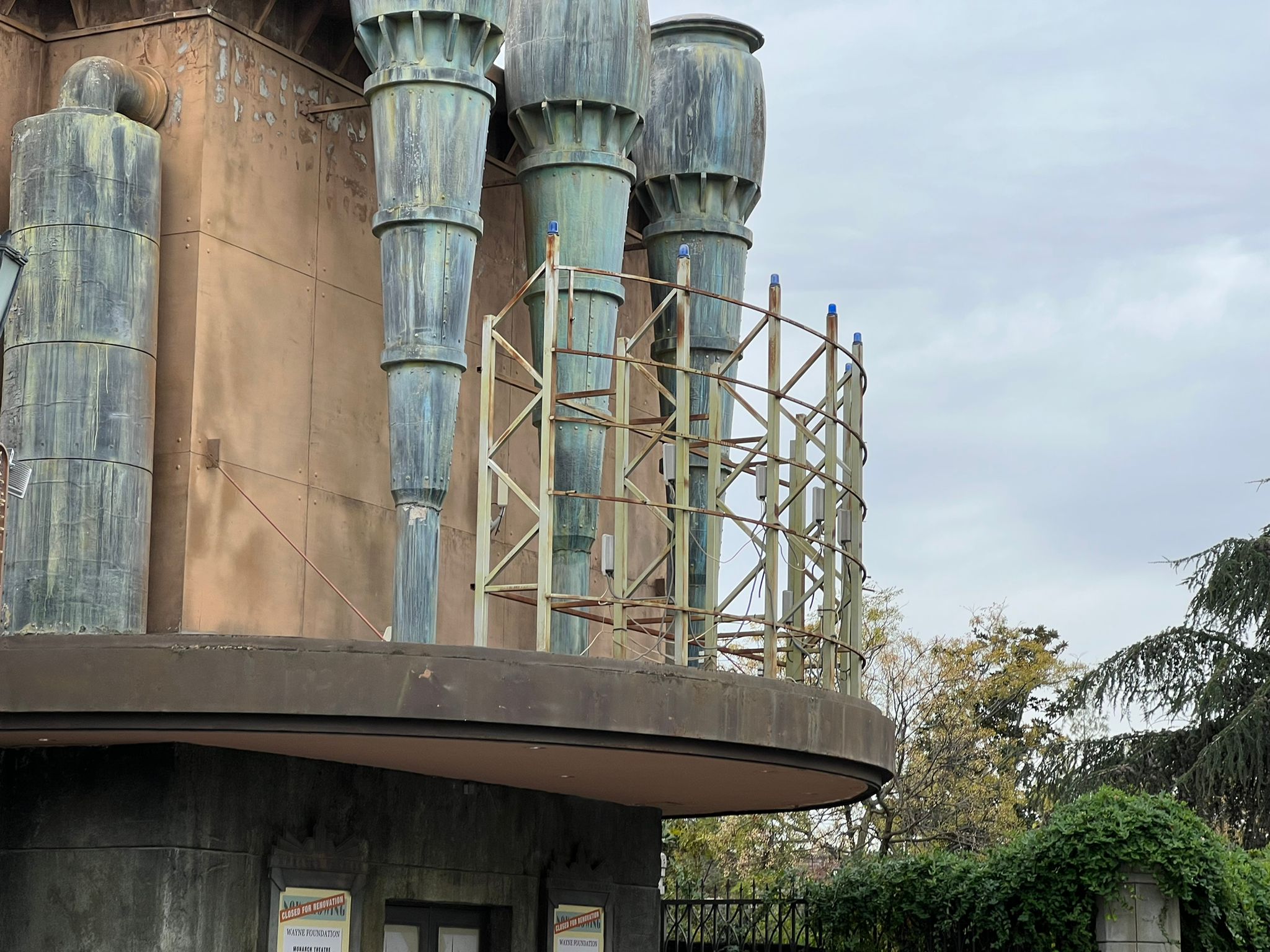 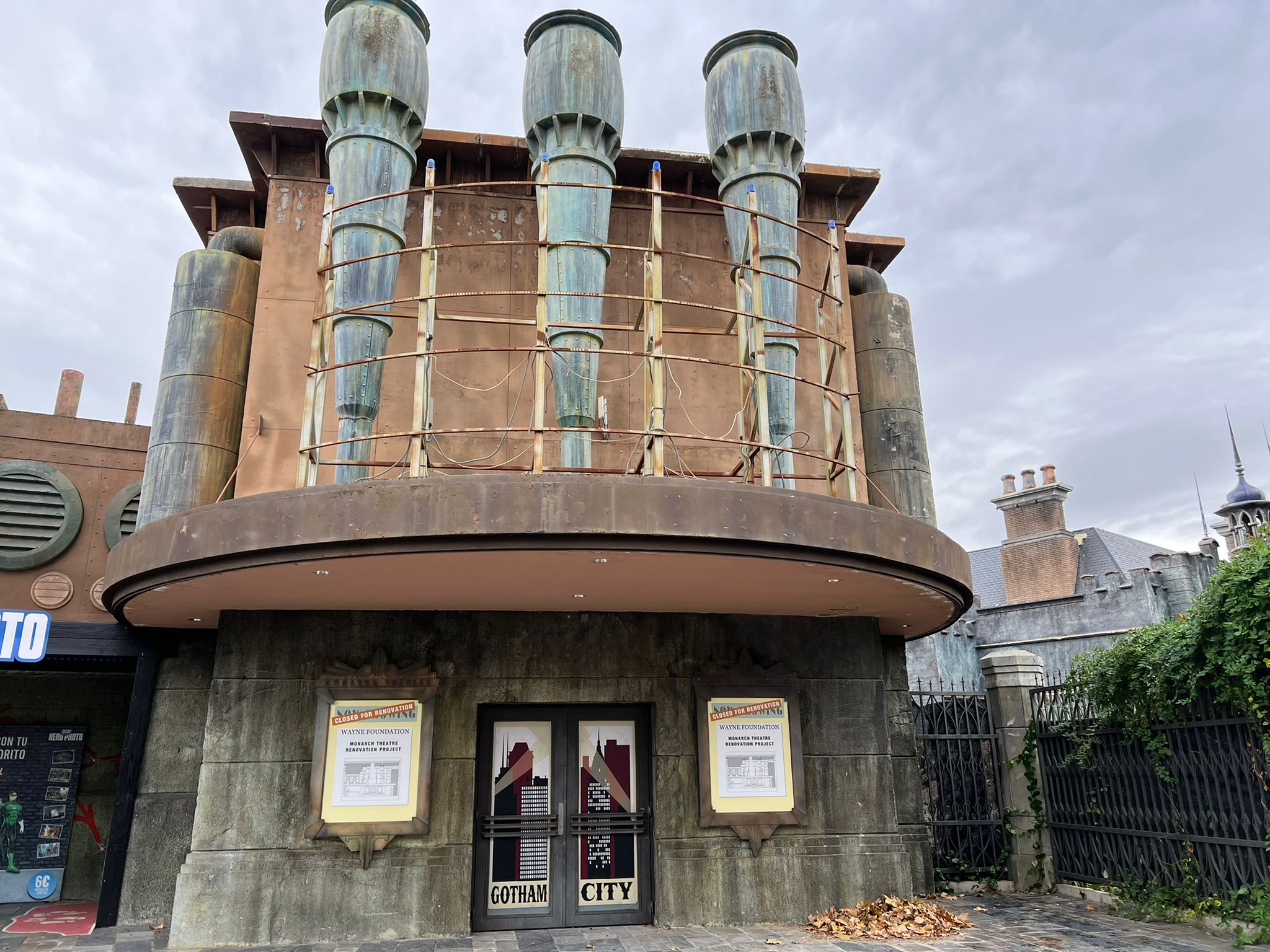 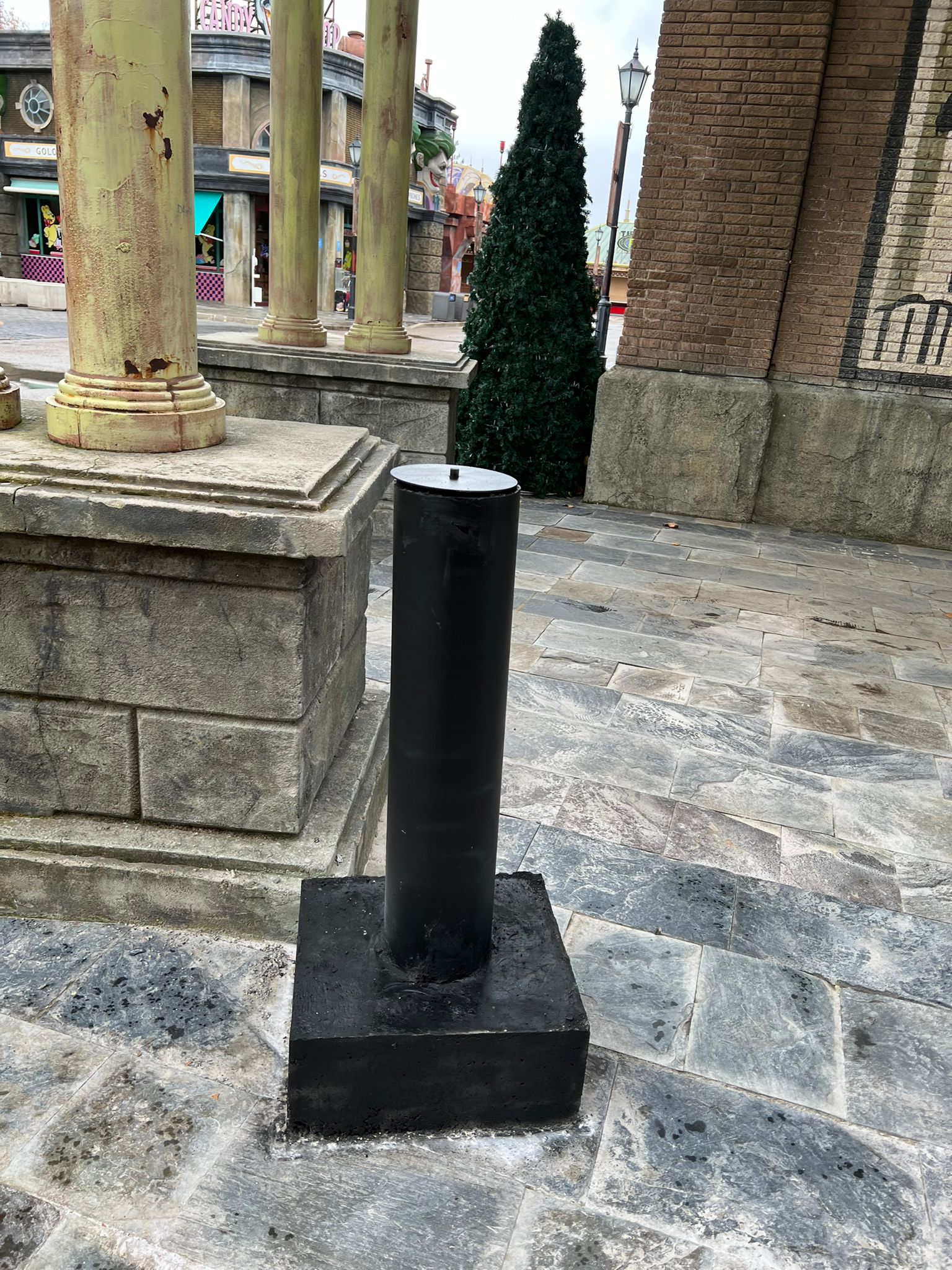 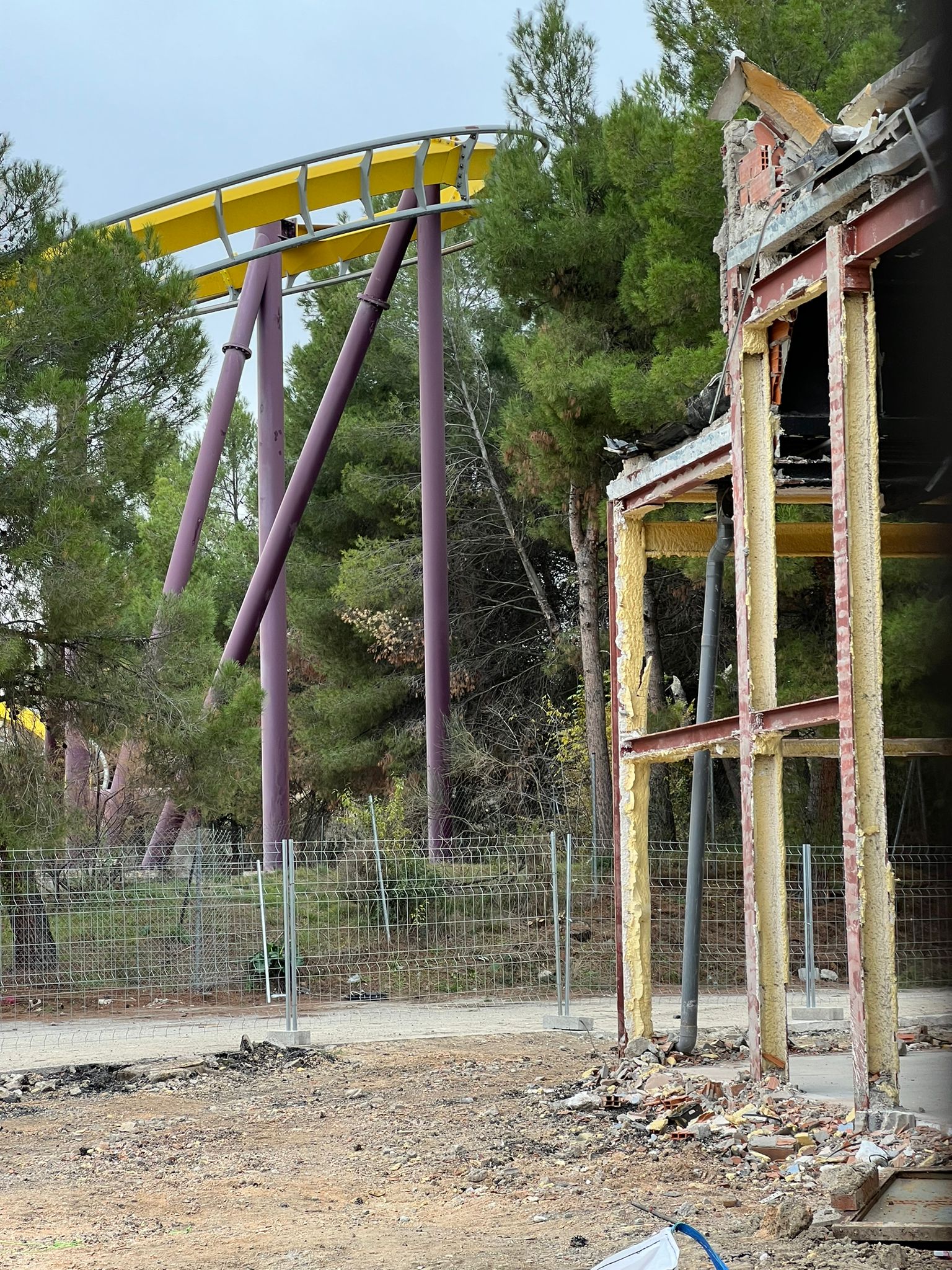 Is this just me or does this look like a mack footer?

Staff member
Administrator
Moderator
I'm still fearing some sort of family launch coaster or something out of Gerstlauer's bargain bin (or heavens forbid, Zamperla), but there could be reasons to be cautiously optimistic. It will be interesting to follow.
V

VonRolland said:
Is this just me or does this look like a mack footer?
View attachment 14839
Click to expand...

The user compared the works of the park with a random footer taken from the internet (this photo).

vicarpi said:
The user compared the works of the park with a random footer taken from the internet (this photo).
Click to expand...

I actually went over some of the intamins construction such as taiga, and if u take a close look at the construction timelapse, they are following the same steps more or less. I´m really hoping it is something intense and not a family coaster, we had enough family additions since 2002 and no major ones.
J

Hi everyone! I created this video so that u can take a look at the new works, retrack, and new slides construction. I did it with a bit of experience and a lot of respect. Thank you and hope you like it!

VonRolland said:
Is this just me or does this look like a mack footer?
View attachment 14839
Click to expand...

I dont know how I havent seen this before. That's 100% a Mack footer. Copperhead Strike for reference:

MLDesigns said:
I dont know how I havent seen this before. That's 100% a Mack footer. Copperhead Strike for reference:
View attachment 15045
Click to expand...

I think they do most of them pretty much the same way if I'm right, so there is really no way to tell as of right now with that video quality. btw all of em are rounded and don't seem to be exactly like that as well...

MLDesigns said:
I dont know how I havent seen this before. That's 100% a Mack footer. Copperhead Strike for reference:
View attachment 15045
Click to expand...

If I’m following this correctly, the image you’re talking about is not from this coaster. It is an image somebody on twitter used to compare the concrete sections of that footer to the ones being poured on this construction site…

The image from this construction site was at the earlier stage of concrete pouring, and only showed the hole / shape with rebar… Not the classic yellow mack footers…

Ahhhh yep, I see, you're right on that one. Had a slight feeling that might have been the case but just jumped the gun