Why is it that more parks do not invest in parking garages, to allow for expansion of attractions? plus, nice to have cars in the shade.

Parking garages are super expensive and labor intensive - there’s a reason that nearly all parking garages are at least in some part state funded. Parking lots are just an easier option, plus they come with less commitment - parking lots can easily be expanded or turned into space for rides.

That is a lot of wacky worms.

That is a lot of wacky worms.
Click to expand...

For Disney? Nah, about 2-3, I'd say. Remember the exorbitant fees Disney Parks and Resorts have to pay Disney for the use of IP, so that a ton of money can be transferred between divisions as tax-exempt expenses and not as profits.

It wouldn't surprise me if half the cost of that garage was the fees to use Disney characters on the signs.

Also the chaos at the end of the day when everyone tries to leave at the same time; if you parked near the top of a fair sized garage/multi-storey you'd be waiting for hours.

Staff member
Administrator
Moderator
Social Media Team
My theme park days are ruined when I return to a hot car.

Staff member
Administrator
Moderator
Social Media Team
The other 'problem' with parking garages is that they require a LOT of maintenance. They're actually quite complex structures, and are not cheap or easy to keep operating [safely]. In cities you can just about make the argument they're worth building/operating as the real estate value is so high, but out in the sticks where most big parks are it's probably just not worth the effort.

People like Disney (who probably didn't build a $100m parking garage) or Universal can probably make the argument by weighing up several factors. They have so many visitors those car parks would be truly colossal if only one level - this would be an all round difficult thing to manage with guests needing shuttles, the land it would take up, etc. They're also already nearly operating small cities, so it's probably a relatively small part of what they're doing (when compared to a more standard "off the highway" Six Flags type park). They're probably at some critical mass (of both maintenance costs and guests) that they can justify it.

Outside of Disney and Universal, does any park even have them? Maybe Lotte World?

Universal Hollywood was the best I've parked in, just dumps you straight out into CityWalk.

In a sense, Having the garage very close to the entrance would potentially save money by not operating and maintaining shuttles. I know a lot of parks don't use shuttles though. I don't think I have been to any park besides Universal and Disney that do in fact have parking structures. And It probably is the urbanite in me that sees these huge sprawling parking lots as such a waste of potential space.

oberthewhat said:
And It probably is the urbanite in me that sees these huge sprawling parking lots as such a waste of potential space.
Click to expand... 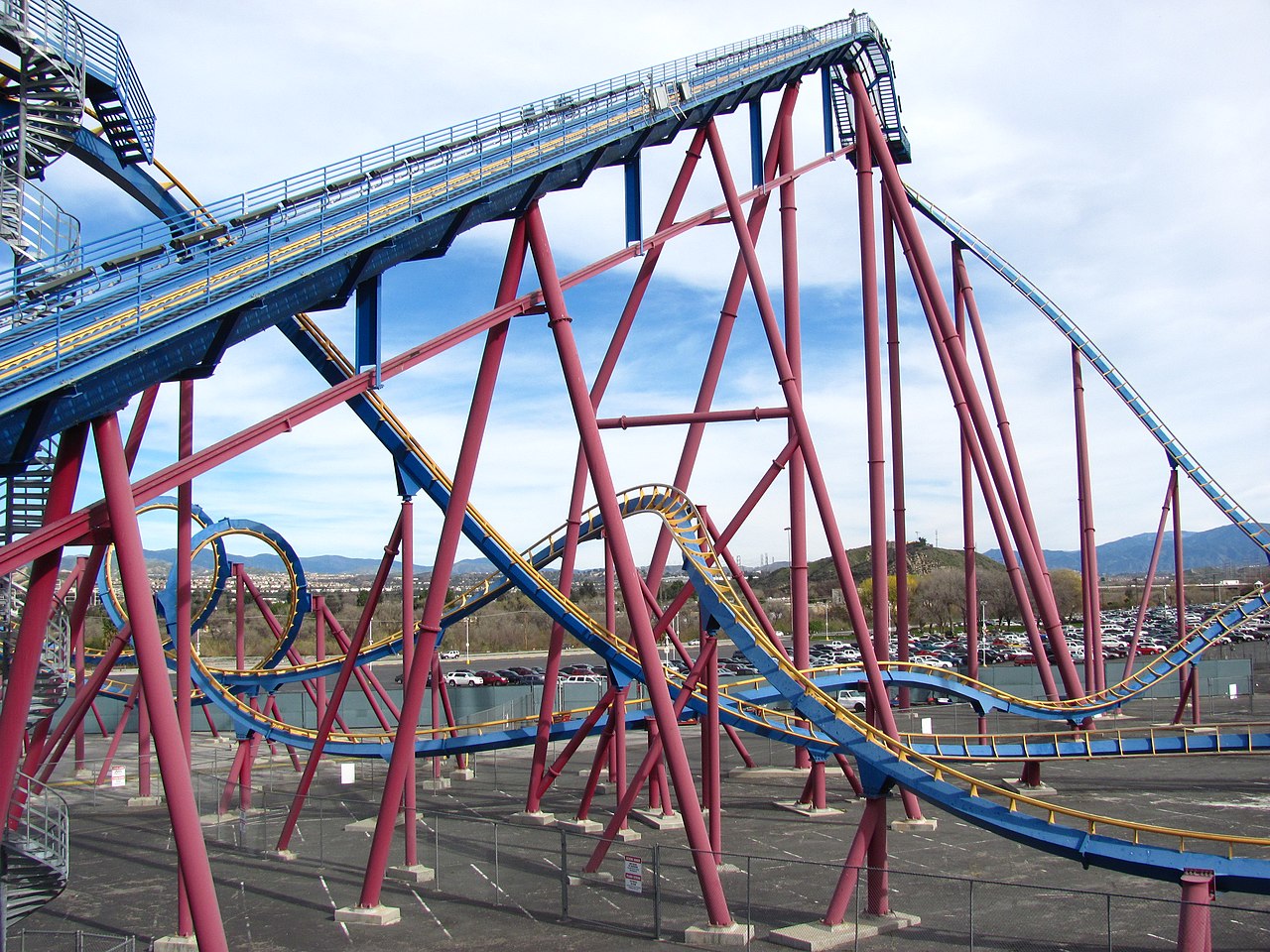 I do wish more parks would follow down the solar roofing path. Huge parking lots are perfect for covering with panels to power vending machines

davidm said:
Outside of Disney and Universal, does any park even have them? Maybe Lotte World?
Click to expand...

Fun Spot Orlando's 'master plan' map they have posted in the arcade showed them eventually adding a small one in the lot across the street from their main lot. Will it happen? Who knows. Myrtle Beach Pavilion had one (RIP).
technically most all the indoor park/mall parks would have a garage haha. Mall of America, American Dream, West Edmonton.


Dar said:
I do wish more parks would follow down the solar roofing path. Huge parking lots are perfect for covering with panels to power vending machines
Click to expand...

When I was at Discovery Kingdom a few years ago they were adding Solar Covers in their lot, had like 1/3 done. Legoland FL has them too, I was shocked Disney World hasn't added them during all their parking lot make overs they've done in the last few years, although they do have 2 massive solar farms (one on property next to Epcot and one a little out of the way behind AK)

Dar said:
I do wish more parks would follow down the solar roofing path. Huge parking lots are perfect for covering with panels to power vending machines
Click to expand...

This though. The solar potential for sprawling parking lots is massive, not to mention providing common courtesy of sun/rain shade for guest’s cars.

Dar said:
I do wish more parks would follow down the solar roofing path. Huge parking lots are perfect for covering with panels to power vending machines
Click to expand...

This would be amazing, especially at my home park SFFT. My reason for bringing up a parking garage was because they seem to be running out of room for major rides. However, I would be super happy to see some shading in the current lot with solar panels.
You must log in or register to reply here.
Share:
Facebook Twitter Reddit Pinterest Tumblr WhatsApp Email Share Link
Menu
Log in
Register
Top