Not really a theme park trip but one had a credit and one had waterslides so may be of interest to people.

Went to Tenerife mainly because I wanted to go somewhere Spanish that would be hot and have stuff to do and also be near a beach, ruling out Madrid for the parks or Barcelona because Tibidabo was shut.

Loro Parque was an hour transfer from where we were staying, only reason for visiting was for the orca show but the +1 was always an incentive.

Giant penguin enclosure that had 'real snow' falling on it, a conveyor belt that moved you round the entire exhibit meaning nobody was pushing past you to get closer or moving back and forth.

Best of all though, they also had SLOTHS

Orca Ocean, their killer whale show, was the only time you got to see the orca's during the day and it was a very polished show with a lot of the laughs coming from the build-up where the cameras are picking people out of the audience on the main screen along with captions and the like.

The show was impressive, as were the orcas for their size. Clearly they're happy too, look this one is even smiling!

But mainly, after a morning of not operating, the orca ocean show finishing sent everybody down past the kid's area of the park, meaning the credit was open!

Arms up on it is brave, no matter the protestations from the ride op, because you get perilously close to the orca tail in front. Not a bad little coaster really, and genuinely is sold as the only coaster in the Canary Islands. The park itself was well kept, of a high standard but the amount of money making opportunities used by the park would put Merlin to shame. Pictures everywhere, upselling of tours and branded merchandise everywhere. Fairly sure it's gonna be all over tourist attractions in the next few years over here too but meh, have an on-park photo;

Siam Park was fortunately only a ten minute walk from the hotel, so we had a full day at the park and plenty of time to get all the rides done. Wasn't sure what to expect as not really the greatest fan of swimming or indeed water rides.

First ride was The Dragon. Complete with a giant **** dragon (biggest in the world apparently), hadn't a clue what to expect and most of the ride was covered by greenery.

Like some of the other rides you have to go on this one in a 4, so we ended up being squashed legs akimbo with two similar sized people. Fortunately. Saw some instances where people genuinely refused to pair up with others. Drop into the dark has a kick to it if like me you end up taking it backwards, speed it picks up into the funnel is unreal. Is overlooked as the parks signature ride because of the tower next to it but it's probably the most popular ride there.

Next to it and sharing the same queue line was the Volcano. Same again, have to go down in a 4 and because of the proximity of the two rides we ended up sharing with the same people as previously. After a few pitch black drops and turns, we entered a giant dark bowl with LEDs and lasers flashing everywhere, before spitting us out into a waterfall at the end.

The parks marquee ride is the Tower of Power. It's also the slowest moving in terms of queue, with the worst queue line and also probably the worst ride at the park. Queueing out in the sun up a giant staircase, before finally entering the upper building and queueing on a cramped staircase with the wind gusting.

When eventually on the ride, water splashes over your face when you first go down the drop, and because of the speed and water it's difficult to open your eyes let alone catch your breath. Again the water splashes you in the face entering the tunnel so you can't see the sharks in the tunnel you go through, and on exit you end up head under water trying to flail your way back to the surface. For me at least, emerging having had no air since the start of the ride and panicked trying to get above the water at the end, then styling it out because of the crowd that watches the bottom of the ride. Tbf, we didn't see one person come off at the bottom and laugh, smile, show enjoyment or even rush back round for another go. Genuinely just seemed like a case of doing it because it was the marquee ride.

Lazy River (Mai Thai River) was a good ride, because of the size of it there was never a queue, although there was lots o bumping and barging as people tried to swim past others. Choice of a rapid section of the exit means it can just be a leisurely ride if you want, or you can take the lift hill and go through the slalom which although painful (back smacked the floor a few times and legs nearly got taken out on the rocks) takes you through a second shark tunnel below the Tower of Power one.

We then rode The Giant, which turned out to be two giant bucket funnel rides next to each other. Two giant drops leading into a big funnel with jets that take you by surprise as you circle. Probably the best ride to re-ride at the end of the day.

Naga Racer was a bit iffy, fun ride to just lay down on your front and race 5 others but the slides were a bit greasy and slimy, not what you really want to be laying on after multiple others.

Jungle Snake was actually four diferent snake theme slides that all finish in the same pool, basically your generic slides you might find at large swimming pools over here.

Mekong Rapids were a big surprise, especially as we were paired with a 5 year old and so went in with the thought it wouldn't be too intense. At times we were up out of the floats and being flung around on the corners.

Next to these rapids was the parks newest ride, and our personal favourite. If it wasn't such a ballache to get to we'd have re-ridden it a lot. Kinnaree has the same start as The Dragon, 4 people in an inflatable that goes down two steep drops, it then enters a funnel and after a quick 190 sends you down an almost vertical drop up into a vertical wall that has some serious hangtime, and then round a few corners into the pool at the end.

There was also a giant splash zone area full of buckets, water jets and the like but it was full of toddlers so we didn't fancy pushing them out the way.

Last attraction was the wave pool that was quiet for most of the day unless waves were going, in which case people rushed to it like a swarm. The waves were huge, the lifeguards aplenty and the cycle of wave lasted for about 10 minutes.

About an hour and a half before the place shut, a lot of coaches must have started leaving to get people back to the other resorts so the place was dead, we managed a couple of re-rides on The Giant as it had the shortest queue-line. As per Loro Parque the money making opportunities were aplenty, but again weren't pressured on you. Can understand why people might have a **** time at the place if it was busy and they ahd to queue for ages, think apart from a 45 minute queue for the Tower of Power the longest we queued all day was 15 minutes. Would thoroughly recommend the place (and a fast pass if it was busy as there's no one slide I'd suggest missing in order to get them done) if you're in Tenerife.

Great report! I have visited both parks back in February, both for the 2nd time.
I've also really fancied Loro Parque. In my opinion it is one of the world's best zoos (I personally still rank Vienna's a bit higher) and the cred is also making it a must do for the enthusiasts (I've skipped it this time, since I already got the credit back in 2007).

A small correction, though. Orca isn't the only cred in Canary Islands. There are also 2 more (a cyclone and a tiny powered one) in Gran Canaria. Riding the cyclone back in 2006 is probably making me the person with most Canary Islands creds on here. 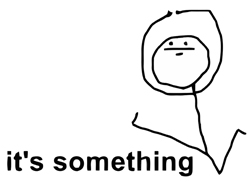 And I agree with you on practically everything you said about Siam Park. Tower of Power is way overrated (gladly it was a walk-on the day we visited), Dragon and Volcano are both really neat, The Giant is a fun and really reradible slide and Kinnaree is just...WOW!!


If there are any other people planning on visiting Tenerife in the near future, I'd recommend you going a week before the Carnival takes place, since they usually set up a relatively big funfair around that time. We were just a bit too early this year, but I can tell that they had 4 creds already up, but not open (for those interested, a Reverchon spinner, Zamperla Dragon, enlarged butterfly and a L&T Water coaster)

Well I've learnt something today, wish I took a picture of the sign declaring it the only coaster in the Canaries now. Yeah we really liked Loro Parque, was a nice place to just wander around and take in each exhibit.