I haven't seen this anywhere else: 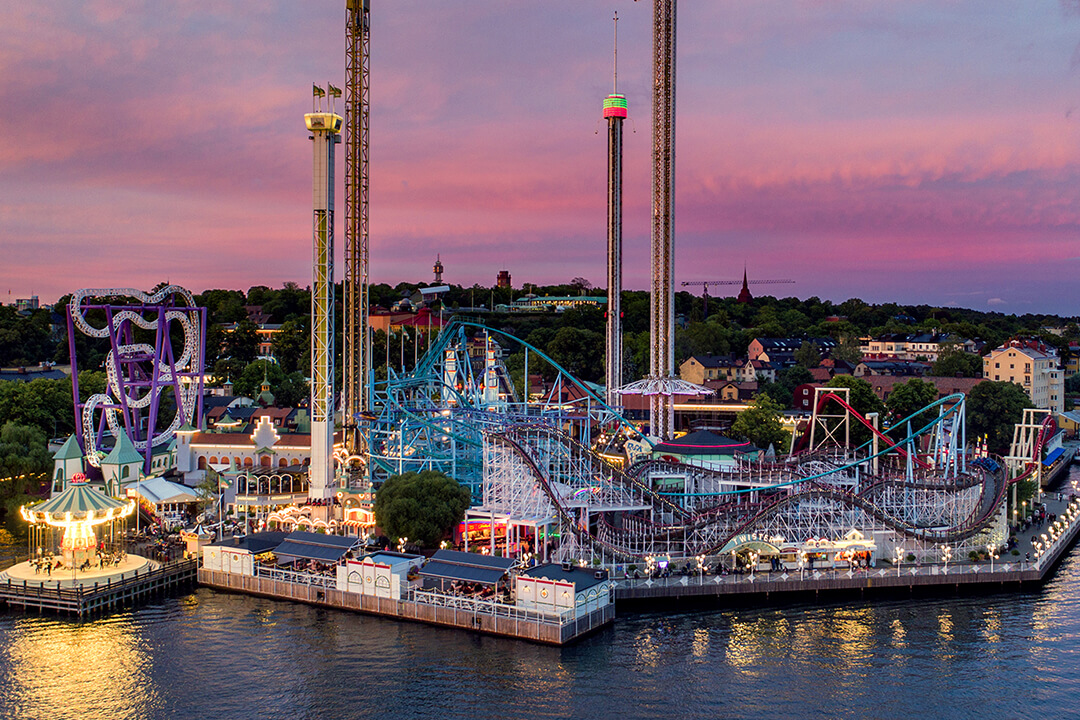 Grona Lund are looking to turn a car park into an expansion of the theme park, seemingly for 2024. A before and after of their idea: 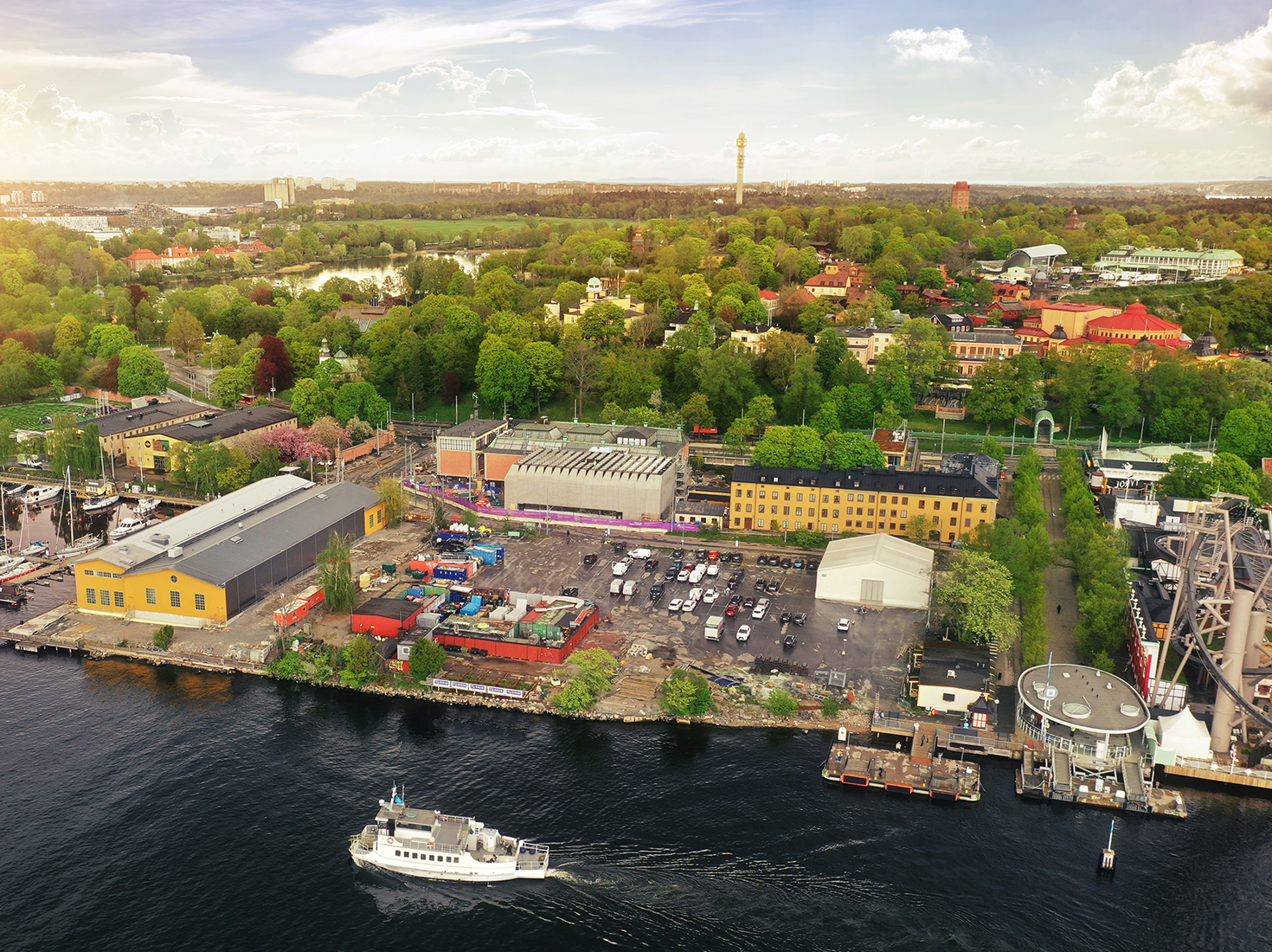 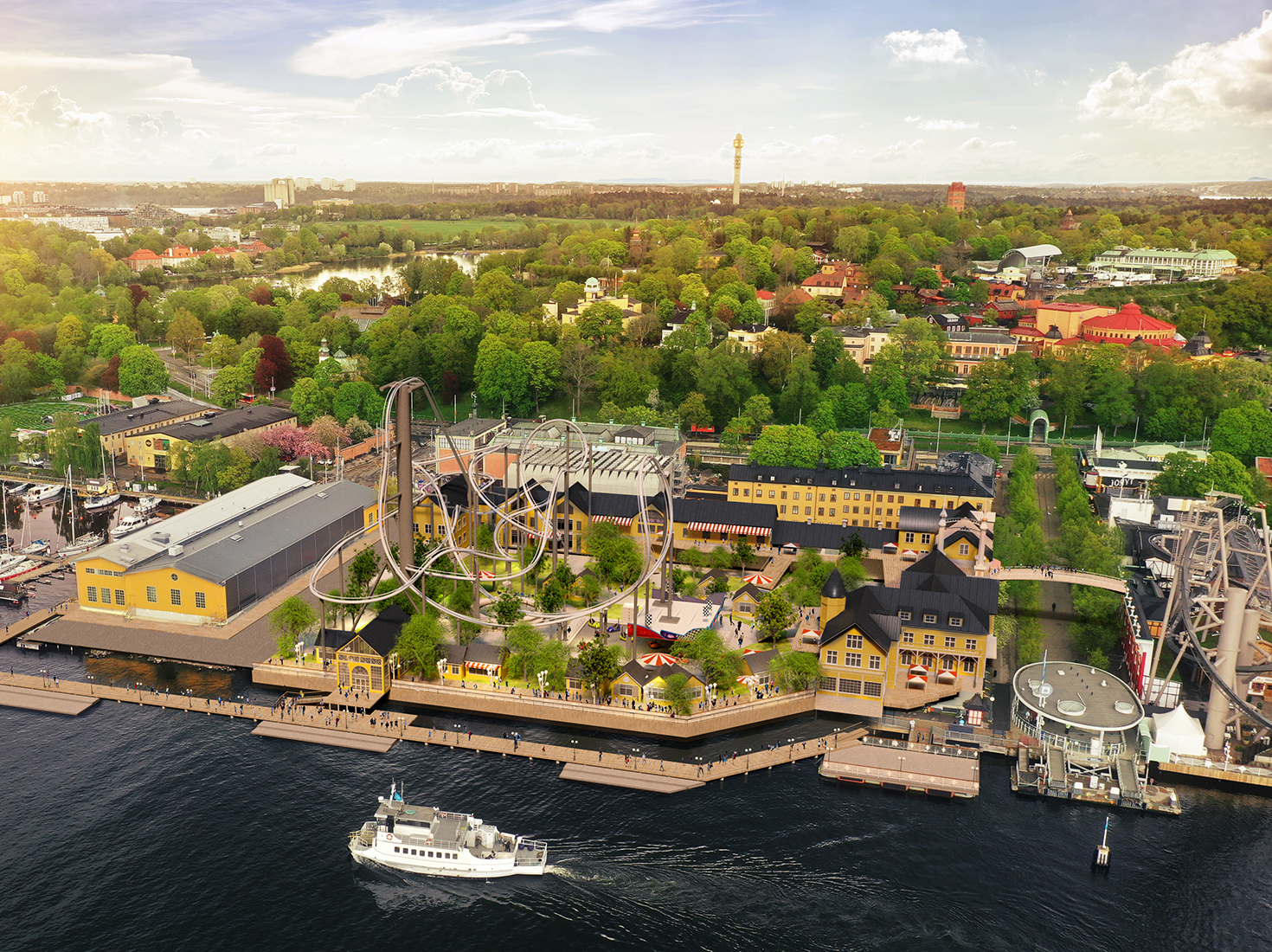 This also includes new walkways on the water as well: 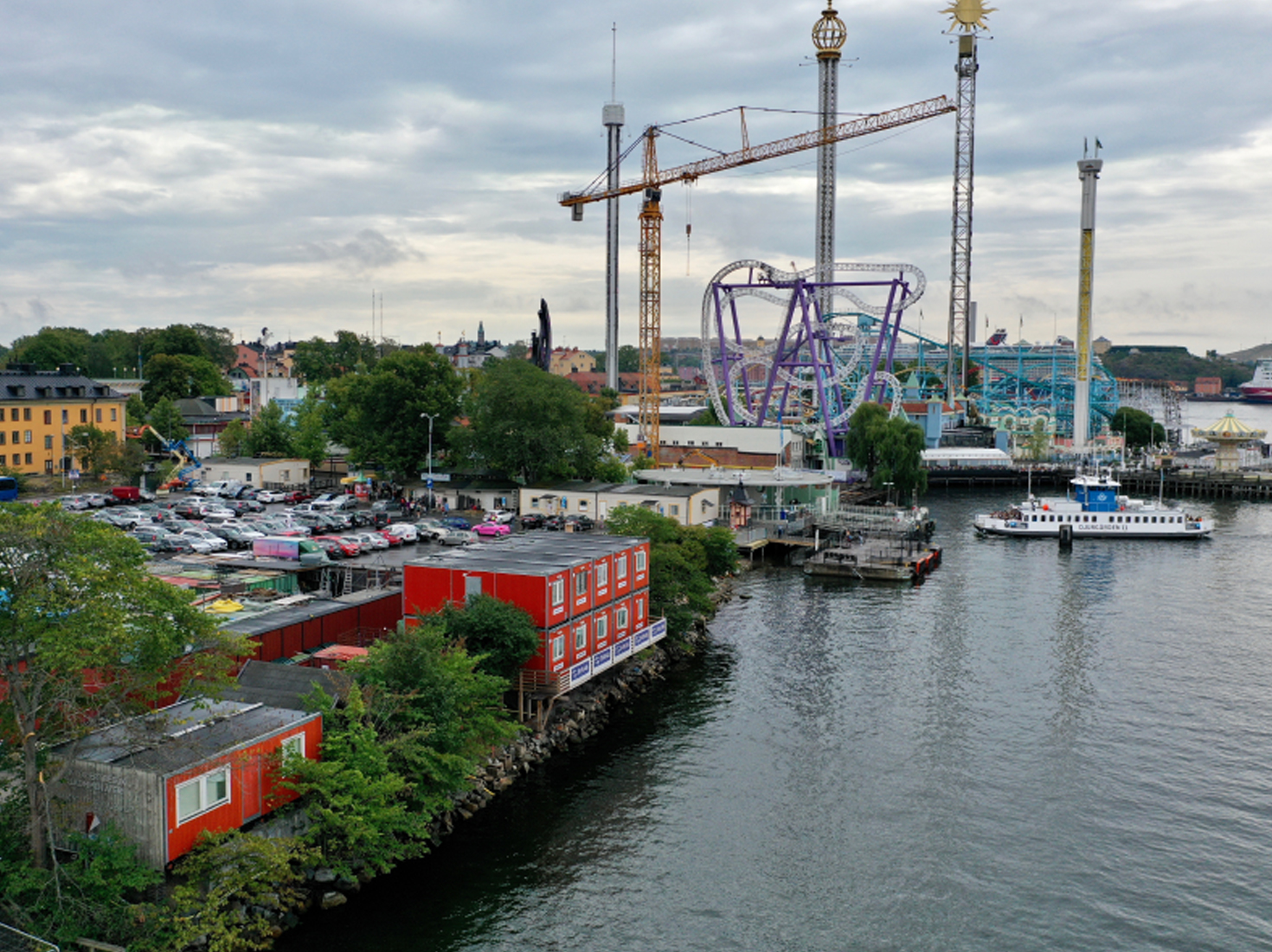 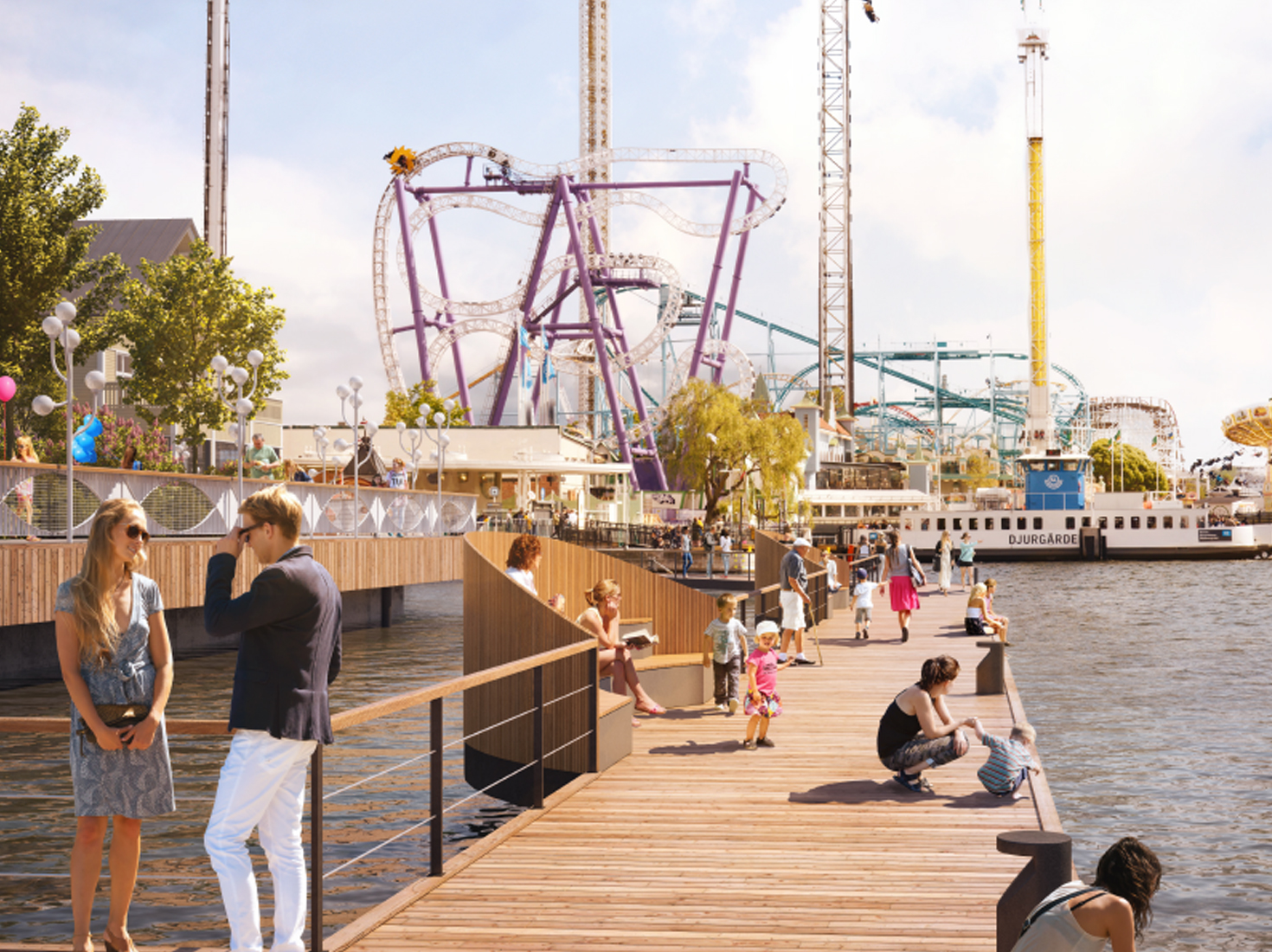 I know Grona is a very densely packed park, so looks like this would be a welcome next step (and gives them more space to dense pack over the next 10-15 years I'm sure).

The area itself used to have attractions in the past. I'm not sure if it's a translation thing, but this quote suggests that construction would start in 2024, as opposed to it opening for 2024:

Our hope is to be able to put the shovel in the ground in 2024, a hundred years after Nöjesfältet first opened its doors in the same place.
Click to expand...

Great to see the park try to invest, expand and add another big thrill coaster, I'm sure its just an representation to show they intend to add a coaster but that would be one funky layout.

That absolutely screams new-gen Vekoma 100% omg. Look how similar the track shaping and elements are to Lech. Holy **** they haven't even opened Monster yet, the future is very bright for the park, and here's yet another reason to want to visit. Won't be long before that coaster has at least 5 more coasters underneath it. Anyone know how much this expansion will increase the size of the park, in terms of land area? And do the park currently own the car park? If so then surely they'll need to build a new one elsewhere?

On another note, after this, I feel the park is only really missing a launch coaster. Doesn't need to be anything Helix like, heck, an SRII or something similar would do the job just fine.
Last edited: May 24, 2021

This new wave of towers as coaster supports is cool.

A single rail coaster would also work here even if there are rails in the concept art.

The car park doesn't look to be an efficient use of the space and often relocated in expansion projects.

emoo said:
The car park doesn't look to be an efficient use of the space and often relocated in expansion projects.
Click to expand...

A multi-storey would probably make sense at Grona. Expensive to build but a tiny floor space.

I also spotted this new render hehe, given that they have shown a similar render before I assume that there is at least a little bit behind the layout (even though nothing has been approved). They have been approved a max height of 45meters, so this is most likely what we are looking at here.

I would have guessed that this would be a launched coaster but it looks like the station and break run (see red mark) is placed high up, and goes into a lift hill.

Looks like a very unique Dive Machine to me.

I certainly wouldn’t be surprised if it was a new-gen Vekoma, given that Parks and Resorts Scandinavia seems to have a strong relationship with Vekoma, but is there a possibility that it could just be a placeholder?

Matt N said:
I certainly wouldn’t be surprised if it was a new-gen Vekoma, given that Parks and Resorts Scandinavia seems to have a strong relationship with Vekoma, but is there a possibility that it could just be a placeholder?
Click to expand...

Of course there's a possibility, but this seems too well-designed/realistic to be a placeholder. It doesn't look like those dodgy concept arts layouts that make no sense, and it looks suspiciously like a new-gen Vekoma sitdown, specifically Lech-inspired.

Staff member
Administrator
Moderator
Social Media Team
My guess is that this is a stylised version of a work in progress layout - probably prepared for this sort of concept image.

Looks like Vekoma (and is where my money would be at the moment), but I don't think it would take much for this to be a BigDipper either.

Hixee said:
My guess is that this is a stylised version of a work in progress layout - probably prepared for this sort of concept image.

Looks like Vekoma (and is where my money would be at the moment), but I don't think it would take much for this to be a BigDipper either.
Click to expand...

I've never known Mack do a sideways/outer-banked hill quite in the style as the one after the overbank, unlike Vekoma. That layout has Benjamin Bloemendaal written all over it.

They've been fighting for this expansion on the car park for well over a decade (in fact googling it a CF Thread from 2008 comes up Link), and there's been other concepts before with other rides - like an Invert for instance, wonder what happened to that idea. Its likely I'd think that they now want a dive coaster/something with a large first drop however no firm designs or manufacturer are yet attached. Would be little point given its not guaranteed to happen.

Start of this month it was reported that the latest expansion proposals were rejected by a court. However the park are appealing. I imagine this new announcement is to generate some public attention/support.

Gröna Lund has suffered a setback in the battle to expand the theme park. The Swedish Chamber of Land and Environmental Affairs of the Court of First Instance has revoked plans to enlarge Gröna Lund to the car park.

The Gröna Lund has been planning to use the area of the adjacent parking lot for an expansion of the amusement park for a long time. In the course of this, a detailed concept was worked out, which was approved by a large majority in Stockholm City Council on April 20, 2020. Nevertheless, the plans were challenged in court.

After a period of uncertainty, it has now become known that the Chamber of Land and Environmental Affairs of the Court of First Instance is opposing the plans for the Swedish amusement park. The Gröna Lund now wants to appeal to a higher authority.

“Right from the start, we expected that this process would lead to the highest level and that it could take time. So we were prepared for obstacles. The expansion plan has gone through all the democratic processes in the city of Stockholm that a detailed plan must go through […]. We intend to appeal the decision of the court as we are of the opinion that the plan and the decision-making process are well-founded and carefully worked out, "commented Christer Fogelmarck, managing director of the owner group Parks and Resorts.

In the 2021 season, Gröna Lund will open “Monster”, a spectacular roller coaster that was built compactly into the amusement park, which was struggling with space problems.
Click to expand... 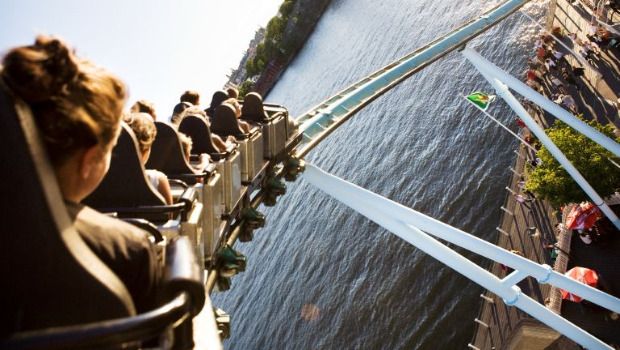 Fingers crossed things finally work out for them and this doesn't continue to be on the list of parks endlessly fighting to expand...
J

Will be great news for the park if it goes ahead.

I must admit though, part of me is disappointed because I wanted to see if they could find a way to build another 2 or 3 coasters on the existing land before expanding.

Staff member
Administrator
Moderator
Social Media Team
Hahah, agree with James would rather their use their ingenuity to expand on what they’ve got rather than expand. I’ve parked all day in that car park twice, which means I’ve paid for installation of the new cred myself!

As @CSLKennyNI said they have tried to expand into the carpark for a long time. Occasionally something about it comes up in the local news.

Found this photo of Nöjesfältet from Wikipedia

CrashCoaster said:
A multi-storey would probably make sense at Grona. Expensive to build but a tiny floor space.

Great to see they are not sitting still.
Looks like a fair good expansion with room for future additions. Also good food and drink opportunities added. And the boardwalk is a nice touch.
(I used to work with Swedish in my team, nice to hear the language again).

This is what I call exciting! Grona Lund already looks like the best boardwalk park in the world, I love how everything is so compact and clean, I love how the coaster and flat ride collection is solid and cool, and I think that this expansion with the what looks like this cool new Vekoma or Mack, and lakeside pathway will make this park which is already an awesome riverside place to hang out more polished

Big news: this has been approved!!

Incredible news! Can’t wait to see how this develops - still hoping for a Vekoma tilt looking over the city and diving towards the water.

JoshC. said:
Big news: this has been approved!!