Staff member
Administrator
Moderator
Social Media Team
Okay weird. I was expecting these tanks to be those 'stationary swimming' type things where you'd then hold on to a little propeller thing (I don't know technical terms for this ****): 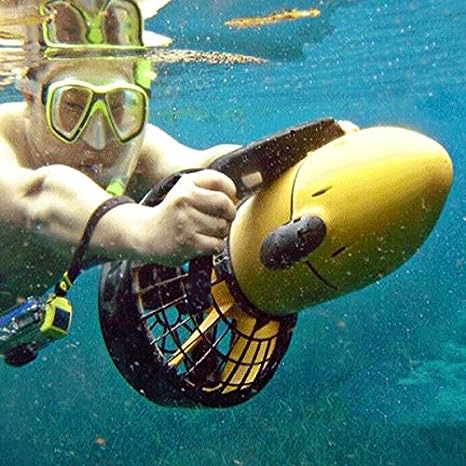 If it's not a setup like that, how does it work?

Ethan said:
Pretty sure those machines propel you forward?
Click to expand...

No, not here. Its stationary fixed to a rig. Perhaps better shown in this picture from the prototype tests in Rulantica's Skog Lagune back in January.

Ohh... This suddenly got a lot less appealing.

Some footage of the new Hyggedal relaxation + sauna area and a glimpse of a digital 3D concept model of the upcoming Svalgurok.

The model's background gives some glimpses of the masterplan for the future too - the second indoor hall mirroring the original and third screenshot posted in the far background on the left marked as a blue profile box is the next resort hotel planned to sit beside Kronasar.

Anyone else reckon it was a massive oversight for Rulantica to not put in a Hydromagnetic slide in the original park. Would be a first for Germany.

Kind of like how the DreamWorks water park in NJ has a hydromagnetic slide running around the full perimeter.

A Tornado would have been a good landmark slide too (Call it Maelstrom), I'm aware they have a Tornado wave, but again, nothing quite matches the visual impact of a Tornado.

Beyond the current phase of 2020/21 expansions Rulantica has plans for a third slide tower to be added within the next 5 years. The tower will feature 3 new attractions, 1 of which will be an 8 lane RallyRacer mat slide from manufacturer ProSlide (already responsible for most of the major slides in Rulantica and the upcoming Svalgurok expansion)
Park project manager Charles R. Botta in an interview with ParkErlebnis.de added that the tower may also house additional gastronomy, sauna and wellness offerings however final decisions on these have yet to be made.
Source

do they ever stop plotting

I still find it amazing and remarkable how quickly they are expanding this place. The construction walls have barely been down long and yet phase two is now underway.

Rulantica's project manager has confirmed Svalgurok will open 22nd May 2021 in time for the Pentecost public holiday weekend in Germany.

It's not yet clear when the other 2021 additions "Snorri's Strand" (outdoor kids play area), and a new gastronomy offering in the outdoor area, will open. Since it seems unlikely the park will reopen until the new year Snorri's Snorkeling VR will presumably just open whenever they reopen.

Some aerial shots from Themeparkmagic.

Aerial shots come from this video:

Green - Inbetween Hotel Kronasar and the site of the future next Scandinavian Hotel the building for YULLBE (the resort midway VR attraction that opened last September). Eatrenalin the experience restaurant opening this Autumn will also be here. (thr7ead)

Red - Construction here for an extension of the changing rooms/lockers facilities.

Blue - Svalgurok construction site, due to open May.

Dark Blue - The building for Snorri Snorkling VR which was set to open before Christmas. Now it presumably will just open whenever the park does.

No noticeable foundations visible yet for the other new 2021 outdoor area for kids Snorri's Strand.

Installation of slides and the play structure has started on the Svalgurok construction site. 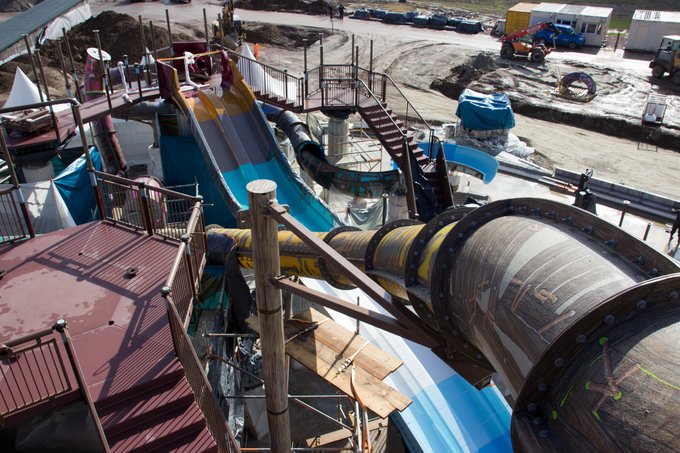 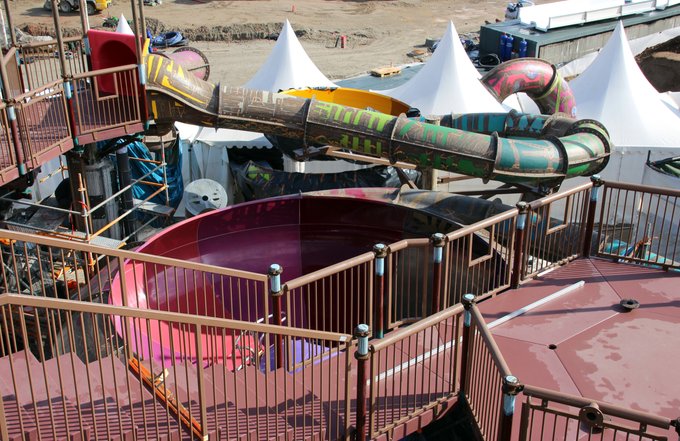 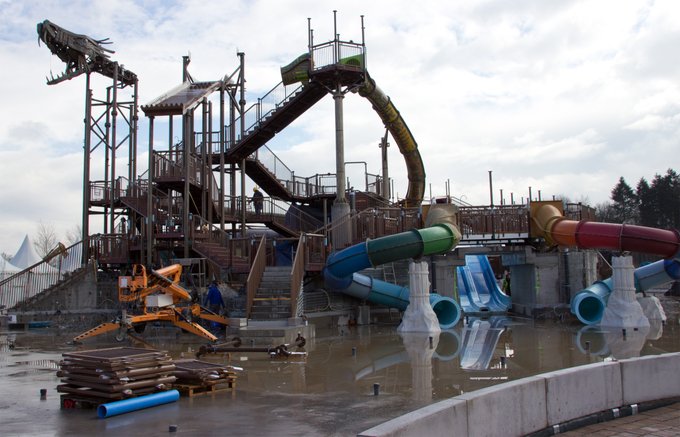 Universal Rocks framework for the ice theming around the base of the structure. 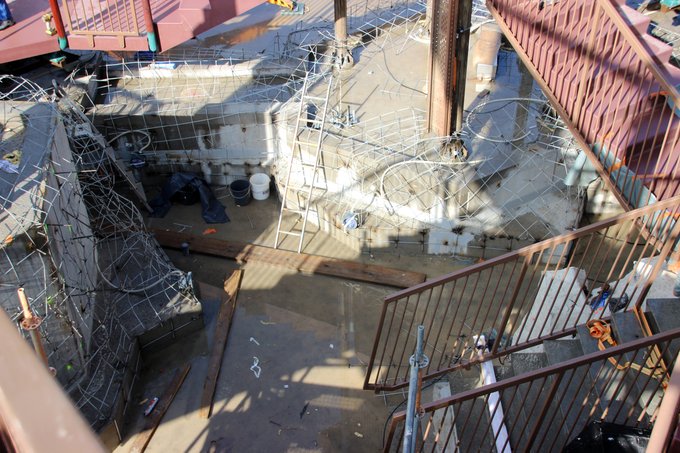 A footchopper on a waterslide? 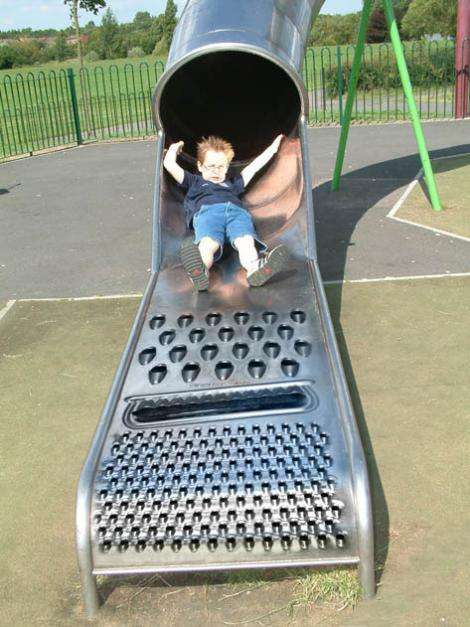 Rulantica have shared on their Instagram stories some clips of the construction site.