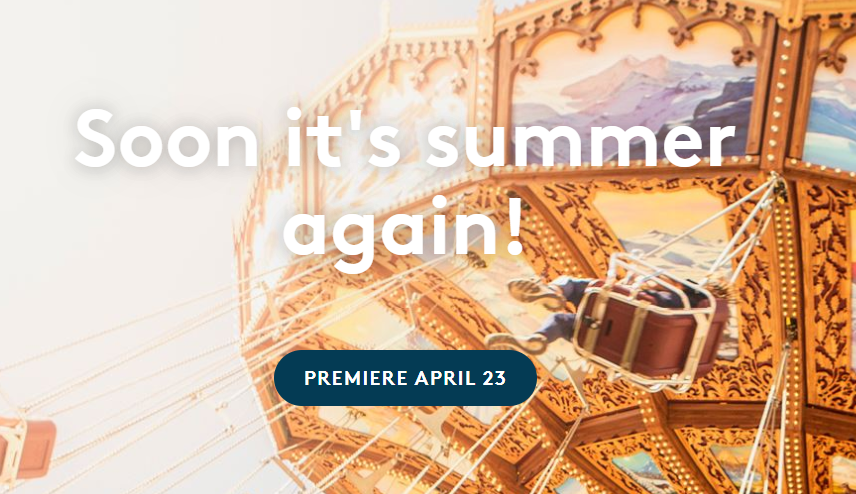 I'd love to come along to Paultons as my first Live meet!

Having done Finland last year I'm sure that will be an excellent trip for those that go!

Good selection of parks there - I should be in for Alton and Flamingoland, and hopefully Poland. Paultons is most likely out for me sadly as I'll be in Sweden most of the preceding week (so not actually that sad )

Potentially interested in quite a few of these, both UK and Euro, particularly paultons, flamingo, finland and poland.

Well, I'm definitely looking at Paultons, Finland, Flamingo Land and Poland. Those are all parks that I've been planning to visit, and look forward to enjoying with my fellow CFers.

Whilst I'm not planning on going back to the US this year, it's great to see that the CF USA team seem to have a solid line-up planned once again. Compared with how sparse I remember the USA Live season being a few years ago, it's great to see how far things have come on the other side of the Atlantic, so props to the USA team for their efforts in driving things forward.

The UK line-up looks really weak, though. There are no weekend double-day events, which have traditionally been a good way of bringing new people in and building friendships. Out of the three parks, the first tends to lack in atmosphere as a Live, the second is a park aimed at children without a major headline draw, and the third tends to annoy everyone through awful operations and a terrible guest experience. None are bad choices as such, but I'm not sure how well they'll work as stand-alone days, especially as they're the only UK Lives planned. With no second day to balance out the weekends, I suspect we're going to see the group fragment on the other day, with a variety of cred runs planned by the CF regulars behind closed doors, and newbies left to fend for themselves.

If you want to bring in enthusiastic new members to the UK and European Live scene, I reckon most people will want to start with UK Lives and branch out from there, and I honestly don't think the current UK plans are going to be enough to bring new people on board. I'm sure us established regulars will have a great time of it, making our own plans and running a load of additional trips of our own to fill out the season, but that doesn't really help with the stated intent of trying to rejuvenate the Live scene through increased attendance.

Ooh, Finland seems very tempting! Might go for my first Live in a while there!

Oooh buddy! East Coast Live is an almost definite for us - we have a nearly two-week trip planned and I've already shuffled our plans to include those dates. That's gonna be one hell of a party.

We're gonna try super hard to get over to Texas and give some love to @tomahawk and @Skeletor, as May 10th is also @StretchMcCoasterGuy's 30th birthday, but that one is a little iffy because of work. And mayyy try to sneak King's Island in there, as well. Florida is too far away to say just yet.

As long as we can keep a certain someone from getting wrapped around the toilet again...

Howie said:
Possibility of finally meeting the legendary Tomahawk in November then? I'll take it.
You'd best be awesome in real life. Counting on you, bro.
Click to expand...

Well now I HAVE to go.

Love it! Texas is definitely the most doable for me, will plan to make it down there. Would love to try to sneak in an extra park or two as it's all uncharted territory for me.

Hershey and Great Adventure are must do's for me this year so gonna try to make the East Coast weekend as well. That one might be tricky as I'm pretty sure I'll be taking classes, but hopefully that won't be a huge issue. I'll probably just have to screw myself over for that following week lol.

Can't wait to reunite with some of you fools and hopefully meet more new faces!

Sky said:
as May 10th is also @StretchMcCoasterGuy's 30th birthday
Click to expand...

Ok now you guys HAVE to come. Gotta continue the tradition of killing Groot on the Lives.

Well I'm definitely gonna be at the Finland Live I should also be able to get at least the King's Island Live aligned with my US road trip so that's neat. Poland is a must as well.

I want to note that we will be at Holiday World during the weekend of Holiwood Nights and have every intention of participating in the event. I hope everybody's ready for Voyage at night! In addition, the Florida Live falls the weekend prior to IAAPA - If you're planning on attending the trade show or would like to at least get a bit closer to the action, we'd love for you to join us!

So, to address the elephant in the room then; the Liseberg thing. Do we know for certain that it won't be open on Apr 11th? Are we waiting for an official park calendar before finalising any plans? Will the event likely be delayed until the park is open, or are we just gonna go somewhere else?
Don't mean to nag, just wondering what the current thinking is.

Hutch said:
Ok now you guys HAVE to come. Gotta continue the tradition of killing Groot on the Lives.
Click to expand...

We're going to try our best! (However let's not kill him on his birthday please... ?) I think a lot of it will depend on if we do group lodging and what that cost might look like.

Sky said:
We're going to try our best! (However let's not kill him on his birthday please... ?)
Click to expand...

She's already had one near-death experience with me before (separate from the one that occurred at the Live). I don't think she wants to experience that again. ?

Sky said:
We're going to try our best! (However let's not kill him on his birthday please...

Lets just say they always do it bigger in Texas and I've already maybe found a few places.

Dude!! Do your thing! We hope to join you, but if we can all share an Airbnb, or something similar, we'll be almost a sure-thing to be there!!

You can guarantee I'll be there for the SFGAdv and Nickelodeon Universe days! I'm fairly sure I'd be able to make it to Hersheypark as well, but since it's a weekday I'll have to verify closer to. I'd also be interested if anyone else was considering going down to Busch Gardens and Kings Dominion either before or after, since I need to visit those parks this year. Lastly, depending on the price, it may be a good idea to do the Dreamworks water park during the day and save Nickelodeon Universe for Twilight Access. Even if we skip the water park, seriously consider the Twilight Access.

Will also note that I'm going to be over 21 by then, so, ya, it'll be a time. If you guys want to come into the city as well, I can show you around my stomping grounds and bring you to a some hella good bars.

Sweet, time for me to get super awkward around everyone!