Good afternoon. I think this project was announced 3 or 4 years ago, but in recent months it's begun to get going.

https://www.facebook.com/video.php?v=1732955696949517
They have recently been doing vlogs, one of them shows the rides in storage:
This was the Ferris wheel from Brighton

This the the Mack E-Motion coaster that used to be in the Amsterdam Dungeons (Reaper, Drop Ride to Doom)

The other coaster was the Schwarzkopf Shuttle Loop at Toshimaen

If they don't theme the E motion its going to look so so weird. Cute that the shuttle loop is going to be the star attraction though, i assume it'll be a Gronalund type vibe!
T

Holy... They have a Giant Evolution!

Staff member
Administrator
Moderator
Social Media Team
That shuttle loop will be needing a crap load of work. It was sitting SBNO at Toshimaen for years.

I'm actually really excited for this? City parks are great, but this has some really weird investments. Also, Reaper! Drop Ride To Doom was ****ing awful, why on earth would they just buy it and plonk it in?!
S

Some classic rides they have there.
The Shuttle Loop could also get new trains and engines like the one at Walibi Belgium. The trains look rather sad - but could also be just dust, we do not know how good it was stored after leaving Toshimaen as we have no close up on the wheel assemblies. But we saw nothing of the engine block...
Not fluent in Netherlands but I guess some work has begun
And they had some kind of groundbreaking buffet on site - I assume the logo indicates some public funding
Plus a plan of the area - location looks great and seems like the ride area is elevated with parking underneath:

Social Media Team
This is so weird. That Coaster purchasing selection is so odd xD

So upset that people can get Reaper, it's so excluse </3 such a random cred I presumed that had been melted down for iPhones.

I can't believe that Shuttle Loop from Toshimaen is being resurrected. They will have to redo the entire ride with new everything to get it working. And Reaper will look really weird without any theming - surely they'd have to do something with that as well.

Even so, it looks quite fab and I'm excited to see it all come together.
S

I guess they wouldn't have shipped the Shuttle Loop over if it wasn't in a basic restore-able condition - otherwise it would have gone the way of Thriller after Skyline-Park checked it out in Mexico.

Likely the park will include a waterpark as recent Youtube vid introduces "The Worlds Longest Water Slide" - it will start at the top of their main building and circle the whole perimeter of it multiple times.
S

New article from http://www.pretparknostalgie.nl/attractiepark-rotterdam/ in Netherlands.
Key points:
- The area is a former waste incinerator locally known as "South Cathedral"
- The guy planning the whole re-design also has re-designed the Kalkar nuclear power station into Kernie's Wunderland
- all incinerator machinery has been removed
- the outside ride area has been cleared of machinery and leftover buildings
- the former smokestacks will be used to vent fumes from restaurants
- one smokestack will be equipped with an observation ride with a 90 meter view over the Rotterdam harbour
- opening for summer 2018
Isn't it time to move this to "Park Construction"?
T

Look at what just turned up on the site. The old Boomerang coaster from the Pleasure Island theme park. 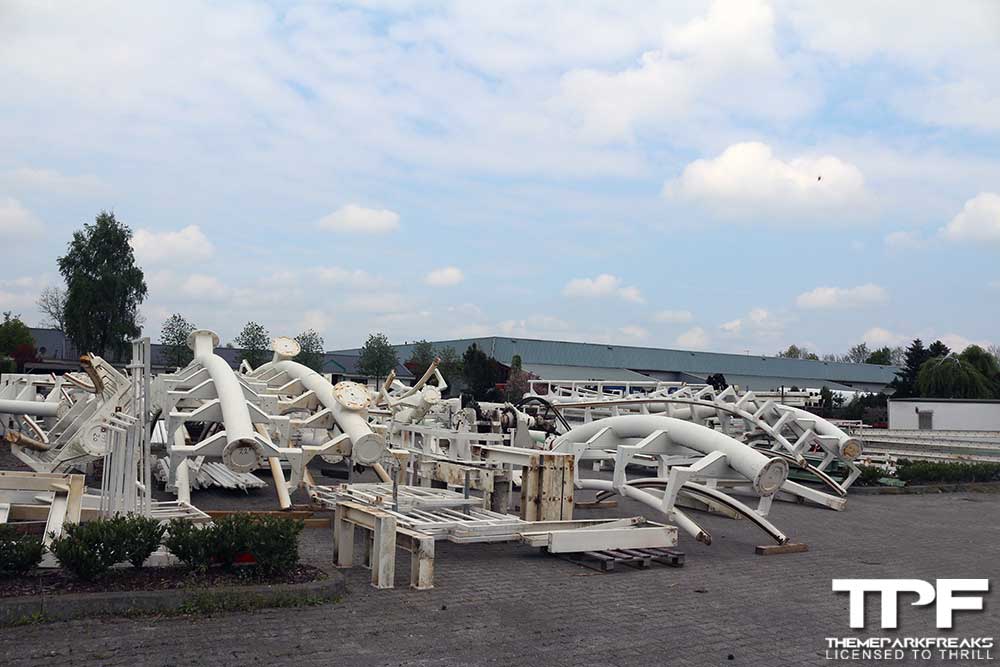 source
In other news, the park is also planning to install an 850m long toboggan run in one of the buildings. Can't really get what exactly it is all about, but it certainly sounds intriguing. 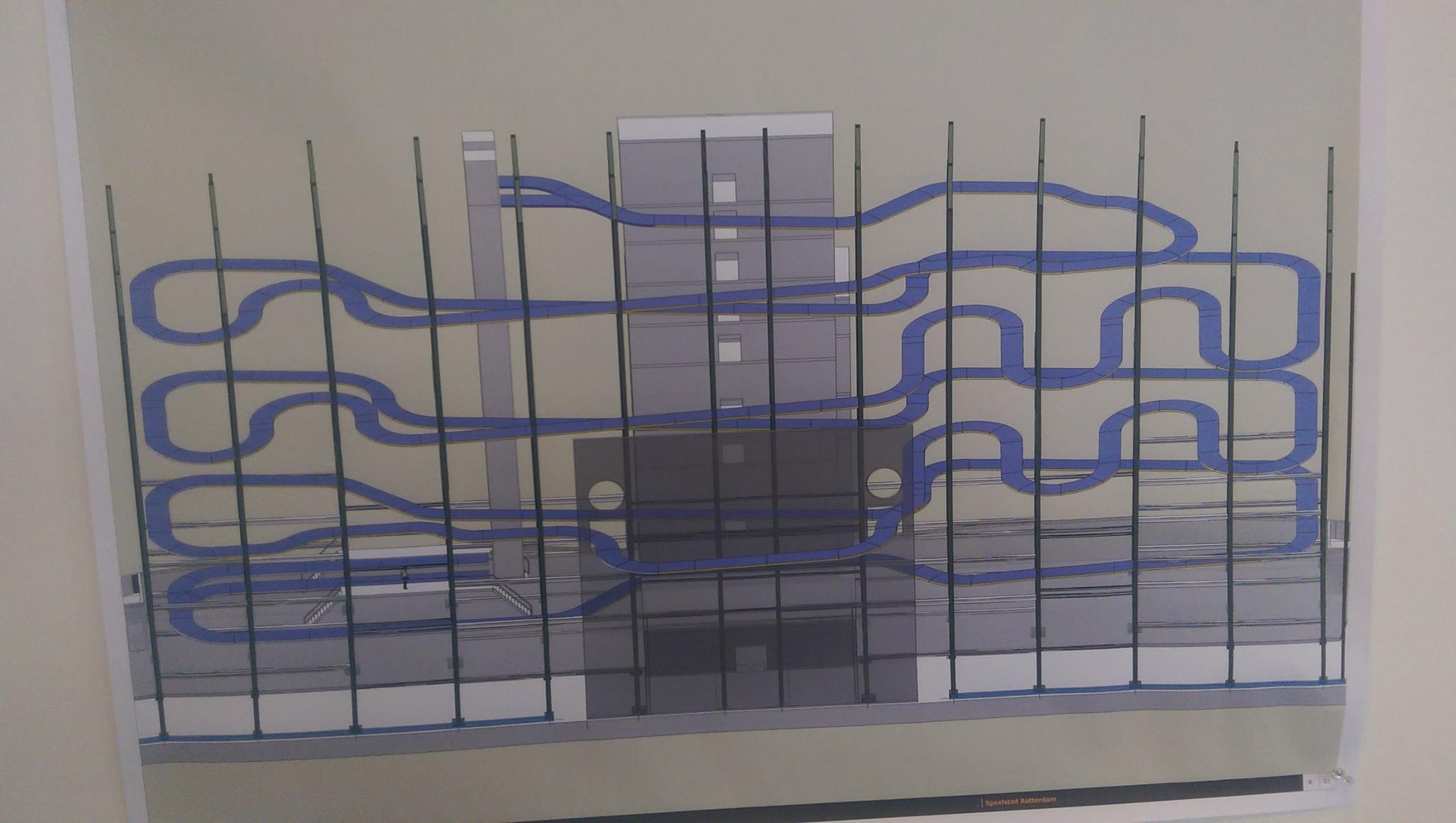 It is also announced that 'Le Grand Roue', the Ferris Wheel that was removed from Walibi Belgium, will re-open at Rotterdam!
S

"The Rotterdam Amusement Park, which was under construction, founded by Hennie van der Most, is already receiving a blow. The arrival of two major attractions, including a Schwarzkopf Shuttle Loop Coaster, is suddenly canceled due to stricter safety requirements, according to the founder. The attraction that many fans were looking for, the launch roller coaster by beloved manufacturer Schwarzkopf, will not come anyway. This is the founder of Hennie van der Most to the Dutch Algemeen Dagblad. According to Mr. van der Most, the attraction was canceled due to stricter safety requirements. "I probably have to make all kinds of adjustments, which can cost one million euros, or maybe one and a half, and I do not want to embark on an adventure like that." The tens of meters high thrill ride 'Evolution' is also being deleted. Both attractions will be sold abroad. The cancellation is quite unexpected, as Hennie van der Most said in an interview with Brakesection Magazine last month that they were busy with the Shuttle Loop and were talking to a firm in Canada to renovate the launch. In the site of the two top attractions, van der Most plans a large theater that should be there by 2020."
RIP.

Oh dear! What a blow for them! Isn't this also the place that purchased Reaper: Drop Ride to Doom from the Amsterdam Dungeon?

If you don't mind, could you please post the source? It's courteous to the original author(s).

Sent from my VS501 using Tapatalk

I google translated it