"Ankara’s temperamental and controversial Mayor Melih Gökçek has vowed to build the largest theme park in the world, on Nov. 17 during a lunch with a group of his most steady followers on Twitter.

The mayor, who has been in office long enough to witness the birth and full emancipation of a new generation of voters, has kicked off a campaign to ask for one more term – which will be the last, he says – as the head of the Turkish capital’s Metropolitan Municipality. If elected, Gökçek will round off his mayoralty to a quarter of a century.

During the event, aiming to celebrate the number of his followers surpassed the 1 million mark, Gökçek announced his most ambitious project will be a theme park like Disneyland. “In terms of surface and attractions, this theme park will be not only Turkey’s but the world’s largest,” Gökçek said, adding that construction has already started.

Gökçek also said test drives at the Sincan metro line, which has been under construction for 12 years, will start next month.

He also reiterated his ambition of retiring from politics after his last term, to jump in the waters of investigative journalism. “If God gives me more life, I want to be part of the media,” he said.

Media is not a sector unfamiliar to the Gökçek family, as his 30-year-old son Osman Gökçek is currently the general coordinator of Beyaz TV.

Gökçek has also drawn international attention for few months with his twitter campaigns and hashtag wars against the coverage of the Gezi events by international media outlets such as the CNN and the BBC.

With over 46,000 tweets and retweets from his account, Gökçek is by far the most active Twitter user among the ruling Justice and Development Party (AKP) figures."

Yeah... So thank the mayor, wish more mayors were like him.

Too bad it won't have the quality of Disneyland.

There's no need for them to have that though, the reason Disney are so successful is that they're head and shoulders above the competition, and there's lots of it. Whereas this has barely any competition, even in the whole country.

I can't believe they are spending this money to build that amount of cheap coasters, instead of 3 good coasters. I kinda love it, in a strange way.

It looks like they're playing RCT1 and doing everything they can with only 3 types of coasters.
S

The only competition in Turkey would be ViaLand/ViaSea in Istanbul - at least these sister parks have opted to do class over mass with their ride lineup.

Idk if it would be much competition. The two major cities they serve are 5 and a half hours from each other according to google.

The Zierer ESC 535 model is going up at Ankapark now 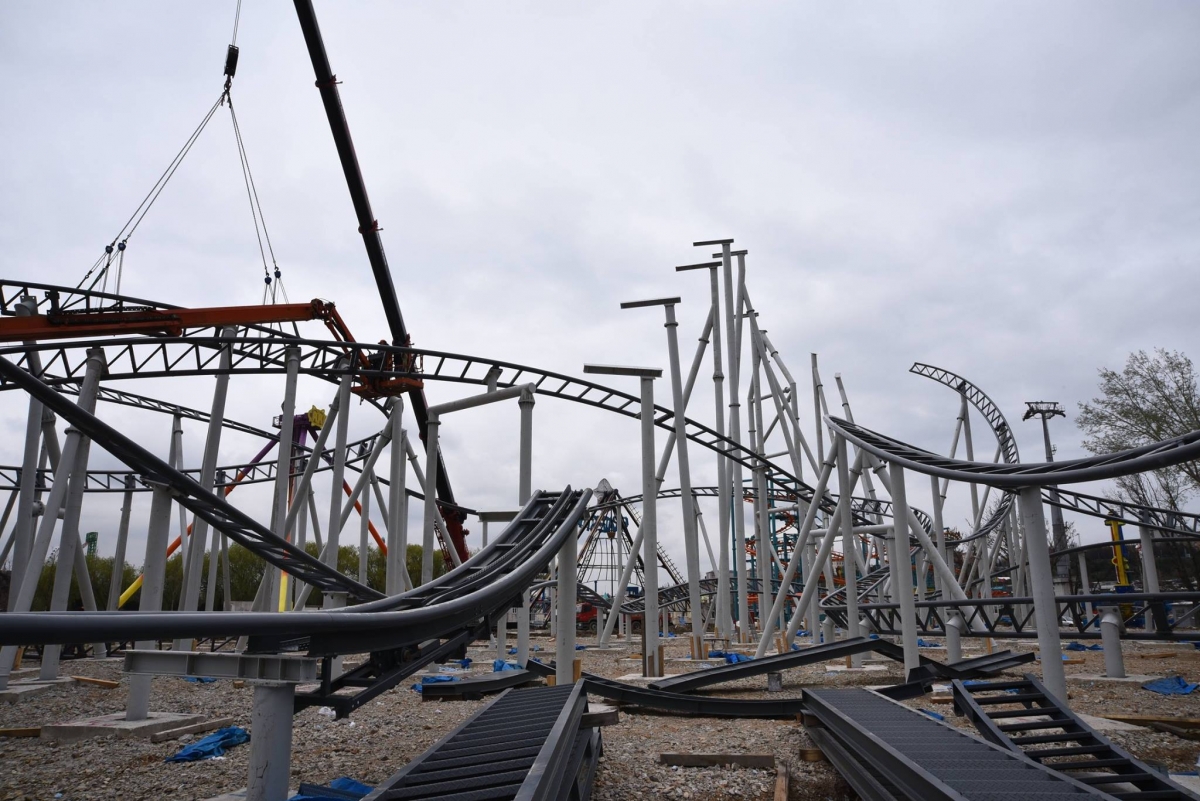 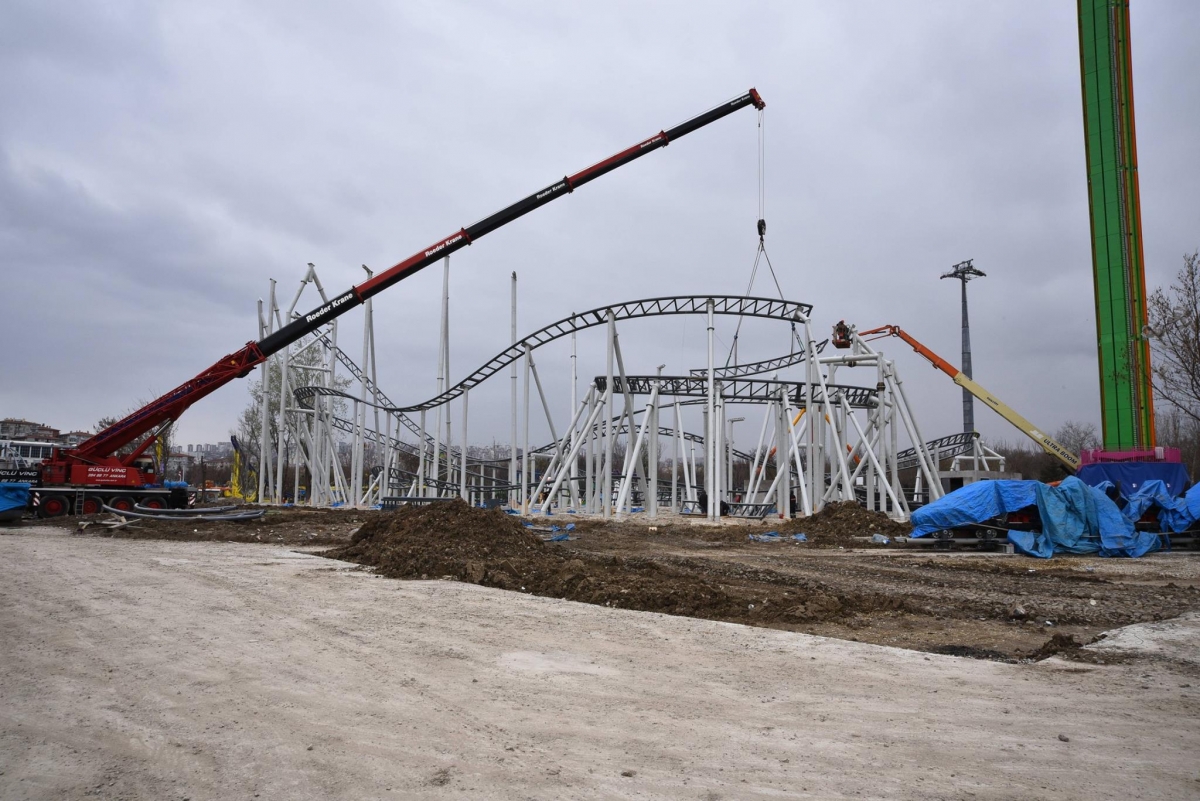 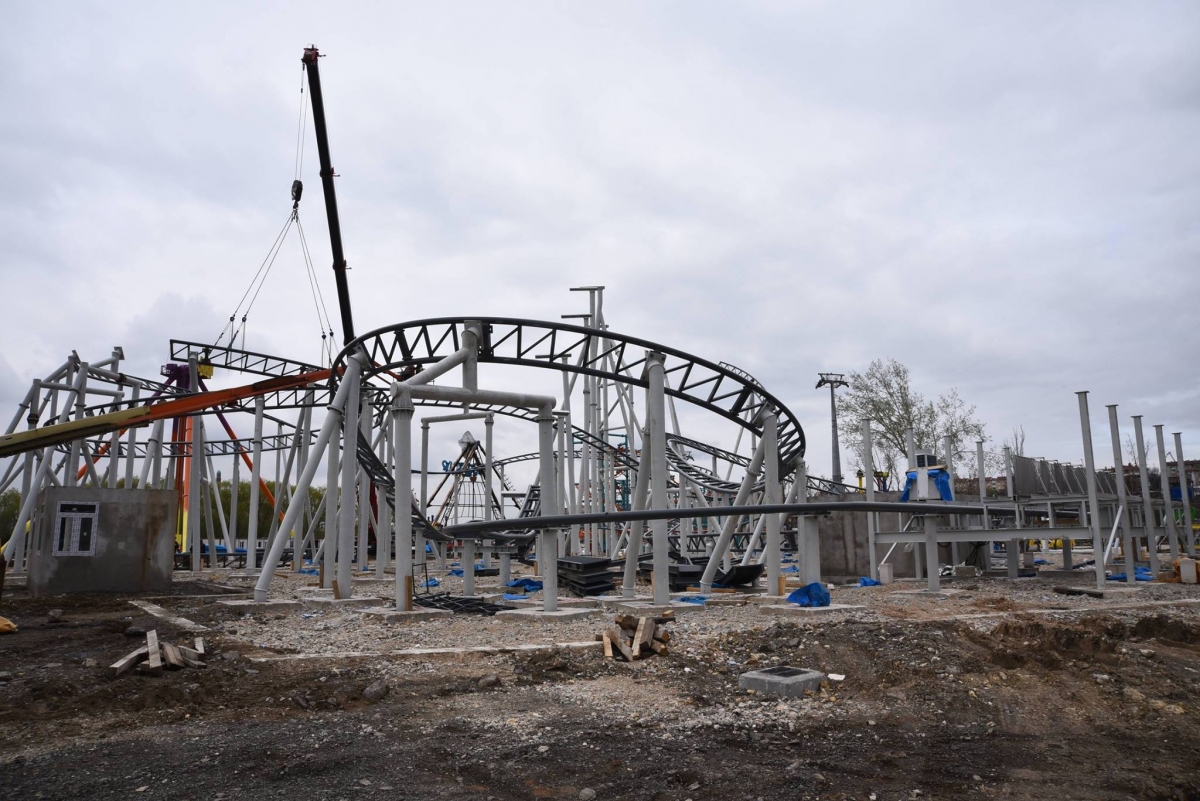 roomraider said:
The Zierer ESC 535 model is going up at Ankapark now

Thanks for keeping us updated!

So many rides is a big gamble, hopefully it doesn't fall flat when it opens.

Looks like the Intamin Hyper Splash ride is now on site at Ankapark .

I'm surprised that anybody actually wants to buy any kind of water ride from Intamin these days.

They should cancel the Volare whilst they still can, its a complete waste of money that would be better spent on scenery and theming.

I don't think Volares are much worse than some of the other coasters they've built (Interpark Wild Wind, SBF Tower Coaster, knock-off SkyLoop, etc.)

The theming quality of the park is to a really high standard - but I have a feeling that some areas will be themed and others they just won't bother with...

The disgusting Wild Wind is up.

The Wacky Worm has an amazing theme :lol:

^ Note that this is just the Wacky Worm they use for promotion! It used to be located in the preview centre, but has now apparently been moved to the EXPO in Antalya. The actual Wacky Worm, that's located in the park will have a worm theme, though. Who knows, perhaps they are planning to relocate this one to the park as well?